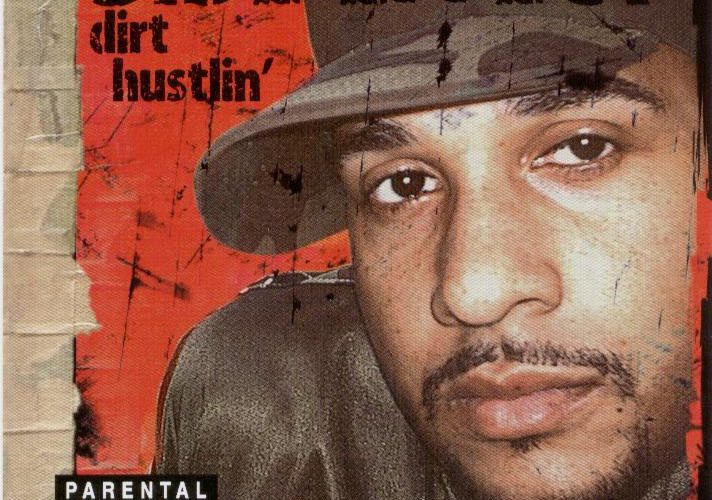 “I got a virgin tight flow, so there’s never a confusion
why your hype lasts as long as a New Year’s resolution
I bring in the year with buzzwords that’ll ring in your ear
Like when niggaz bust they thing in the air
Rappers feel they ain’t makin what they need to survive
This for them niggaz who got deals and sell weed on the side
Droppin mixtapes, gettin cash under the table
Makin more off the street than you do from the label”

Side Effect speaks from experience on “Superior,” the second track from 2006’s “Dirt Hustlin’.” Far from a new jack, Effect goes all the way back to 1990, when rope chains and Cross Colour clothing were all the rage, when he and friend JSmoove formed the now highly obscure group II Scandalous. They had a minute where they were getting it in on the Philadelphia scene, but never managed to break through nationally and broke up, leaving them best known as a footnote in SE’s career. That career got put on hold through most of the 1990’s for other pursuits, but SE never lost his love of hip-hop. He started dropping independent albums early in the 21st century, joined the Vans Warped tour, and even opened for Bone Thugs-N-Harmony in Philadelphia – all BEFORE the “Dirt Hustlin'” CD was released.

If you’re asking “Why the hell haven’t I heard of Side Effect then?” at this point, go back and read the lyrics cited above. SE may have been hopeful that “Dirt Hustlin'” would take his career further than any of his previous solo efforts, but was cynical enough to realize that even major label rappers have an incredibly hard time making a living off hip-hop. “Dirt Hustlin'” is informed by that balance between optimism and cynicism, as a talented rapper notes he “wouldn’t wish starving on his worst enemy” on “Game Plan” yet ultimately has to choose between playing it safe and risking everything:

“Before that, I had a job making 17 an hour
But my rent was so high my check would get devoured
I worked 12 hours, four days on, and three days off
And three days on, and four days off
7 at night until 7 in the mornin
I’m goin in bitchin and I’m comin out yawnin
I’m sleepin all day, gettin nuttin accomplished
Even on my days off, unfocused to be honest
I had to reassess my sitchy-ation for the last time
Is hip-hop gonna be my job or just a pasttime?
Ain’t nuttin worse than wastin talents
And mine is overflowin by the gallons, all I’m lackin is the balance
I’m listenin to the radio, I’m hearin Jay-Z
The only difference is he drive and I’m bein lazy
I must be crazy, I got my mind on the same track
One day I left work, and I never came back”

As a listener one can be glad Side Effect chose to take that risk, as his flow walks a pleasantly gravelly line between Beanie Sigel and Jadakiss, the vocal tone taking you from Philly to New York and back again. His lack of liner notes leads me to believe the CD was self-produced, and if so let’s give credit where it’s due because these beats bump. “Ooowee” lives up to the title, Effect choosing to “lay back with this old school track and just chill” while still spitting the lyrical real. “Bring it On” also matches the title, an aggressive mixture of symphonics and pounding bass punctuated on the hook by a bouncing flute – The Beatnuts meeting The LOX. “Da Truest” may sound like a hip-hop cliche (and it is) but you can’t help falling into the groove and riding with SE as he brags that “ain’t too many cats fuckin with me on the beat teap/I speak condescendin like I’m on some elite shit.” On at least 80% of these tracks he lives up to that promise.

Four years later, where is Side Effect? Well the good news is that he’s still making albums, and the bad news is that he’s only a few steps closer to national recognition than he was in the II Scandalous days. At least now he’s well known in the underground hip-hop scene, but for somebody who rightly noted that respect won’t pay your utilities that may not be enough. At some point SE could make the opposite decision he did on “Game Plan” and go back to that 7 to 7 job, or maybe a 9 to 5, and choose the stability of a monthly check over the uncertainty of “Dirt Hustlin'” to pay the rent. Hip-Hop would take a loss if he made the call, one that might not be felt immediately, but would certainly be noticed in the decades to come.