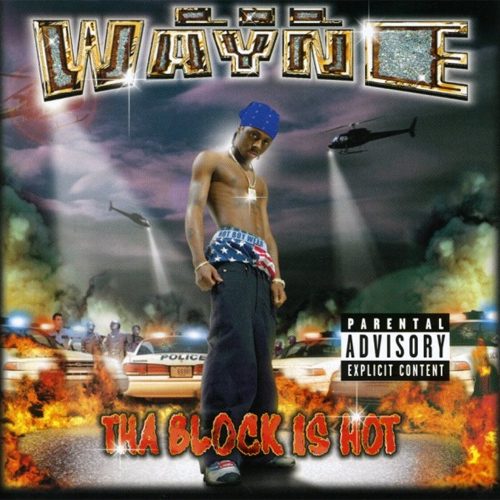 Emanuel WallaceMarch 3, 2011
Back to the Lab

Back in 1999, I was finishing high school, starting undergrad, adjusting to being away from home, developing social skills (the jury’s still out on that), bumping the hell out of the first Bobby Digital album, Busta’s “E.L.E.,” Fiend’s “Street Life,” the first Ruff Ryders’ “Ryde or Die” compilation and OutKast’s “Aquemini,” among many other titles. I’m not sure what the hell drives my fashion sense nowadays, but back then there was a heavy Cash Money influence on my attire. I had an unhealthy obsession with white Reebok Classics and crisp white tees, I didn’t have any Girbauds though, I was always a cheapskate at heart. A year earlier, I, along with most of the world was introduced to Cash Money Records through Juvenile’s “Ha” from his “400 Degreez” album which seemed to be omnipresent through the end of 1998 and much of 1999. To put things into perspective, even with all the success Lil Wayne has had in his career, “400 Degreez” is still Cash Money’s highest selling album. Needless to say, Juve was the face of Cash Money Records at this point in time. In this wave of artists, the first under the distribution deal with Universal, featured Baby and in-house producer Mannie Fresh (collectively known as the Big Tymers), Juvenile, Turk, B.G. and Lil Wayne (who were known as the Hot Boys when they joined forces). Here at RapReviews, we do our best to make sure that we’re always striving to continue having the largest and most complete archive of hip-hop reviews on the planet, but we’re human and sometimes things may get overlooked. If you take a look into the archives, you’ll see that just about every retail release from Weezy Wee (and even a few mixtapes) is covered with the exception of one, his solo debut. With the release of “Tha Carter IV” seemingly on the horizon, what better time to go back to where it all began, with “Tha Block Is Hot.”

Two things I always liked about the Cash Money releases of this era: One, Baby and Mannie Fresh talking shit on the album intros. It didn’t really even matter what the topic was, but going in you knew it was going to be some outlandish, stuntastic shit. This time around, Baby and Fresh go off on a tangent about how hot the block actually is, referring to it as “hotter than a barbecue at Satan’s crib.” The second thing I liked about Cash Money releases of that day was that they gave you what made you buy the album right off top. It usually came right after the intro or perhaps two songs into the album. This is the case here as well as the lead single that doubles as the title cut is the second track on the album. With Fresh on the boards and Juve and B.G. assisting on the hook, things get off to a promising start. What follows is a track that I have often pointed to as a near-perfect example of Cash Money’s synergy at the time. Turk doesn’t appear on the song (hence “near-perfect”), but verses from the Big Tymers, B.G. and a hook from Juvenile helps to set up the dominoes on “Loud Pipes” before Wayne comes through and finishes them off, as he raps:

“Now I’m shinin baby glossin
Big tymin, stuntin and flossin
Lamborghini sittin on broaders
With two more in my garages
Plus a blue and black Ferrari
With Nintendo and Atari
Man I swear the car is awesome
Vroom! Sorry we lost em
I’m back
I pull up smellin like dime sacks and cognac
I leave in the Hummer…hour later I’m flyin back
Whoosh, private jets about to land
The women fall out when I let em touch my hand
I get out the plane into a Mercedes-Benz van
TVs all over with chrome 20 inch fans, damn
Got damn
Man I am
L-I-L, Weezy, off the heezy
But still in all, ice floodin on my watch
And in my grill and all
Porch blocks front blocks
Still in all, me and Slim in the Rover
Beatrice, brick holder, Cash Money young soulja”

However, sometimes too much of a good thing can turn out to be somewhat detrimental. While appearances from the Cash Money roster were to be expected, it can get cluttered at times and Wayne gets lost in the shuffle, making the album come off more like a compilation rather than a solo LP. That’s not to say that Wayne doesn’t get a chance to shine on his own. On back to back tracks, Weezy goes for dolo. Drum patterns, guitar chords and a soft piano accompany Wayne on “Lights Off,” a gritty tale about what can happen in the streets of the NO. Aside from countless occurrences of the N-word, Lil Wayne really doesn’t use much profanity, if any, on the album. The lone exception to this is on “Fuck The World,” as Wayne reflects on losing his stepfather, raising his daughter and how he copes with it all. Prior to becoming Birdman Jr., Wayne referred to himself as “Lil Rabbit,” as he raps:

“I mean the world just ain’t gon’ never change
So I just keep my head up and my nuts, let ’em hang
Dawg I swear it’s very rough out here for the youngstas
Like everybody against me ’cause I’m a young thug
Dear Rabbit, why they have to kill Rabbit?
But I’ma keep you alive, nigga, I’m Lil’ Rabbit
That’s why this lil’ nigga be buggin like it’s no tomorrow
I only can depend on Ms. Seetha and C-M-R
I try my best to make it through the night and live today
But I’m upset so I’m steady wipin’ tears away
And police got me under surveillance when and wherever
Wreckin they brains, tryna’ figure where I’m gettin that cheddar
I tell my family just leave me a-damn-lone
I can handle all a my business, this lil’ man grown
But I try to forget about it and just stand strong
But if everything was cool I wouldn’t write this damn song
Fuck the world”

“Respect Us” features Juvenile and touts some production from Mannie Fresh with a Latin twist to it. “Drop It Like It’s Hot” takes Too $hort’s approach that was modernized by Jay-Z and attempts to take a hot line and make a hot song from it. Of course, the line comes from Juve’s “Back That Azz Up” and while it isn’t horrible, the crew has done better. For example, Turk’s line from “I Need A Hot Girl,” (“…I need a project bitch, a hood rat bitch, one that don’t give a fuck and say she took that dick..”) was successfully used as the hook for “Project Bitch.” The Big Tymers make additional appearances on “Young Playa” and “Not Like Me.” On the latter, it seems as if Wayne is growing before our eyes, or ears…as it were. His voice actually sounds deeper here than on other tracks. For some reason, the album closes out with “You Want War” instead of the heartfelt “Up To Me” which precedes it. The song is another touching tribute to his then recently-deceased stepfather. We find Wayne assuring him that everything is going to be alright and at the same time pledging his loyalty and gratitude to Baby and Slim, as he raps:

“Alright I know it, see I got a child
I know I’m young, but when you left dawg, thangs got wild
I know you probably sayin ‘Damn, you raisin children now?’
But it’s all gravy I’m with Baby makin millions now
So I still smile I’m takin care ya wife brah
Ain’t nothin changed, if I still come home late at night she fuss
But it’s still the ol’ same ol’, same ol’
Thangs go, up and down like rainbows, we maintain though
So you know who payin the bills now, ah hah
Still flossin, give my audience the chills, ah hah
I got all my game from you, nigga I ain’t gon’ lie
But I’m still thuggin nigga, playa you think I ain’t gon’ ride?
But Slim and B done slowed me done and brought the talent out me
Yeah Slim and B done showed me ’round, all a the Jags around me
And I ain’t goin’ no where, that nigga stuck wit’ me
And make you and my people happy, man it’s up to me”

“The Block Is Hot” is a decent debut, especially for someone so young. I think at times the overabundance of guest appearances worked well to compliment what Wayne was bring to the table at the time. As I said earlier, he could get lost in the shuffle at times, but never too far lost that his Cash Money brethren couldn’t come to his aid and get him back on track. Even back then Wayne’s talent was evident and over the years he cultivated it There have been some hits and misses, but he still remains. In my opinion, I don’t even think Weezy began to crack the surface of his potential until “Tha Carter” dropped. Eventually time and money split up this incarnation of Cash Money, but Weezy continued to pay his dues (in a few ways) and now he’s the self-proclaimed “Greatest Rapper Alive.” While that is certainly up for debate, there is no question that he’s a bona fide superstar and perhaps the hottest boy of them all.