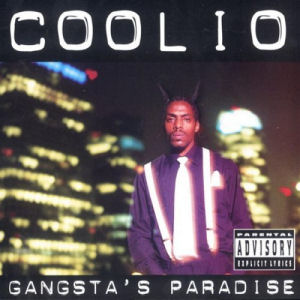 Coolio managed to straddle the line between pop success and rap legitimacy as well as anyone who preceded or succeeded him. The pop culture lexicon is likely to recall him as somewhat of a West Coast Fresh Prince — a squeaky-clean rapper with mega-hits and a massive television presence. Coolio recorded the theme song for Nickelodeon’s “Kenan and Kel,” rapped with Kermit on “Muppets Tonight,” and guested on “All That,” “The Nanny,” and “Sabrina the Teenage Witch” during his superstardom, cementing his status as a family-friendly MC with gravity-defying braids and a rather loud wardrobe. As fans will be quick to point out, though, he was far from a corporate creation, first gaining fame as a member of WC and the Maad Circle, an acclaimed Los Angeles outfit prior to WC’s success as a member of Westside Connection. With his contribution to Ras Kass’ 1995 debut “Soul on Ice,” he became his coast’s Method Man — the sole guest rapper on his coast’s most lyrically conceptual masterpiece. The dichotomy between street credibility and commercial success is tenuous, well-explored, and hard to formulate. Coolio’s balance could probably best be labeled a product of his reaching a hip hop audience before a pop one, unlike, say, Skee-Lo and Paperboy. Although his 1994 Tommy Boy debut “It Takes a Thief” was a chart success given the popularity of the single “Fantastic Voyage,” it still would have been hard to forecast the multiplatinum smash that was “Gangsta’s Paradise.”

Originally recorded for the “Dangerous Minds” soundtrack and not intended for an album, “Gangsta’s Paradise” was an unlikely if engineered hit. A sample-driven g-funk number in the tradition of “Nuthin’ But a G Thang,” “Gin and Juice,” and “Regulate,” it features an inescapable hook, slow-burning groove, and general, broad-world philosophy from the perspective of an urban Californian. It managed to be an even bigger single than those tracks by lacking the perceived misogyny of “G Thang,” the heavy editing of “Gin and Juice”‘s radio cut, and “Regulate”‘s mass-murder-in-the-first-verse. Featuring an unforgettable guest from L.V., a Los Angeles crooner then best known for his work with the decidedly un-PG outfit South Central Cartel, it was a clean track still managing to capture the desperation of the gangster’s existence. It was also the number one single of 1995, the height of the g-funk wave and West Coast hip hop’s commercial popularity.

The eponymous song’s album is in fact quite similar to its predecessor, featuring a well-rounded tracklist of realistic yet goodnatured hood portraits, party jams, and sunny g-funk production. If nothing else Coolio was an utterly brilliantly produced artist, and “Gangsta’s Paradise” plays to all of his strengths. Coolio’s narratives certainly lack the graphic violence of many of his contemporaries’, but the grit and emotion needed to lend accuracy seems genuine. As the intro none-too-subtly prefaces, the album is an hour-long exploration of a universal ghetto paradox: the never-ending struggle to escape backed by a ceaseless love for the hood. The opener “Geto Highlites,” a phenomenal piece of smooth funk produced by Christopher Hamabe and Devon Davis, is a standout with its sunny-day profiles and subtle despair, capturing Coolio at his best between pure charisma and clever irony:

“The nigga with all sixteen switches sittin’ on Ds who got jacked
He tried to pull out his gat, pullin’ sex in through his back
Now his momma in all black and niggas is goin’ to the barber to get a fade
They carried their dead homey to his grave
Pour out a little liquor
Homegirl down the street with the green eyes and big titties is gettin’ thicker
Neighborhood clubs beam up and crackheads be sellin’ TVs and VCRs
For forty bucks so what’s up
Yesterday the homey committed a bank caper
Saw the chase on the news and read the story in today’s paper
His little girl’s just now takin’ training wheels off her bike
While her daddy’s got twenty-five to life and four strikes
The little homey just tripped and stripped
Because he didn’t realize that the joint was dipped (That’s right)
OGs joinin’ the nation and it’s all good
BGs is retaliatin’ cause they enemies are crossed out the hood
Crackhead mommas smokin’ whole accounting checks
Dope dealers who serve liquid pieces for sex
Be it wrong or right (right)
These are the Geto Highlites
Young nigga’s goin’ to school to be a doctor
Late night sounds of gunshots and helicopters
Be it wrong or right (right)
These are the Geto Highlites”

“Another day in the city and, oh what a pity
Even though we did our duty things are still lookin’ shitty
Everybody in the pack stacked, tryin’ to make some scratch
Walkin’ in the rain but they ain’t got no hat
Understand how we livin’ in the nineties, loc
Nuclear waste, cannibalism, and pistol smoke
Sex, lies, videotape and rape
Just a little bump ‘n grind can seal your fate
We need to do something drastic, shit is gettin’ tragic
And if you don’t believe me, then go ask Magic
Everybody and they momma preachin’ abstinence, these
Kids ain’t checkin for absti-shit
So put a condom in they hand and hope it don’t bust
Another victim of the lust, in God we trust
What started off as a plan ended up in the pot
Water can’t cool it off cause it’s too damn hot”

The production throughout “Gangsta’s Paradise” is excellent, capturing a pleasant, upbeat g-funk sound. Although it features no big-name rap producers, it’s a consistently catchy record with feel-good vibes even on the darker tracks, which further emphasizes the paradox of the record’s theme. The reflective “Bright as the Sun” shows his contemplative side, and “For My Sistas” is a deep highlight, an ode to hardworking and underappreciated women featuring a sentimental rolling track that sounds like one of Warren G’s lost files. For the most part, though, Coolio’s music is made for good times, and the infectiously laidback “Crusin’,” the hard-swinging party jam “1, 2, 3, 4 (Sumpin’ New),” also a successful single, and the L.A.-to-the-Bay posse cut “Exercise Yo’ Game” featuring E-40, Kam, and 40 Thevz keep ’em rolling.

Coolio’s delivery occupies a territory between Mack 10’s commanding flow and Jayo Felony’s chattery sing-song, with a strong enunciation and melodious tendency. While not a complex lyricist by any means, he’s a vivid storyteller as on the cautionary “Kinda High, Kinda Drunk” and “Is This Me?” with L.V. and Thug Life rapper Rated R, and he sports a good sense of humor as on “A Thing Goin’ On,” a hilarious g-funk take on “Me & Mrs. Jones.”

“Gangsta’s Paradise” has something for everybody. At risk of sounding like a man twice my age, they really don’t make ’em like this anymore. It’s one of the most purely well-rounded and enjoyable records you’ll find, crafted to accompany summer and good times. While a light and charming listen, it’s not without substance. Like many of his g-funk peers, Coolio is nostalgic for the carefree innocence of a fleeting childhood, and he presents a holistic view of ghetto life, chronicling the good and the bad. From here, Coolio continued to be a star on the big and small screens, but his recording career gradually tailed off once Tommy Boy dropped him following the slow-selling follow-up “My Soul” in 1996. Using a solid West Coast blueprint and heavy soul sampling, “Gangsta’s Paradise” remains a record that both heads and teeny-boppers can get down to.