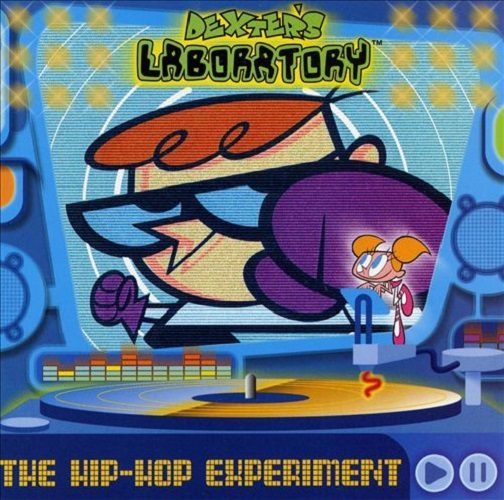 “Enter at your own peril, past the bolted door
where impossible things may happen that the world has never seen before
In Dexter’s Laboratory, lives the smartest boy you’ve ever seen
but Dee Dee blows his experiments to smithereens
There is gloom, and doom while things go boom
in Dexter’s Lab!” – Dexter’s Laboratory theme song

If you have a younger sibling or if you’re like me and enjoy a genuinely funny animated cartoon every once in a while, you might have come across Cartoon Network’s adorable ‘boy genius’ Dexter. Running since 1996, “Dexter’s Laboratory” can easily be called a modern day cartoon classic that speaks to young and old alike. For the uninitiated, here’s a short introduction: Smaller, and definitely smarter than most, Dexter is a not so ordinary young boy conducting breakthrough experiments and crafting handy inventions in the huge laboratory he built in his bedroom. Since his parents are completely oblivious to their son’s scientific status, the task to blow “his experiments to smithereens” (as the title song puts it), falls upon his older sister Dee Dee. Passing any and all barriers and infallibly skipping into his lab, she destroys what he builds as she tries to find an answer to the eternal question: “Ooh, what does this button do?” Outside of his lab, the bespectacled boy wonder with the strange accent, reduced by his peers to a simple nerd, has a hard time as well. But in the end it’s always science that prevails, whether it gets Dexter out of a jam or into one.

Like most popular things, Dex was destined to pop up in a rapper’s rhymes sooner or later. And indeed on his latest album, E-40 can be found “dibblin’ and dabblin’, applyin’ pressure / rhymin’, in the lab like Dexter” (“The Slab”). Conversely television has a long history of incorporating hip-hop culture as well. As far as actual musical input goes, some hip-hop exponents have even been annointed to compose prestigious title themes, such as Coolio for Nickelodeon’s “Kenan & Kel”, Chuck D & Gary G-Wiz for James Cameron’s “Dark Angel” and Black Eyed Peas member will.i.am for Genndy Tartakovsky’s “Samurai Jack”. Since “Dexter’s Laboratory” is also Tartakovsky’s brainchild, it comes as no surprise that there is now an entire CD full of rap music revolving around “Dexter’s Laboratory”.

“The Hip-Hop Experiment” features well-known artists such as Coolio, De La Soul, Prince Paul and Phife, ex-member of legendary group A Tribe Called Quest. But it’s will.i.am that gets to rev up the engine with “Secrets”. Over a bouncing beat seasoned with some chopped up organ, he goes on about some secret sound formula. The song is fun, in typical Black Eyed Peas fashion, but Dexter seems to be somehow forgotten so far. Something Coolio is quick to change with “Dexter (What’s His Name?)” With his almost cartoonish quality, the character of Coolio has always appealed to kids, and here he shows again why. While a bunch of kids chant Dexter’s name, he babbles carefree fun rhymes like:

With its quirky musical background and rhymes that cater especially to kids (“The most intelligent minds in the world want to know / who’s standin two and a half feet high with stylish glasses and a lab coat”), Coolio lives up to the trust put in him despite his (in hip-hop years) advanced age. Next up is Phife Diggy, who is an equally excellent choice. Over an interpolation of 5th Dimension’s “Stone Soul Picnic”, Phife is the first to really get into the Dexter character, professing his love for the beloved lab on “Love According to Dexter”, somehow managing to get his OWN passion (rap) into the mix:

“I live for this, die for this, I won’t cry for this
So much to learn although most think that I’ve invented this
My life relies on this and there’s just no denying it
Mom thinks I’m crazed with it, but hey, there’ll be no fighting it
It’s like a MC with flows when they be tight with it
There’s no defying it, it’s just something I can’t resist”

Phife’s fellow former Native Tongue buddies De La Soul refuse to stick to the script, because even though “Sibling Rivalries” examines a brother/sister relationship, it’s not really about Dexter and Dee Dee. For this particular occasion, De La might for once have come up with something that is too mature. For regular fans on the other hand, the experience is ruined by a particularly tepid track. Oh well, there’s still the lyrics:

“Since the stone age it’s tellin’ and taddlin’
yellin’ and battlin’ amongst the blood
that ain’t thicker than mud you be dishin’
Your karate can’t match my kung-fu
I put it on you, kid
I did a bid on dish detail
while you clown me and wish me well
Always on my nerve like skin over the muscle
Yeah, my hustle stay fresh and clean, sharp and mean
My dean holds the best part of mom and pops
Your R&B can’t rough up my hip-hop”

While in the case of De La the question might arise if they even know the series, such a thought would never come to mind when listening to YZ’s “Mandark’s Plan”. Taking on the role of Dexter’s archnemesis Mandark (a rival boy genius with intentions of destroying his opponent’s lab), he predicts ‘Dexstar’s’ downfall over a darkly brooding track topped with Mandark’s trademark maniacal laughter; quipping, “call me the bad guy, somebody gotta be.” Those remembering this former Wild Pitch signee will not only be amazed at how his voice has changed over the years but also be able to grasp the subtle reference of “Mandark is thinking of a masterplan” (one of YZ’s songs was called “Thinking of a Masterplan”).

Of course, this project wouldn’t be complete without a reference to Rakim’s oft-cited “Back to the lab / without a mic to grab” line. Prince Paul has the honour of closing the curtains with “Back to the Lab”. The beat might be slightly reminiscent of something the Neptunes bang out every week, but a track as crisp and playful as this one is hardly out of place on something like this. Wordsworth is on vocals, describing situations that make Dex – well, go back to the lab, because that’s where it all starts and where it all ends: “Dexter’s laboratory, he can always count on it / to get him into trouble or to get him out of it.”

Not since Mase and Blinky Blink have rhymed about the Rugrats has there been a more children-friendly CD. It should be especially noted that the makers of the series didn’t turn Dexter into a rapping bafoon (remember Bart Simpson?) and didn’t go for the obvious like Lil’ Bow Wow but actually came up with a cast that represents the different levels the show works on. As a result, “The Hip-Hop Experiment” can be enjoyed by listeners of all ages. Also, taking into consideration that kids are listening, the CD isn’t too long. For fans of the show, this is a nice treat, those not familiar with it, try to catch it sometime, it’s dope. Hip-hop dope.