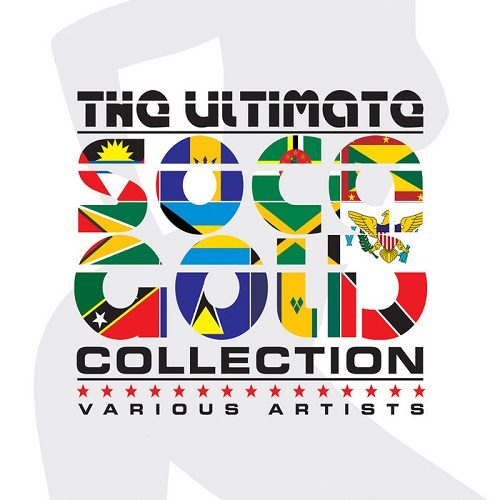 I’m not gonna lie to you: I don’t know from soca. I know that it is a form of dance music that is popular in Caribbean. I know that Buster Poindexter’s “Hot Hot Hot” was a cover of soca star Arrow’s song of the same name, and Lionel Richie’s “All Night Long” had soca elements. And I know that there is an Indian influence in soca, called chutney soca. That’s about all I know. After listening to the three-disc set “The Ultimate Soca Gold Collection,” I feel like I understand and appreciate the genre much more.

This set collects some of the biggest hits from the Soca Gold series, an annual compilation of soca hits that has been going strong for about fifteen years. Each disc collects 16-17 soca hits. Besides Gyptian, Patrice Roberts, and Edwin Yearwood, none of the acts on this collection was familiar to me. Rupee, Sean Caruth, Krosfyah, Peter Ram, Maximus Dan, Explainer, Mr. Dale, Flo PG, Rikki Jai, Destra Garcia, South South West, Roy Cape, Onkia Bostic, and El-A-Kru are among the many artists who are represented here.

The first disc, dubbed the ‘Groovy Disc’, is on the mellower end of the spectrum. To me, it sounded like Caribbean pop R&B. The songs ranged from celebrations of soca itself, like Maximus Dan’s “Soca Train” and Mr. Dale’s “Soka Junkie,” to raunchier tracks like “Oil Pumping” by Krosfya and “Hickey” by Sean Caruth. Reggae crooner Gyptian gets romantic on a soca remix of his hit “Hold You.” My favorite tracks on disc one where Patrice Roberts’ raunchy dance song “Wukking Up,” and Nigel Lewis’s “Take That and Cool It,” which has a definite African feel to it.

Disc two is subtitled the ‘Power Disc’, and the tempos are cranked up almost ludicrously fast. The beat takes over on these tracks, with pounding bass, snapping snare hits, and crashing cymbals. The lyrics are mostly sung shout as if the singer was dancing along in the studio. Edwin Yearwood’s “Handle Yr. Bizniz” is a prime example of how this can work so well. The beat crashes along at an insanely frenetic pace, with subtle melodic inputs and a whole lot of repetition and energy. The effect is Caribbean techno, only with more organic instruments.

Does it get repetitive? Of course. Every song basically has the exact same beat, which no doubt made DJ Crown Prince’s bonus DJ Megamix CD a fairly straightforward task. This is music that is meant to be listened to in a sweaty club or party, and you have to be in the mood for it to fully appreciate it. But even a jaded old man like myself was impressed by the energy and joy coming out of my earbuds as I listened to “The Ultimate Soca Gold Collection.” Fans of soca might already have most of these tracks in some form or another, but people who are new to it or have merely dabbled should pick up this album. It is a great introduction to one of the more infectiously genres out there. Soca might not have the hipster cache of moombahton, but it is hard to deny its allure.