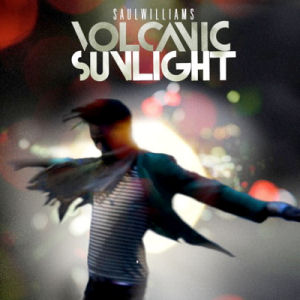 There’s a decade’s worth of history for Saul Williams on this website alone dating back to his album “Amethyst Rock Star.” His career as a cutting edge poet is even longer though, dating all the way back to the Nuyorican Poets Cafe in the mid-1990’s. He’s always had a reputation as a powerful orator and provocateur, and with no apologies he’ll put making you think above shaking that ass. Even if that’s been a detriment to commercial success, it’s a price he’s willing to pay – after all spoken word artists don’t typically go gold or platinum anyway.

That being said there have been times wherejust being a poetic genius wasn’t enough. It’s easy to engage an audience in a seemingly one-on-one relationship in your stereotypical smoke filled beat cafe. There’s an exchange of expectations taking place – the people came to hear what the poet had to say, and the poet came to tell them what they need to hear even if it’s the uncomfortable truth. That relationship can be lost at a consumer level when trying to translate spoken word into a commercial product. It’s tempting to put the word to a beat, but it’s not like a traditional rap rhyme, let alone an “on beat off beat” flow. Very often it’s not any “flow” at all other than what’s in the poet’s head – speeding up or slowing down and raising or lowering his/her decibels for the sake of literary emphasis – and that’s not music.

Saul Williams is in no way a bad artist – he’s just not an easy man to encapsulate in a format that shows his skills while also selling it as song. Perhaps Williams himself has recognized that problem on “Volcanic Sunlight,” because moreso than on any album before, this is not an album of poetry that makes an often uneasy and uncomfortable alliance with what’s traditionally thought of as rap. In fact Williams spends far more of his time on this album singing than speaking. He’s not that bad at it either. He didn’t suddenly become Luther Vandross, Gerald Levert or John Legend overnight; Williams became aMichael Franti type of musician. If his voice isn’t the strongest to croon on a tune, or his octave range doesn’t have soaring heights and dramatic lows, that’s just fine. It’s better to use what you have the right way than to try to force what you don’t have and break yourself.

“I, am a simple man
I don’t ask for much
But an angel’s touch
Touching where wings should be
You swoop down for me
Come to rescue me
I’m holding on… to you
My search for love… is through”

These heartfelt lyrics can be found on “Diagram,” sung simply but not poorly or in an ear-displeasing manner. The beat may be more of a challenge than the crooning, and though I dig the double clap industrial-lite boom bap, I can see some heads not relating. Much like with his singing, it helps to keep an open mind about the production. Sometimes it’s incredibly easy to relate. “Dance” is probably the closest thing to a crossover single Saul Williams has ever had or ever will:

“Dance, dance where the streets are paved with gold
And the angels and the gods do what they’re told
You wanna catch a little glimpse of how the truth unfolds
You just dance, dance, dance – tick, tick, explode
Hey, hey, everybody come and dance with me
And leave your fears at the door carved from the tree
They say the apple never falls far from repeat
So shut the door, set your floor, crush, crush the seeds”

Just when you think he might have abandoned all of his previous spoken word tendencies and become a modern day Corey Glover meets Todd Thomas, he gets back to his roots in the middle of “Give It Up”:

“Give it up; the tragedies of your mind
All your fears and doubts are mounting up
There’s no room for you to breathe there
Who says you must perpetuate all the nonsense you were born into?
In the old days there were men who looked at fear and never questioned
[…]
Give it up; the distance of your mind
When she hugs you she just wants to feel you present
And all the moments you resent your vulnerabilities are see-through
She sees God in you
Just because she loves you doesn’t mean she can’t see faults in you”

Williams has described this album as his way of “dancing through a lot of bullshit,” which is epitomized by songs like the title track, but it’s also an album he describes as “hella fun,” which is epitomized by songs like “Girls On Saturn” and “Rocket.” If outer space seems to be a theme there, perhaps it’s not such a bad one, because in many ways Saul Williams has always been high above his audience. Even though “Volcanic Sunlight” sounds explosive and blinding, it turns out to be quite warm and inviting. It’s a bit of a genre bender – you’re not going to comfortably fit this one into rap, R&B, soul, spoken word, or anything else – and that’s how it’s meant to be so take it as it is. It’s a pleasant if at times uneven experience.