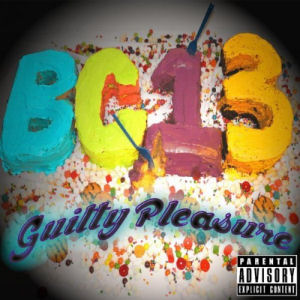 Few artists seem to rile up the hip-hop purists to the degree Brokencyde does… and that mystifies me. When Adam Bernard interviewed them a year ago they struck me as being humble, down to earth, and in on the fact that people hated them so damn much. After all if there’s one thing actors, rappers and comedians can all agree on it’s that it’s better to be lovedOR hated than to have people feel completely indifferent about you. Millions of people hate Nickelback, yet they still sell millions of records. Millions of people hate John Cena, yet the ratings for WWE Raw keep USA the #1 network on basic cable. The love might feel better, but the hate pays the bills just the same. Reviews like the one posted here in 2009undoubtedly reaffirm to their fans that “haters don’t get it” and make them even more dedicated to the Brokencyde pop culture phenomenon.

I’m not here to tell you that everything JMB said two years ago about Brokencyde is wrong, or that the group is widely misunderstood by a slew of overzealous critics. I will however submit for your consideration that Brokencyde is a convenient scapegoat for those who want to decry their perceived lack of musical talent, while ignoring the similar talents and aspirations of successful groups like LMFAO and rapping singers like Ke$ha. If you tried to claim that any of these people was penning Shakespearean sonnets you’d be laughed out of the building, but the level of hatred for Brokencyde compared to their peers seems at the least disproportionate. Having listened to 40 minutes of their “Guilty Pleasures,” I can’t say that Se7en, Mikl or Phat J makes me want to stab my ears with an ice pick. In fact one or two songs like “Doin’ My Thang” featuring UnderRated of Potluck vastly exceeded the incredibly low expectations that JMB’s review set for me on this CD:

“I’ma hit ’em with a little bit of this and that
Maintain on my motherfuckin platinum rap
Never change I’m insanely gifted
Rip it like the weed when it gets you lifted
Not talkin bout money, then I don’t wanna talk
I’m doin my thang and I’m never gonna stop
Grimin and rhymin, diamonds and timin
That’s all I’m talkin about, I’m out!”

That’s not the only guest appearance either – Tre Nyce drops in for a spell on “Burnin'” and Screwston’s own Paul Wall joins in on the fun to help prove that Brokencyde is something like a “Phenomenon”:

“Hello kitty kitty – she thick and she pretty
Must have came from out of town, now I love that city
She cain’t keep her lips off me, oh please no hickey
Let me help you with that bra, it look kinda tricky
That brown caboose, so big and quite obtuse
She’s a beast, that booty is bigger than a moose”

Production is handled by different people with different degrees of success throughout. Tristin Krause seems to have the best handle on getting their songs played in the club, with a whistling Lil Jon sound on “Whoa!” Then again Mike Kumagai has that stripped down LMFAO electronic sound down to a tee on “Magnum.” My favorite instrumental on the album though is what Blackfrost does to “The Party Don’t Stop.” I don’t care what you want to say about Brokencyde to me – if I was going to drink and live it up in a Vegas nightclub until all hours of the morning THIS is the song I’d want playing in the background.

The term “crunkcore” has been used by both fans and critics of Brokencyde when trying to describe their music. The group seems to embrace the label as well, referring to the women they like as “crunk girls” on “Girls, Girls, Girls” – and in terms of the beat and bass it might actually be the album’s most crunk track. Perhaps this type of music was the inevitable evolution of what Lil Jon has been doing for the last 10-15 years, but I think it’s a mistake to invent a whole new genre just to explain Brokencyde. They don’t need it. What they are making is unpretentious, unapologetic, unsophisticated party music. It doesn’t get more profound than “Ocean View,” and I’m at a loss as to why anybody expected it to. I think there’s an unreasonable standard being set, but I’m probably not doing BC any favors by saying their music is “okay.” I neither love it NOR hate it, and it’s the polarizing reaction that they want and need so much. I can’t give them one for some honestly inoffensive club music.