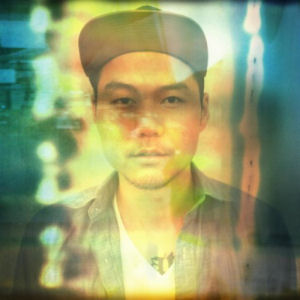 Hailing from Koreatown, Los Angeles, comes Dumbfoundead. Dumb comes with quite a bit of buzz, especially if you’re Korean-American (which I am), live in LA (which I have), follow battle rapping (which I did), or follow anything from Project Blowed (which I don’t, Aceyalone and NoCan were the last ones I was really listening to). In doing some background for the album, I saw that this album topped the iTunes chart for a period, beating out major label stars like Wale and J. Cole. It was released back in November, so I’m a little late to the party, but I figured I would bring in the New Year with RapReviews with a positive review rather than a negative one.

I couldn’t find the liner notes for this album, but I’m assuming most of the production was handled by Dumb’s resident DJ, DJ Zo.

The album opens with a hood anthem “Town”, which weaves a pretty accurate picture of Koreatown. The song is decorated with a contemplative guitar loop, some electric keys, and a slow tempo. Dumb’s delivery has a little drawl, not as thick as Dirty South rap, but it’s a small vocal skew that adds a little flavor to his verses, and he has a good, easygoing flow that doesn’t emphasize or force out words. The song itself may have been tailor made for the K-Town community; I feel like I only appreciate this song because I spend so much time there. Still, it’s a good introduction to K-Town and it’s a good intro to the album.

The tempo picks up a little bit in “Killers”, with the drums and kicks speeding up for Dumb to showcase his skill behind the microphone. The impressive part of this song is the flow, Dumb still manages to keep it effortless while adding some speed and muscle to his delivery. It’s a song that showcases Dumb’s talent as a rapper, but the wordplay itself hits a little light. The next song, “Cool and Calm”, serves as a perfect foil. The beat provides a perfect introspective soundscape with xylophones, strings, and measured drums. Dumb ups his bars a bit, and presents some great verses that give a glimpse of Dumb’s thoughts:

“Never reached six digits in my bank account
Credit score red, same color that I paint the town
Three month relationship, tells me she can’t wait around
You can break me down, as long as my fam’s safe and sound
I keep the weed lit, and keep my glass full
I call it real talk, they call it asshole
I call it on the grind, she calls it selfish
She needs me all the time, I call her helpless
Is it a problem that I don’t care?
Maybe that’s the reason that I’m stuck at almost there, it’s no fair
On this path, there’s no warnings or road flares
All is fair in love games and warfare”

“Green” is Dumb’s hype anthem, complete with a screwed sample for the hook and a bass-and-synth heavy beat meant to rock the head up and down. The beats sounds like it takes a few pages from Houston’s hip-hop playbook, but Dumb laces his lyrics with that latent Cali style that focuses on hanging out while smokin’ doja. It’s a good listen, and it would bump out of the parking lot with some subwoofers.

“Cell Phone” features the first guest spots on the album, Breezy Lovejoy and Wax join in on a jam that describes the day after a bender. For a hangover song, the beat is pretty hi-tempo. Each rapper laces up some nicely structured multis to go along with the increased speed, and while Dumb acquits himself handsomely, Wax steals the show with a fleshed-out tale of waking up in a bed that ain’t his. It’s a fun song and the guests are picked well.

“BRB” features Andrew Garcia singing the hook, and the beat is probably the best one of the album. Dumb brings some of his best lines to go along with the primo production, and the result is a fitting single for the album.

The best song on the album is “Son of a Gun”, featuring Matik in his Jamaican hype, crooning the hook and bridge. The beat sounds a lot faster than it is, but that’s due to Dumb’s tongue-twister tempo with his flow. Dumb lays down his verse well, but the most impressive thing is the story he manages to fit in:

“What you see in your lifetime
Ever see your pops strike down, your mother on the face
Blood dripping down to the gutters of your drains
Screaming yelling a women utterly in pain
A boy and a girl just watching a boxing match
The boy had to let the cops in to lock his ass up
Cuffed in the back seat looking at his drunken ass
I wanted to sock his ass up
Momma went crazy and lost her mind
Lady that you never thought would pop a nine
Revenge on her mind all our poppa’s crimes
The drunken abuse and his concubines
Make a housewife go columbine
The gun was my uncle’s, saw him all the time
Smith and Wesson like distant relatives
Came and visited put us all in line
Tired of shit, Momma’s conscience saying fire that shit
Devil on her shoulder like “I insist”
All them times of flying fists
Nights filled with tears of them crying kids
Fighting inside of the lions den
Go ahead and pull the trigger on the count of ten
9, 8, 7, 6, 5, 4, 3, 2, 1, never again”

It brings back the feelings I got when I first listened to “Little Weapon” by Lupe, as the song centers around the consequences of firearms.

The album closes out with “Are We There Yet”, the other single with “Green” and “BRB”. “Are We There Yet” closes the album strong like a Brian Wilson outing. It’s a good song that centers around taking a moment to find out where you really are in life. The first verse focuses on repaying Dumb’s mother for all the sacrifices she made to bring her kids to the States, the second puts the spotlight on a relationship that might be going to fast, and the third underlines Dumb’s hunger and his awareness that he’s nowhere near where he wants to be. The beat transitions from hard rock to soft keys, but the dichotomy plays nicely with the verse and the messages behind them hit home.

In all, “DFD” is a good album, and Dumbfoundead is deserving of all the underground (and ethnic) buzz that’s been surrounding him for the past year. It seems like Dumb has all the tools to make a sizable impact on the game, and if he continues to develop as a rapper and constantly ask himself if he’s made it yet, there might be a time when he actually has.