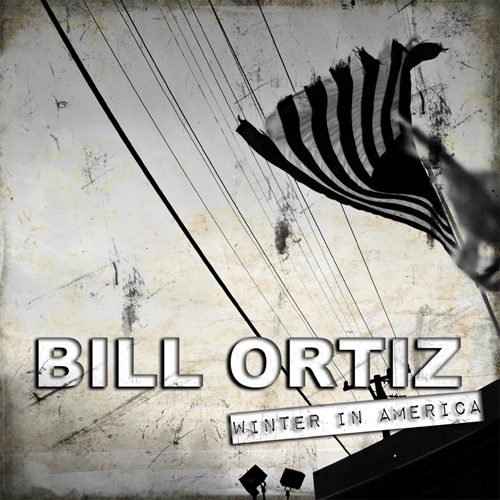 Carlos Santana does not appear on this album. Just thought I’d get that out of the way at the start. Readers who know the name Bill Ortiz would recognize him as the funky trumpeter extraordinaire from Santana’s jam band. What may be lesser known to those same Santana fans is that Ortiz himself is a hip-hop fan, and he goes deep in the genre. In fact if you go all the way back to the timeless hip-hop classic “’93 Til Infinity” by the Souls of Mischief, you’ll hear Bill, and that’s not because he was sampled.

Ortiz is a progressive jazz musician in every sense of the word, and for my two cents, he’s the anti-Wynton Marsalis. Besides rocking crowds with Santana, you can also hear his collaborations with everybody from En Vogue to Total, from Sheila E to TLC. As such it’s really no surprise to me that Ortiz would want to drop a hip-hop CD. Ortiz himself puts it like this: “I’ve been really encouraged by some of the Bay Area hip-hop artists like Zumbi and The Grouch who make music with enlightened lyrics. We often celebrate ignorance in our society, so I wanted to celebrate consciousness.”

“Winter In America” achieves those goals right from the start of Ortiz’ EP, on a title track named after a Gil Scott-Heron classic that dropped a year before I was born. It’s a fitting tribute given the proto-rap artists passed away last year, and the additional vocals by The Grouch add the positive vibes Ortiz ascribes to the otherwise angrily named emcee:

“Well if it were to rain now, would we get a cleansing? (No)
America is strange… we keep pretending
that it’s not winter, we aren’t sinners, there is no ending
We don’t make a mess and we’re merely just defending
Let’s get to mending a peace sign
Banishing our dreams so it seems; then how are we ascending?
We must crack the concrete – and get organic with the soil
Turn turmoil into graciousness compost”

An entire album of Grouch dropping serious thoughts “heavy like a sumo” while Ortiz blows on his trumpet would be fine with me, but sadly there are only five tracks on this EP so there’s just not enough time. That’s okay though because their mutual friend Zumbi drops in for a “I Still Believe” remix, and K-Maxx also shines on the song “Word Play.”

Now for what little bad news there is to give you about this album – things start to get a little thin after track three. The “Montgomery Bus Remix” of “I Still Believe” is fine, because it gives more focus to the spoken word oration of Linda Tillery and soulful playing of Ortiz, but the radio edit of “Winter In America” just makes things two minutes shorter. Okay so that makes it easier to spin for radio, but since this is being sold commercially as an EP, one more song wouldn’t have hurt. After all there is no shortage of rap artists from the Bay for Ortiz to collaborate with – and why not reunite with a few of the Hieroglyphics for a start? In short the only bad thing about this EP is that it leaves you wanting something MORE than just an EP.