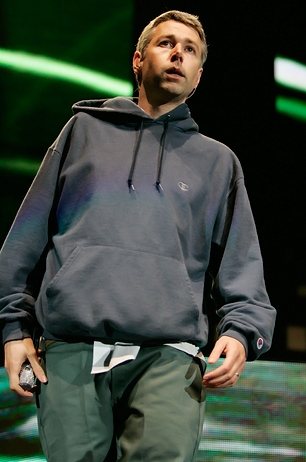 Adam Yauch (MCA) of the Beastie Boys Dead at 47

Adam Yauch, one-third of the pioneering hip-hop group the Beastie Boys, has died at the age of 47, Rolling Stone has learned. Yauch, also known as MCA, had been in treatment for cancer since 2009. The rapper was diagnosed in 2009 after discovering a tumor in his salivary gland.

Yauch sat out the Beastie Boys’ induction to the Rock and Roll Hall of Fame in April, and his treatments delayed the release of the group’s most recent album, Hot Sauce Committee, Pt. 2. The Beastie Boys had not performed live since the summer of 2009, and Yauch’s illness prevented the group from appearing in music videos for Hot Sauce Committee, Pt. 2.

Yauch co-founded the Beastie Boys with Mike “Mike D” Diamond and Adam “Ad-Rock” Horowitz in 1979. The band started off as a hardcore punk group, but soon began experimenting with hip-hop. The band broke big with their first proper album, Licensed to Ill, in 1986, and further albums Paul’s Boutique, Check Your Head and Ill Communication cemented the band as a true superstar act.

In addition to his career with the Beastie Boys, Yauch was heavily involved in the movement to free Tibet and co-organized the Tibetan Freedom Concerts of the late Nineties. Yauch was also directed many of the Beastie Boys’ music videos under the pseudonym Nathaniel Horblower. In 2002, he launched the film production company Oscilloscope Laboratories.