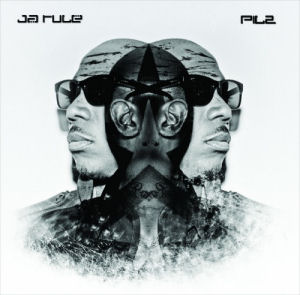 February 28, 2012 was a significant day in the life of Jeffrey Atkins. Not only was it the onetime chart-topper’s 36th birthday, it was also the release date of “PIL 2,” his first album in eight years, billed as a sequel to his 2001 multi-platinum smash “Pain Is Love” and released during an extended jail bid for the Queens native. Releasing sequels to their respective opuses has become commonplace among New York’s fading stars – in recent years we’ve seen everything from “Only Built 4 Cuban Linx… Pt. 2,” “H.N.I.C. Pt. 2,” and “The War Report 2” to “The Hunger for More 2,” “Bacdafucup Part 2,” and “J.O.S.E. 2” – and for Ja seemingly signals a desperate attempt to cling to relevance even if it does place him among solid company.

I was eleven years old when “Pain Is Love” took control of my New York-area airwaves. It might be no surprise, then, that it remains a sentimental favorite of mine. (I’d say I had a soft spot for it, but what other kind of spot can you have for Ja? Pete’s got jokes!) While I’ll forever hold dear the afternoons whiled away playing “Tony Hawk Pro Skater 2” with my sixth grade friends accompanied by “Pain Is Love” on the boombox, I’m confident that it was a bigger, better, and more influential album than most would care to admit or remember more than a decade on. Knocking none other than “The Blueprint” from atop the Billboard charts, “Pain Is Love” boasted no fewer than four top ten singles, almost singlehandedly propelled Jennifer Lopez into the J.Lo and Jenny From the Block we know and love, and made Miss Ashanti S. Douglas a household name. Irv Gotti and 7 Aurelius’ concoctions were often nothing short of delectable, and with the Murder Inc. empire at its peak Ja’s wide range of companions supplied no shortage of highlights. While providing ample fodder for 50 Cent’s impending barrage, “Livin’ It Up,” “Always on Time,” “I’m Real (Murder Remix),” and my personal favorite, “Down Ass Bitch” were brilliant pop creations even if they did contribute to the shellacking his street credibility suffered in the ensuing years.

“PIL 2” is produced entirely by 7 Aurelius, the producer of each of the aforementioned hits, which is an ingenious move. A respected if underappreciated hitmaker in his prime, 7 makes clear that the years haven’t eroded his ear for sentimental pleasures and incessantly catchy hooks. While none of the other refugees of The Inc. make appearances, Ja is flanked by a sizable group of songstresses providing his hooks as Lil’ Mo, Ashanti, and J.Lo once so aptly did.

Opener “Real Life Fantasy” with Anita Louise is somewhat reminiscent of a song from “My Beautiful Dark Twisted Fantasy,” meditating on the pitfalls of fame amid an expansive production. Although Kanye, Diddy, and Jigga definitely beat him to the “self-aware deliberations on infamy” shtick, it’s interesting from the standpoint that Ja clearly feels fame has contributed to his downfall. Ja was once untouchable – how else could he have pulled off the likes of the “Mesmerize” video – until 50 and friends did him like Kwame with the polka dots, so hearing him look back is fairly fascinating:

“I’m a rock star, Rick James, Mick Jagger
Bright lights, big stages, bad habits
Get high, go to prison and evade taxes
This is not what I envisioned when I started rappin’
The mansions, the Phantoms, the suites, the cabanas
None of that matters when the mirror shatters
All I see is pieces of me scattered
Is it a mirror, or is it madness?
‘Cause when I piece it all together it reflects this
And this is me
About as close as you go’n get to insanity
Or genius… a real life fantasy”

Subsequent verses provide compelling insights on famous friends lost from the Murder reign. In his prime Ja was lots of things, but introspective was rarely one. On “PIL 2” Ja takes a few deep looks inside, and what comes forth ranges from illuminating to hollow to somewhat depressing. Either way it’s some of the rawest reflection he’s ever shown, and it’s balanced by a fairly mixed bag of sultry club jams and sweet R&B collaborations the likes of which 7 Aurelius made his name on. His unmistakable delivery impresses on such exercises of versatility as the fast and vengeful “Parachute” and “To the Top,” featuring a melodic performance from Ja and hook from Kalenna Harper. The lethargic “SuperStar” and “Drown” fall flat, featuring hackneyed lyricism in addition to stale production, as does the steel drum-laden “Strange Days” with Ramzo. While there are derivative elements, including inoffensive beats that would gel with anyone from Jay Sean to Nikki Minaj, the occasional use of autotune, and multiple Jay Sean and Rihanna sound-alikes on the hooks, on the whole it’s a sleek and contemporary, if even futuristic, effort musically.

“Black Vodka” is classic Ja, a lusciously smooth throwback to the Murder Inc. days and obvious single, and the John Doe duet “Never Had Time” is similarly catchy, alluding to his impending incarceration and pledging perseverance. Best of all, though, is “Pray,” an ethereal composition standing among his best work:

“Say a prayer for me
But don’t nobody shed a tear for me
I’m dying inside as it is, if
Lonely is the way of the walkin’
I’m practically lyin’ in a coffin
How often do you tell someone you love ’em?
I bet not as often as you say you love summer
And this go’n be the coldest winter ever while I’m locked up
See y’all in eighteen, one love, and fuck fame”

“PIL 2” is flawed but commendable. Through it all, it’s vintage Ja – none of the posturing and rumbling street anthems of Murder Inc.’s early days, but rather music that is perhaps more central to Ja’s essence: heartfelt pop tunes and some long-overdue introspection. Although some of the material is predictably insubstantial, it’s an inspiring effort from a guy who’s been bruised and battered but will live to see another day. A Ja and 7 Aurelius album should find more than a few welcoming ears, and while The Inc.’s empire may be in ruins, Ja’s still standing, if behind bars.