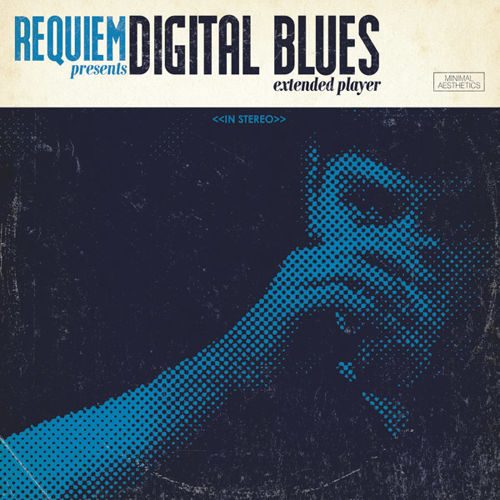 It’s a genuine pleasure to hear from Requiem again, both figuratively and literally. Last time around on “Grassroots Anarchy” he was incredibly patient with us as we worked through technical difficulties getting his review done, showing a humility and humor that many far more veteran emcees wouldn’t have in the same situation. Once we finally got down to brass tacks and took a look at the CD, it got a favorable 7.5 score overall, highlighted in particular by the strong hip-hop beats which are more and more the rule rather than the exception in Aussie rap albums. The biggest drawback to him becoming a crossover international success would unfortunately be the accent, which even for someone like me who follows entertainment in Britain and Australia regularly was pretty hard to understand.

Let’s start by throwing a shoutout to Beat Butcha, who has a marvelous ear for the quality rap music fans like to hear. The title track of “Digital Blues” is the kind of chunky music you could hear Lil’ Fame and Billy Danze screaming “BROWNSVILLE” over at the top of their lungs, and DJ 2Buck’s scratching is the perfect complement. “Worldwide” featuring Rival MC blends a haunting and echoing background voices with sped-up soul samples and a tight drum break. “‘Til Death” makes me think of another East coast rap group, but this time I’m fooled into thinking of Vinnie Paz & Stoupe as DJ Kilo cuts it up. “Love Affair” caresses the piano keys and sets up some of Requiem’s best lyrics lovely:

“Walk down the langways and alleys that meet
Melbourne feels like a mix of New York and Cali to me
You got the grime, graf, smelly trash
You got the real rap art culture and all that
You got the beach babes, rays in summer
You got the rain in winter, the city – goin under
[…]
Somethin funny overcomes me as I enter the city
Some people that feel the same, that’s a real pity
The girls are real pretty, the music is beautiful
Each and every weeknight, party goes through the roof
Cops try and break it up, but they can’t fake the funk
While devils takin junk, angels makin love”

Much as I might fight the urge to write it, I’m forced to tell you in the closing paragraph that things remain entirely the same on this new and shorter four track release – an “extended player” as branded on the sleeve his disc came in. There’s still a difficult hurdle to overcome following Req’s vocal tone, which I have no doubt doesn’t exist for his fellow Melbourne residents, but for Yankees at least it’s tough. In part he seems to be compensating for that with a slow and deliberate flow, but the flipside of that is that it’s easier to notice a somewhat pedestrian lyrical style. It’s not as though he insults the art of being an emcee or does harm to the craft, but once you become accustomed to understanding his words there are few surprises to be heard.

Req’s not a punchline king, nor a walking dictionary, nor a cinematic auteur – he’s just telling you facts as is. It’s like having a pint at the pub with your mate while he tells you about his lousy day on the job as a factory worker. You like your mate, he tells his tale of woe well enough, but you don’t interrupt him and say “Erm – why don’tcha put it to a beat then?” Now Requiem is more of an emcee than that, but the production IS more to write home about than the raps – sorry about that Req. Since he has a level head on his shoulders I hope he’ll take that criticism in stride. I do enjoy his “Digital Blues” for two reasons besides the beats – there’s no false pretenses about Requiem (he’s not acting like a big money hot shot or a drug dealing kingpin) and you can sense his deep passion for both Melbourne and hip-hop. Whether or not he can bring his rap rhymes to the next level will ultimately determine if he’s a cult favorite or achieves larger fame.