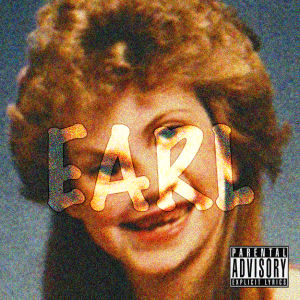 As the Wu-Tang Clan was to the 90’s and G-Unit was to the 2000’s, theGZA, and each has their cult favorite – anODB or Lloyd Banks. When it comes right down to it though one member always seems to get the most critical acclaim and exposure in the pop culture mainstream – the 50 Cent orTyler, the Creator of the clique. For better or worse when you’re the Craig G of a crew, no matter how talented you are or how acclaimed your live performances are, you wind up being in the shadow of a rapper like Kane. Ultimately these are the tensions that often shatter rap crews into fragments.

“This my little brother on my mother’s side, our father died
He was living with my grandmother on the North side of Sacramento
But this fag ain’t just visiting, he’s settling in
He can’t wait to start meddling and doing the evil shit we do
(Does he skate?) Yeah he skate too
(Man, this nigga ugly) And he raps, ooh
This the newest Wolf Gang member
And he (what’s his name?) Earl” – Tyler, the Creator

Songs like “Thisniggaugly” on Earl Sweatshirt’s solo album “Earl” have been the source of much speculation on Odd Future fansites, with people wondering how Earl earned his membership in the #OFWGKTA clique. Most dismiss the story Tyler tells in this song as just a way to illustrate how close their friendship is. Others speculate that they knew each other as skaters long before anybody in O.F. realized Earl could rap, and some even think that Tyler and Earl first met each other on MySpace. Whatever the relationship, he came later to the recording side of things later than the rest, not appearing at all on early releases like The Odd Future Tape.

Going back to our earlier analogies, Earl is obviously the Cappadonna of the O.F. crew, and that’s apt in more ways than are at first obvious. Much like Cappa his absence on the earliest works is glossed over or ignored, and he’s considered a full member of the crew, and he pops up regularly on the group albums and solo spin-off projects. And much like Cappa, Earl has his “Winter Warz” moments where for brief periods of time he seems like the stand-out member of the group, a shoe-in as the underground cult favorite of Odd Future. “Pigions” is one such song where he gives his “brother” Tyler a run for his money as the best emcee on the song.

“Welcome back to class bitch, grab on to your glasses
Odd Future leaving even niggaz in past tense
Style is patent, the measures is drastic
Either that or they 4:4, some call them fantastic
She called me fantastic, I called her a fat bitch
Still kill the pussy, put the cat in a casket
The funeral service was fuckin worthless, so I said a couple words at it
Didn’t know her but I’m confirmin that she sure gurgled dick
The +Odd+ nigga with a spoon in your Danimals
As hungry as a cannibal, trapped in a van of cantaloupes
Harder than granite, hoes know I’m cummin
with the grand force of Van Damme’s fist in a damn cannon”

The problem for Earl though, aside from his long enforced absence from the group (it’s said his mother sent him to a home for troubled youth in the Samoas) just as he was getting known, is that he seems to rely on shock value and offensiveness for its own sake more than the other rappers in the Wolf Gang. There’s no mistaking it – the song he names after himself on the ALBUM he names after himself is among the most scatalogical in O.F.’s history, and it’s paired with a track that’s all bass and beat which pounds a speaker but doesn’t do much musically:

“I’m a hot and bothered astronaut, crashin while jackin off
to buffering vids of Asher Roth eating applesauce
Sent to Earth to poke Catholics in the ass with saws
and knock blunt ashes into their caskets and laugh it off
Twisted sicker than mad cattle, in fact I’m off
six different liquors with a Prince wig plastered on
Stop screamin bitch, you shouldn’t be that alarmed
when Big Lips is in the attic arms with an addict’s arm
Earl puts the “ass” in “assassin”
Puts the pieces of decomposing bodies in plastic
Puts them in a pan and mixes it up with scat
then gobbles it like, fat black bitches and catfish
It so happens that I’m so haphazardous
I’ll puke a piece and put it on a hook and fuckin cast the shit”

Tyler might have some ill will toward being told his “brother” is the lesser member of Odd Future, but when I compare the songs of “Earl” to other non-Tyler solo albums like Mike G and Hodgy Beats, he doesn’t stand up. I can hear the potential on songs like “eraP” and “Couch,” but it’s also telling that they are two of the longest tracks, and each one features a guest rapper (Vince Staples and Tyler respectively). If the Cappadonna example doesn’t fit, then perhaps he’s the Tony Yayo or the MC Shan – I can understand why a lot of people are into him but to my ears he’s just “there.” Some rappers are better served in a group than splintering off from it – I like Cappa better with the Wu than without, and the same holds true for Earl Sweatshirt. IF he reaches the potential shown on “Pigions” though, that may change.