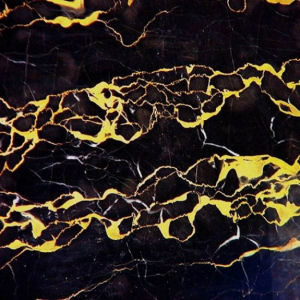 There are two divergent trends in hip-hop production these days. On the one hand you have producers getting noisier and noisier. Death Grips, El-P, and Bigg Jus have all put out albums in the past few months that sound a little bit like a robot getting into a fight with a laundry machine and electric guitar. These artists are making beats that are chaotic and cacophonous, as soothing as a root canal and as peaceful as an explosion.

On the other hand, you have artists like Blue Sky Black Death and Clams Casino who are making music that has more in common with ambient electronica than funk or jazz. Clams Casino has made a name for himself as the go-to producer for Lil B and A$ap Rocky. He has just released his second instrumental mixtape.

Volume 2 sees Clams Casino continuing to build on and expand the sounds he worked with on his first instrumental mixtape. There are lots of ethereal synths and re-worked female vocals. He combines these elements with banging bass, skittering hi-hats, and snapping snares. It’s Dirty South mixed with Bristol trip-hop, and it works as well here as it did on the first installment.

It’s not all mellow, however. He mixes things up on Squadda B’s “Kissing on My Syrup,” which has pulsing synths and driving snares. “Palace” is about as close to Lex Luger as Clams Casino is going to get, adding a vocal chorus to make music that is both bombastic and pretty. “Bass” trades on staccato synth bursts, and “Angels” combines blown-out bass and a woman’s voice to create a beat that is both peaceful and energetic. Lil B’s “Unchain Me” samples Gerard McMann’s “Cry Little Sister” from 80s vampire movie “The Lost Boys.”

This album contains beats Clams Casino made for both rappers and indie-rock acts, and there isn’t much difference in his approach to either. His remix of overrated and overhated chanteuse Lana Del Rey’s “Born To Die” completely abandons her wispy vocals. Instead, he deconstructs the song, taking it in a menacing direction. His remix of Washed Out’s “Amor Fati” adds some 80s keyboards, sounding like something off of the Tron soundtrack. On the other hand, a song like Mac Miller’s “One Last Thing, with it’s congo drums and synth washes sounds more like downtempo music than a rap song.

While there are definitely street rap elements to Clams Casino’s work, especially in the snare and hi-hat sounds, his “Instrumental Mixtape 2” could also be classified as electronica. His use of processed vocals as a prominent element in his songs is similar to UK dubstep artist Burial, and many of the sounds and vibes he is creating would fit in nicely with the prettier and more introspective electronic music being put out today. However you want to classify him, Clams Casino cannot be called boring or derivative. The line between electronic music and hip-hop just got fuzzier.