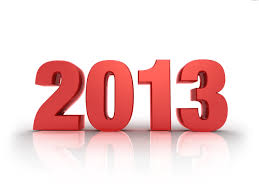 Before I get to my favorite albums, I want to make a disclaimer. I became a father in February, and having a baby in the house drastically altered my listening habits. There is very little hip-hop that is appropriate to listen to with a small child. Even if she can’t understand the words, the aggressive vibe of most rap songs is not what a little kid wants to hear. I learned this while driving around town bumping Run the Jewels with her screaming in the back seat.  As a result, hip-hop went from being 70% of what I listen to to about 30% of what I listen to. Instead, I listened to a lot of jazz, motown, and early Black Sabbath, which my kid seemed to be into. So this list is by no means comprehensive. It’s just the albums I liked the best out of what I managed to find the time to listen to.

There were two big trends I noticed in the music industry in general and hip-hop in particular this year. The first was the all-out marketing saturation that preceded most major releases, from Justin Timberlake to Jay Z to Daft Punk to Kanye to Anchorman 2. It’s no longer enough to advertise your album and do some interviews. Now you have to promote it across multiple channels, building in commercial tie-ins, debuting songs on Saturday Night Live or awards shows, even releasing it via a phone app. I get that in this crowded media landscape you have to work hard to be noticed, but to me the result was that by the time the product came out I was already sick of hearing about it.

The other trend I noticed has been going on for years, namely that it is often smarter to release an album for free than to try to get people to pay for it. Run the Jewels, Tree, and Chance the Rapper all released amazing albums as free downloads. These weren’t hastily constructed mixtapes but actual quality albums. The Run the Jewels album got far more downloads than either of El-P or Killer Mike’s recent solo projects, which resulted in bigger audiences for their relentless touring, which meant that they actually made some money off their music. The business plan for music seems to be either spend a jillion dollars on marketing so that you can get a million people to pay for your album, or give it away for free with zero marketing but lots of buzz so that you can sell out clubs and maybe build an buying audience for your next album, ala Danny Brown.

Without any more editorializing, here’s my ten favorite albums of 2013, in alphabetical order:

Danny Brown, “Old.” Danny Brown got both more serious and more crazy on “Old,” playing with his drug-binging image and offering a powerful kiss-off to raps about drug dealing.

Chance the Rapper, “Acid Rap.” This album is so good that I can even overlook the fact that Chance raps in a jokey voice most of the time. He raps about love, getting high, letting your family down, and being surrounded by the violence that plagues Chicago.

Juicy J, “Stay Trippy.” Sometimes you want deep music that reflects on the human condition. And sometimes you want to listen to someone unapologetically rap about getting wasted and having sex with strippers. “Stay Trippy” is one of the best albums about sex, drugs, and hip-hop to come out this year.

Ka, “Night’s Gambit.” This album is gritty East Coast hip-hop distilled to it’s rawest, purest form. There not a sound or word out of place.

Run the Jewels, “Run the Jewels.” Killer Mike and El-P drop the seriousness and have fun, making outlandish threats and outrapping MCs half their age.

Special Request, “Soul Music.” This two-disc set revisits the sound of early nineties jungle and drum n’ bass, hitting hard as a heavyweight while being smooth as silk.

Earl Sweatshirt, “Doris.” The Odd Future crew proved to me in 2013 that they can do more than shock people with their twisted sense of humor. “Doris” may not have been the most exciting record of 2013, but it was one of the strongest lyrically.

TeeFlii “Annie RUO’Tay 2.” R. Kelly’s sordid sexual history (ie. being an alleged serial child rapist and sexual predator) has soured me on his music. Luckily, L.A.’s TeeFlii is a worthy substitute. He released three mixtapes of randy hip-hop/R&B about picking up girls in the club. He sings about casual sex with a romantic sincerity.