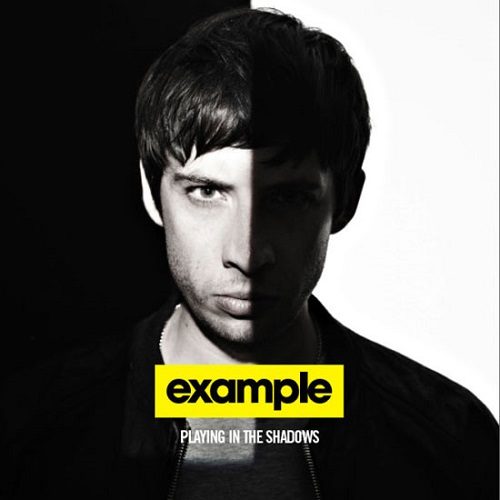 Everybody knows that the United Kingdom has a one of a kind music scene that blessed Western culture with plenty of icons from The Beatles to David Bowie. It has also produced new styles in virtually every form of popular music. One particular aspect of contemporary British music however is often overlooked. You can dance to it. Or let’s put it this way – in the UK there’s a higher chance that you can dance to new music than in comparable countries. That goes also and in particular for indie music. British bands are just more likely to surmise, as the Arctic Monkeys song goes, “I Bet You Look Good on the Dancefloor.” Across the decades there have been a number of bands and individuals that, involuntarily or not, sporadically or regularly, made ‘dance music’ (in the broadest sense possible), sometimes early in their career, sometimes later. Depeche Mode, New Order, Colourbox, The Cure, Sisters of Mercy, Big Audio Dynamite, Happy Mondays, Jesus Jones, Saint Etienne, Everything But The Girl, Stereolab, Bloc Party, Hot Chip, etc. Add influential electronic/dance artists with alternative/rock sensibilities (Aphex Twin, J. Saul Kane, Norman Cook, The Prodigy, Utah Saints, Four Tet), several generations of successful electro pop outfits, popular fusion genres like acid jazz, big beat and trip-hop, cutting-edge vanguards like drum-n-bass and grime, and you have a climate where ‘dance’ is much less an expletive than in the US.

Example is a product of that environment, at one point aborting his mission to make it as a ‘hip-hop artist’ and embracing other possibilities to move the crowd. He did so quite successfully with 2010’s “Won’t Go Quietly,” and even more successfully with 2011’s “Playing in the Shadows,” which climbed to the top of the charts. The number one single “Changed the Way You Kiss Me” helped the album up the ladder, a dark-hued break-up song that creates suspense by shifting gears from spheric synths to pumping drums, a change also effectuated by the switch from singing to rapping.

One of the biggest flaws of dance music and electronic music in general has traditionally been the sameness of the sounds used by individual artists and sometimes even entire subgenres. Hip-Hop (which has to be considered a part of electronic music) had that problem to a lesser degree in the heydays of sampling, but since the emergence of synthesizer beats it is prevalent is well. By fusing pop, house, grime and dubstep, Example has access to a spectrum of melodies and rhythms less experimentally inclined peers don’t have. “Natural Disaster” for instance is based on the same formula as “Changed the Way You Kiss Me” but doesn’t instantly recall it as it happens so often with hit songs and their clones.

In the tradition of the aforementioned ‘indie dance’ phenomenon, it is Example’s aim not to just make people dance but also to write songs they can relate to. Moreso than “Won’t Go Quietly,” “Playing in the Shadows” barely ventures outside the realm of party life and its temptations. In tune with the album title, the nocturnal attractions quickly turn into trappings. The drugs contaminate the relationship songs, sometimes in a figurative manner (“Feed the habit / She’s the habit,” he warbles in “Never Had a Day”), sometimes more literally (trying to break free from codependency in “Under the Influence”). In “Stay Awake” he questions the escapist lifestyle, singing, “If we don’t kill ourselves, we’ll be the leaders of a messed up generation,” and in “The Way” he even puts the burden (and the blame?) on the parents.

These are no rap songs and Example is no Cage or Eminem, so he has to drive his points home on a musical/emotional level. He succeeds with his multi-layered approach, the varying tempos, the infectious eruptions, the driving rhythms, the melodic keys and pianos, the forlorn singing, the punchy rapping, the stadium-ready shouting. The results can be astonishing. The titular “Playing in the Shadows” couldn’t be more mundane lyrically, but with the help of producers Chase & Status it becomes an epic track that literally lurks in the shadows for three and a half minutes until it suddenly explodes. It’s rare to be reminded of Pink Floyd when listening to a trained rapper.

Likewise you don’t hear the names “Ghostface and Raekwon” dropped very often on a dance/pop record. That much should be clear – Example isn’t on the same plane as Flo Rida. At times he’s pretty close to the type of emotive indie pop that produced one of this year’s biggest hits, Fun.’s “We Are Young.” But at this point there’s also something like a trademark Example song. One such song charted high this year, “Chasing the Sun,” performed by (modestly talented) boygroup The Wanted – and penned by Example. There’s no clearer sign that you’ve come into your own as a singer and songwriter than when your songs so obviously point to you even when sung by someone else. Admittedly, one listener’s catchy is another’s corny, and the bloke doesn’t quite possess that Gorillaz or N*E*R*D cool. But if somewhere in that thick rap armor of yours there’s a soft spot for dance and pop, Example might be able to pierce it.