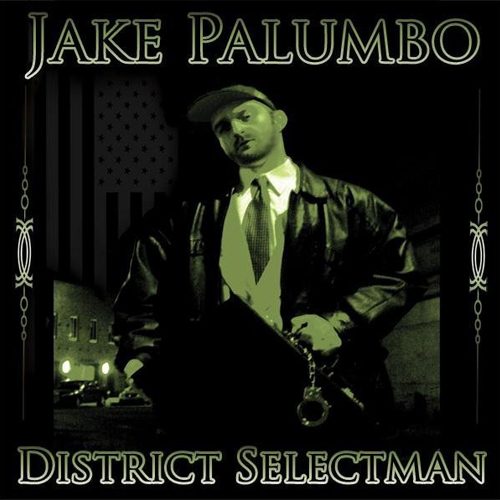 With so many artists deciding to avoid the major labels, and instead release their music independently, new artist-run record labels are popping up daily. Eight years ago Jake Palumbo launched such a label, SpaceLAB Recordings, in east Tennessee. Two years later he moved the operation to Brooklyn, NY, and today the label is not only completely self-sufficient, it turns a profit, and Palumbo has four acts on it in addition to himself.

This week RapReviews caught up with Palumbo, who was kind enough to share some of his most important insights as to why SpaceLAB has become a success where so many other artist-run record labels have failed. These are twelve, not necessarily simple, but simply necessary rules for launching and running an independent label. So if you’re an artist thinking of doing it all on your own, here are some things you need to know.

* When you’re an artist starting a label, you become a label owner who happens to be an artist – I would say 75% of my time is spent running the label and the studio and maybe 25% of my time is getting to be an artist. It’s gotten so busy that I have to actually budget time in to write rhymes and make beats and do stuff like that. There are so many i’s that have to be dotted and t’s that have to be crossed. For starters, money has to come in. Our real estate is expensive, promotion is expensive. I have to be the one who makes sure enough revenue is coming in, whether it’s from studio time, whether it’s from shows, whether it’s from record sales, whether it’s from selling a beat, the bills have to be paid first, and then there are four other acts besides myself that need my attention, so I would say as of late, ever since things have taken off, within the last 2-3 years, much of my time is spent handling the business part of it because it’s one of those things where you can either do it yourself, you can get somebody else to do it on a favor, but you might get varying results from that, or you can fork over the cash to get somebody to really do it right. We’re doing well, but I don’t have wads of cash I can pull out to say hire this publicist, hire this marketing guy. I’m very concerned about it being done right, so I end up having to do basically all of it myself. So I would say 25% of my time is spent being an artist nowadays.

* Treat it like a business – Every week you need to be analyzing your expenses, figuring out where your streams of income are going to come from, legitimate timetables for finishing albums, promoting them, and releasing them, saving receipts for tax write-offs, etc. This is a business, there is no need to pretend otherwise, because when rent or taxes are due, the grownups in charge are not going to accept “sorry, I just been busy working on my bars lately.”

* You’re not always going to be popular with your artists – If you’re going to take on the responsibility of “running things” then you have to also take on the responsibility of being prepared to check people when they’re making mistakes, not pulling their weight, etc. Artists will OFTEN disagree with you, and it doesn’t mean they’re being unreasonable per say, but you always have to keep the bigger picture in mind, and be prepared for people to get frustrated with you for enforcing deadlines, rules, and responsibilities.

* Be patient – If people think they’re gonna get into it and instantly strike oil, then they’re sadly mistaken. To be able to put that kind of work in you have to be on the same page as a team. SpaceLAB started with a simple $1,000 investment – getting a business license, getting CDs printed up, getting flyers done, and everything like that. It was slow to start, but over time, looking for other avenues, selling CDs at the live shows, we were able to build up somewhat of a fan base locally.

* Find your artists’ fan base – Put in some research as to the kind of people who are picking up your music. What else they listen to? Where they congregate? If mostly underground heads who play retro video games are picking up your music, then promoting links to a Bow Wow or Keshia Cole fan group is most certainly a dead lead. Also, as much as we all hate the question “who do you sound like,” you HAVE to have an answer. I hate that question, too, but when I tell someone “I’m the missing link between Kool Keith & Master P” it might spark a laugh because it sounds ridiculous, but it at least gives people somewhere to start.

* Once you have fans, take care of them – Some people have said you only need 500 “true fans,” i.e. fans who will cop basically everything you put out, to have a career. I believe this is true. So when you’re first starting out, instead of worrying because your fan base isn’t large enough, put more effort into converting the fans you DO have into fans for life. Periodically I’ll send a personal message to all the people on our mailing list. It can be as simple as “Hey (name), what’s been up?” You’d be surprised how much people appreciate not being treated like just another number.

* Real fans are better than internet fans – SpaceLAB’s internet numbers SUCK – several hundred followers on Twitter and Facebook, less than 8,000 total views on our YouTube channel, etc. If you’re gauging things simply by that, you’d never know that we actually survive, make money – enough to cover a $4000 a month overhead – can tour the US, and work with notable artists. This is possibly because we focused on cultivating the fans we had in real life, rather than scouring the internet for pure numbers. Just because you have a lot of friends online, doesn’t mean you’re popular, and just because you have few friends online, doesn’t mean you aren’t doing anything of note.

* Find your real fans by taking to the stage – By far the biggest and most consistent breakthroughs we’ve had with new audiences have come from live shows. You can catch more impulse buys of CDs and merch in the moment, from people who just saw you rock the stage, as you’re fresh in their minds.

* Mind your manners – People have to like you to want to do business with you. Anytime a writer, blogger, or anyone posts your music online or says something favorable about you, THANK THEM. I cannot state this enough. Your relationships in this game are EVERYTHING.

* Diversify – I am very fortunate to make a living in the music industry, but the main reason I am able to is because my eggs aren’t all in one basket. Rarely does one particular skill set make a person hit pay dirt. Every month income is a combination of all the various trades – record sales, shows, selling a beat here and there, our recording studio that’s open to the public, outside engineering jobs, DJing, I even take odd jobs sometimes helping aspiring artists get their copyrights, publishing, and digital distribution registered. If I were to depend on any one of these solely for my income, I would be broke in no time.

* Never stop asking questions – I try to learn from everybody I talk to. The stupidest person can inadvertently teach you something. I liken it to the wrestling business. In that business they very much emphasize learning from the veterans, and I’m one of those people who will ask you as many questions as you’ll let me. I’m very much inquisitive as far as trying to learn from people who have been farther than I have. I’m always trying to learn from my elders and people that have done it, and trying to be a sponge and soak up this bit of game from here, this bit of game from there.

* Make sure you truly love doing this – The difficulties in starting and maintaining a business, the runaround you get from others, being broke during the start-up phase, estrangement from friends, family, and significant others, chasing down people who owe you money, drama that arises amongst collaborators, plans not working out… these are all things that you can deal with IF you truly love what you do. If you don’t have a burning passion for your music, I’d suggest saving yourself the headaches that are guaranteed to come with it, and find a nice job with benefits and health insurance.