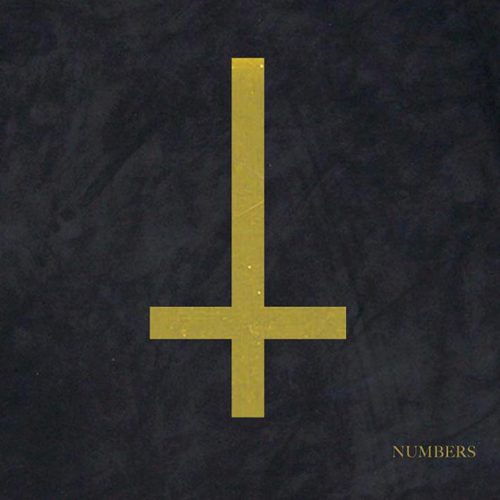 MellowHype is back. It doesn’t feel like they went anywhere though. It’s been a year between the official physical release of “BlackenedWhite,” but the Odd Future collective itself stays chronically releasing side projects, solo albums, digital downloads and can be seen every week on their TV show Loiter Squad. There exists a small but increasing chance that spin-offs like Mellow could become a victim OF the Hype, if fans of the crew decide there’s too much content and scale back their interest. It happened to No Limit Records in the 1990’s. It happened to UFC within the last year. So far the Odd Future train shows no sign of slowing down, but they should send out a signal to the next station and make sure the tracks are all straight and level.

Speaking of tracks, “Numbers” is a typical MellowHype release with producer Left Brain producing the majority of the 16 tracks. The lone exceptions to this rule are Tyler, the Creator co-producing “666” featuring Mike G, Michael Enzinger co-producing “P2” featuring Earl Sweatshirt, and Hodgy Beats co-producing “Astro” featuring Frank Ocean. The latter is one of the most impressive tracks on the album.

Hodgy Beats: “Let’s fuckin celebrate, Wolf Gang confederate
We made it, we made it, we made it and you hatin
Cause we made it and we made it
and that is not an understatement (oh!)
I put that on the people that I stay with
Live day to day with, tour bus is the slave ship
Niggaz worked the grave shift, record clean up and play disc
We must be misbehavin
But the fans love it, they get the subject
Niggaz claim to be rappers but don’t fulfil the substance
Fuckin rubbish I’ll dust quick, nothin to fuck with
I’ve got my hands on my balls, like my nuts itch”

Frank Ocean’s profession on the chorus that he’ll “wear a yellow tux at the Grammys and rock out with my cock out” is pure superstar, and his chance to solo the outro of the song backs it up. Much like previous MellowHype releases though, the rest of the album is a mixed bag. There’s no denying that Left Brain is a talented producer and that Hodgy is ever-improving as a lyricist and vocalist, but right or wrong one gets the feeling that there are no filters on that talent. Put it this way – a creative person might come up with a hundred songs in a given day. Ten of them might be good, and one of them might be sheer genius. Some days they might all be duds. Over time though with a good friend/editor to help filter out the bad from the good, a whole album worth of good material will accumulate. It could take a week, a few months, or a year. When you’re as hot as Odd Future though, and you can eat caviar peanut butter sandwiches for breakfast, there’s nobody around to filter the good ideas from the bad (like eating caviar peanut butter sandwiches). As long as the money keeps flowing, every idea must be a good one…… RIGHT?

Wrong. “Untitled L” has a monotonous Southern style thump that even the worst of Southern rappers would reject as repetitive and bland. “La Bonita” finds Left Brain rapping like Bizarre over a Kool Keith style beat, and both of the latter two are people who need more editing in their musical selections. Terrible audio is the result. “NFWGJDSH” tries to use minimalism, bass and the sounds of a gun cocking to form a melody – and it doesn’t. Hodgy’s flow is impressive but I’d enjoy it more as an acapella. “Leflair” is better than all of these and it’s still no good at all. The staccato one syl-la-ble cho-rus gets real-ly old real-ly fast. “Monster” sounds like the start of a good idea that wasn’t thought all the way through, with a four note variation to open that runs out of steam and relies on a fat bottom and Hodgy’s charisma to carry it.

The irony of “Numbers” is that the songs Left Brain didn’t solo on production turn out to be the best – the aforementioned “Astro,” “666” and “P2.” Some people will tell you that too many cooks spoil the soup, but I think each of the guest contributors here added the right ingredients to give their songs more flavor, whether behind the boards or on the mic. This album doesn’t change my opinion of Odd Future as a whole – I’m still into the collective and think there’s a lot of talent to go around. “Numbers” though is designed to live up to its name. It only exists so that MellowHype as a unit and the clique as a whole can do more numbers and continue to impress people with how big they are in the media. Right now though Psy’s “Gangnam Style” is more viral than Odd Future, and like it or not a better rap song than anything on this CD. When you live by the viral, you can die by the viral too. The Odd Future fam needs better quality control to stay relevant in 2013 and beyond.