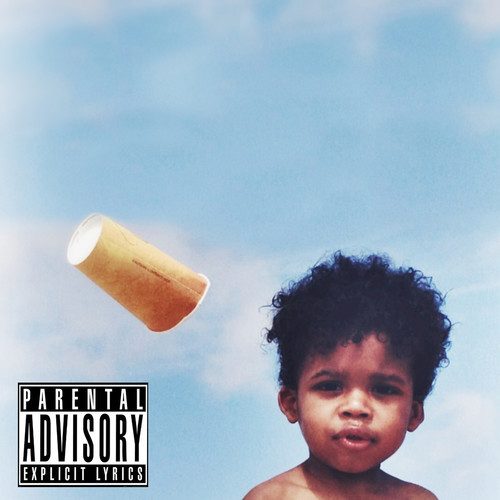 I was convinced I had already reviewed a Hodgy Beats solo album – either because I spent so much time working on “MellowHype albums feel like they’re Hodgy’s own with Left Brain cameos. For those who don’t know, Hodgy was actually the first member of Odd Future to drop a solo release, preceding Tyler’s “Bastard” by 5 months in back in 2009. Tyler was the one the mainstream latched onto though due to his deep vocal tone and purposefully disturbing lyrics, so while Hodgy’s role as a producer and contributor to the group effort is critical, his stardom as an individual seems eclipsed by how brightly Tyler burns. That’s true of everybody in Odd Future to some degree save perhaps Frank Ocean, but as noted, Hodgy came first – and that seems to be largely ignored.

“I get so high my lungs hurt
I drink too much, got liver problems
And I put it on my bottom silver dollar
Black on black guns, got nigga problems
Lights, Action Bronson, strike back and conquer
And +Parks and Recreations+ like Ronald Swanson
+Nigga Witta Attitude+, +Straight Outta Compton+
And I ain’t from Gotham, I’m from Patterson
And I’m smokin weed, and pacin y’all
‘Til my head it aches cause I’m overcharged”

Hodgy’s “Years” asks the pertinent question “Where do you see yourself in a couple of years?” The entire Wolf Gang can ask the same. Right now it’s all good times with TV networks and record labels sucking up to them, and the ability to either act too cool and ignore them or cash in here and there and still maintain credibility with a large fanbase. Jealousy of Tyler has yet to creep in and fracture the crew, but if he continues to be the most identifiable and sought after member year after year, there may come a time where Hodgy, Mike G, or Earl Sweatshirt feel overlooked and get the rock star ego trip. It’s perhaps appropriate that Lee Spielman, lead singer from punk rock band Trash Talk (a recent signee to their label) guest stars on “Goodbye” – the last song of “Untitled 2” and a metaphor for potential problems intentionally or not.

“Drop out of sight and fly vacate from you
You’re negative I’m vibin hate from you
Used to be my main squeeze now you my main pain
Migraines and brain strains, I’ll explain on my plane T
Frankly, I just wanted to be happy with you after all
But after all the shit you put me through I’m OFF THE WALL”

The clash of musical styles works quite well for Hodgy – it creates a distinctive identity for him and simultaneously manages to sound cooler than Lil Wayne’s heavy metal experiments. There’s a general feeling of looseness to Hodgy’s songs, as though a free EP with no expectations removed the constraints of expectations a group album or side project creates. It’s the same feeling I got from “The Dena Tape,” where he just kicked back and did what he wanted to. He can even rap about the things that matter most to him on “Alone” and convey his innermost feelings.

“I’m never alone – it’s me, myself, and my son
I’m up before the sun for my son, that’s my number one priority
Majority of people are minority
Underhanded, I understand it
Being taken advantage of ain’t the best feeling is it? Nah
The actions are found through anger, naked concealed imprisonment
I’m trying to implement the simple shit
Not hopin for episodes of incidents
which is prevalent without a settlement
I’m heaven sent, hell bound
Fresher than luxury with lemon scent”

There are only 25 minutes total on this EP, but Hodgy doesn’t waste any time either as a rapper or a producer, even when he alleges that he’s just “Bullshittin” on a mellow track for a few minutes. Again either intentionally or accidentally it’s the perfect place for the song if you’re listening to it in order, because it cools things down before you pick up the pace leading to the energetic hard rock finale. It’s albums like “Untitled 2” that truly show off the talents of Odd Future’s individual members, where they don’t get lost in a massive group effort or made to seem like planets in Tyler’s orbit.