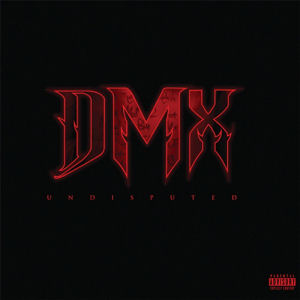 Our editor Steve ‘Flash’ Juon closed his January 2000 review of DMX’s quintuple-platinum third album “…And Then There Was X” as follows: “With a demanding audience who expects him to turn out product every nine months and convincing album sales that reflect this pent up thirst for D, he may never actually get the time and introspection he needs to pen a perfect release.” Of course, there was absolutely no way for our benevolent dictator-for-life to foresee the various obstacles that would befall Earl Simmons from maintaining a regular recording schedule through his late thirties, and “Undisputed” is the dog’s first LP in over six years. His personal, legal, and substance issues are no secret and hardly worth discussing here, but as rap is the most biographical of pop music it makes for a compelling prospect from an MC who’s already nothing if not compelling.

Reading the decade-and-older DMX reviews on this site is particularly fascinating for me because I can’t recall a time when X didn’t enjoy universal acclaim from hip hop and pop audiences alike. Perhaps my experience is an unusual reflection of the precise time and place I grew up, but among folks I know, even those I’d hardly characterize as big rap fans, X still enjoys somewhat of a cult hero’s status. Beyond being one of the fiercest, most charismatic pure spitters to ever rock an East Coast mic, X wasn’t unlike Eminem and 2Pac in that he put his vulnerable, volatile emotions at the forefront of his platinum-selling albums, and his decorated criminal record only furthered the notion that it wasn’t an act. By the time the mid-2000s rolled around, though, his Ruff Ryders family was becoming scarce just as his personal issues began to derail his solo catalog, and for over half a decade we were forced to navigate a foreboding, uncertain world without the guidance of Dark Man X.

The at-times triumphant return “Undisputed” wears many hats and dons most of them admirably. Here you’ll find his trademark street anthems replete with horns and barking, desolate monologues toward a silent God, and endless exploration of a chronically conflicted character. He doesn’t break much new ground, nor does he lend the sense that he’s forcibly trying to reclaim past glory. Upon hearing the opener “What They Don’t Know,” an archetypal Swizz Beatz jam that stands among the best the duo ever concocted, it’s almost impossible not to proclaim the return of the dog:

“They on that peep Dark whisperin’, walk soft shit
I’m a dog, course I recognize a bitch
And I ain’t speak ’cause I was actin funny, nah, it’s not what I’m about
You just look mad different without a fuckin’ dick in your mouth
Soon as I seen you I knew you was see-through, ’cause I seen through
I ain’t mean to, he made me hit him, that’s what the thing do
If we were big as our hearts you’d be half my size
I only fuck with the real, Scarface and Nas
Niggas love to think the worst
But put what you think in this hand
a pile of shit in the other, which one’ll get filled up first?
I stay remindin’ niggas what the gun do
Wherever I’m at niggas don’t come through, if they do they run through”

It’s an inspiring performance and production on par with “Where the Hood At,” with all the lewd violence and homophobia that probably endears him to as many listeners as he repels. Over the imposing 17-deep tracklist, Dame Grease and a number of less familiar names assume the reigns with mixed resultsâ€”familiar samples flipped in unimaginative manners make for an unspectacular record musically. Among the upbeat selections, there’s “I Don’t Dance,” a likable Machine Gun Kelly duet produced by J.R. Rotem; the fanfare-driven “Get Your Money Up”; Swizzy’s second contribution “Y’All Don’t Really Know,” recalling better moments of DMX’s earlier LPs; and the frenetic “Frankenstein,” all worth more than a cursory listen. “I’m Back” suffers from an over-utilized sample, and while “Already” isn’t bad by any means its formula is quite familiar.

The other half of the album is comprised of slow, contemplative numbers giving X room to, well, do what X does over slow, contemplative numbers. The conflicting sentiments are never in short supplyâ€”mere minutes after claiming “I ain’t never been a sucka for love” on the smooth “Sucka for Love,” he’s professing his undying gratitude on the soulful “I Got Your Back.” This hardly detracts from the productâ€”in fact, both are among the album’s highlightsâ€”but it is suggestive of the periodic lack of real introspection despite the constant presence of convincing passion in X’s verses. “Cold World” is appealingly bleak but doesn’t go anywhere not already charted on “The Great Depression,” and essentially the same can be said of both “I Get Scared” and “Slippin Again.” “Have You Eva” and the dramatic “Head Up” are the best among the reflective side, boasting some of the record’s best performances and production.

While there’s too much of it, most of “Undisputed” is vintage X, but listeners should note that under the umbrella of “vintage X” there’s more “soul-searching-and-talking-to-God-in-a-dark-empty-room” than “pump-up-jams-with-horns-and-pit-bulls-and-ATVs.” Still, after a six-year hiatus, old fans will be more than satisfied by such a largely successful comeback by the troubled artist. At times Earl sounds like an aging, wild-eyed street corner preacher, but somehow this adds to the mystique of “Undisputed”â€”DMX has always appealed as a man truly on the edge, and this is a logical progression for a rapper clearly anguished for so long. I don’t know who or where the Ruff Ryders are these days, but X remains one of the most purely compelling figures to ever make hip hop his craft. Give a dog a bone and peep “Undisputed.”