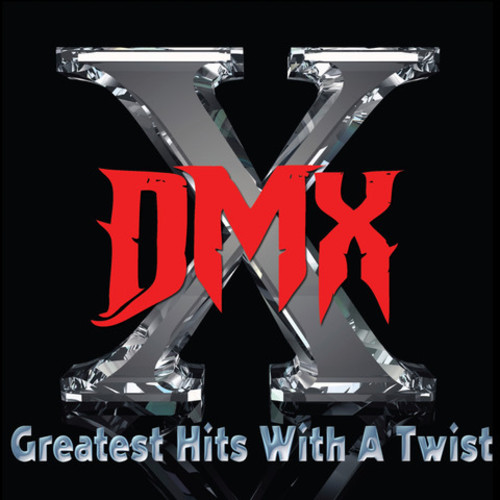 Greatest Hits With a Twist

DMX :: Greatest Hits With a Twist

Everything about this feels wrong.

First things first though — if you’ve been living under a rock for the last two years, Earl Simmons passed away April 9th, 2021. The man better known to the public as DMX lived a troubled life, which both informed his energetic delivery and charismatic personality and sadly led to his early demise. He filed for bankruptcy three times, was in jail over 30 times, and fathered 17 children with 11 different women. I think it’s fair to say that during his five decades on Earth he lived two or three lifetimes while most of us are just trying to survive one. If the cliche is that celebrities “burn the candle at both ends” then Earl Simmons was attacking the candle with a blowtorch in one hand and a flame thrower in the other. He lived hard and he died a legend.

The only explanation I can offer for 2011’s “Greatest Hits With a Twist” is that it’s a direct result of X living a hard life. Drug use sucks up a lot of money. Child support payments suck up a lot of dough. Attorneys don’t get paid in fist bumps and shoutouts. What was the quickest way for Simmons to make some cash? Re-record all of his old hits from the height of his career in the 1990’s and early 2000’s. He didn’t have to write new lyrics for these songs, and the people involved in its release could hire off brand producers to mimic the beats instead of the original beatsmiths. In fact it’s a genius move considering that DMX could conceivably get royalties twice — first from the Def Jam versions, then from these X-Ray/Cleopatra versions.

That’s a fantastic concept in theory, but in execution it’s an utter failure. All of the thump and bang of songs like “Who We Be” is stripped away thanks to what sounds like a watery karaoke imitation of the Black Key and Melvin Armstead version he made famous. This is further compounded by the fact DMX’s hard life in the ten years between the first and second take on this song are evident in his delivery. He’s trying his hardest to attack the beat with the same energy, but when you burn life’s candle with a blowtorch ten years is more like 30 in dog years (appropriate for hip-hop’s number one barking and growling emcee). Eventually the poor attempt to remake “Who We Be” so utterly annoys me I turn it off even before the infamous “dead ant” meme kicks in … except that it doesn’t. They didn’t even remake it faithfully on “Greatest Hits With a Twist” dog, they phoned it in.

The biggest “twist” though is that the album is padded out with some unnecessary remixes of these remakes, taking a bad idea and compounding it with some truly terrible ones. I’ve heard a lot of dubstep EDM over the years and I don’t think anybody in the genre would consider “What’s My Name” a good example of it. The “High on X” remix of “Where the Hood At” is not only insulting to my eardrums but personally offensive since the title seems to be mocking his drug abuse problems. At least the title of the “X Gon’ Give it To Ya” remix is accurate though — “Fuckin’ Twisted” is dead right. Whoever thought it up was seriously fucking twisted. It’s awful.

I want to be absolutely 100% clear so that I don’t get it twisted for you the reader or me as the author. I love the original versions of these songs. Some days when I’m in the mood I’ll do nothing but play DMX’s greatest hits for an hour while I work. I’ve been doing that people still made mixtapes on physical cassettes, knahmean? But that’s what those playlists are to me — mixtapes of his greatest songs. The REAL songs. Not these phony baloney versions being passed off as a “twist” on something beloved. Not everything needs a twist. I had a mixed drink recently that was garnished with an orange peel twist, and if you had seen the face I made when I drank it you’d know that didn’t improve it one bit. That’s this album — one sour drink you don’t need to ever taste again.