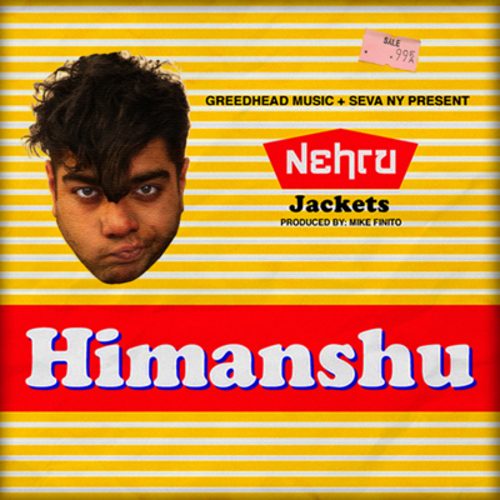 Das Racist announced they had officially broken up over the weekend. Himanshu “Heems” Suri announced the split onstage in Munich, and his former partner Kool A.D. admitted that they had actually broken up months ago, despite the fact that they had been working on a follow-up album and a TV show. The split is not totally surprising given that Heems and Kool A.D. both released solo mixtapes this year. Heems just dropped a new one, but I finally took the time to catch up with Heems’ “Nehru Jackets.” I had missed it when it came out earlier in the year, and by the time I decided to download it, all of the download links had been removed. I get that piracy is an issue and websites are being more diligent about not posting illegal links to copyrighted materials, but I don’t understand why they would remove a link to a FREE mixtape that the artist himself posted. Luckily, the link at SEVANY still works, so I was finally able to listen to it. I’m not sure it was worth the trouble.

Heems is full of contradictions. He’s managed to turn a novelty song (“Combination Pizza Hut”) into a real rap career with Das Racist. He makes jokey rap but deals with serious subjects like racism, identity politics, and police brutality. He’s a dudey weedhead who has some serious book smarts. It’s as if he can’t decide whether he wants to be an Indian-American activist, an academic, a rapper, or a stoner man-child. “Nehru Jackets” doesn’t answer the question.

The album was released not by a label but by SEVA NY, a non-profit that serves South Asians and West Indians in Queens. It features South Asian rappers spitting verses in their native tongues. Based on that information, you’d think it was a serious project, full of serious rhymes. You’d be wrong.

The album starts out with “Thug Handles.” Over an 80s synth beat, Heems raps:

“I don’t got love handles
I got thug handles
My life’s a game of dice and me I gamble
[…]
I’m a major freegan
Ballin’ out with burgers like eight every weekend
Not just burgers
Got some cheese on that bitch
Coronaries clogged ’cause I got disease in that bitch
Doctor said ‘Himanshu, watch your cholesterol’
I said ‘Doctor please, man, please
Just let me ball’
I’m just kicking it
Crown fried chicken it
Finger licking good so my finger I be licking it”

Heems raps as if he is half asleep and making up his raps as he goes along. It’s funny for a song or two, but there are twenty-six tracks here. That’s a lot of half-assed rapping to sit through. It begins to feel like a major missed opportunity. Shouldn’t some of this been left on the cutting-room floor? If Heems is going to actually be a rapper, and release an album with a non-profit, shouldn’t he at least pretend he gives a damn? Instead, he comes off as the ironic hipster who is so immersed in irony that he doesn’t even know when he’s being sincere. “This rap shit is nothing to me” he admits on “SWATE.”

Which is a shame because Heems has moments where he really shines. “NYC Cops,” a reinterpolation of the Strokes song,  lays out decades of police murders and police brutality by the NYPD. Even with his tossed-off style, Heems is devastating:

The album also shines when guest rappers show up. Danny Brown, Action Bronson, Mr. Mutherfuckin Exquire, and Childish Gambino provide the highlights on the album by rapping like they actually give a shit. Producer Mike Finito tries is the real strength of the album, laying down track after track of solid beats. There are some 80s synths here, some Indian samples there, and it all adds up to something banging but unique.

“Nehru Jackets” is worth the download for Finito’s beats and the guest spots. It’s unfortunate that Heems didn’t step his rap game up for the occasion. Maybe Das Racist was right to break up.