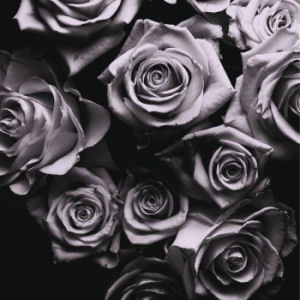 Zomby came on the scene in 2008, releasing an EP on the dubstep label Hyperdub. His debut album, “Where Were U in 92?,” combined dubstep with the sweaty rave music of Zomby’s youth. He went in a much quieter direction with 2011’s “Dedication,” made in the wake of his father’s death. That album saw him experimenting with the snap beats, rolling high-hats, and gunshots that are standard Southern street rap components. “With Love” sees Zomby going even deeper into that territory, while continuing to explore ambient music and 90s rave music.

The album is split across two discs. A lot of the first disc is made up of pretty, ambient songs (“Memories”), and amped-up techno and drum n bass tracks (“It’s Time,” Overdose,” and “777”). There are also several tracks that wouldn’t feel out of place on a Three Six Mafia album. “The Things You Do” has menacing swagger punctuated by snap beats and booming 808s. “Horrid” and “Orion” balance out 90s rave synths with hi-hats and thundering low ends. Even a mellow ambient track like “Pray For Me” mixes snap beats and gunshots into the icy synths.

Zomby isn’t the only EDM producer who is playing with trap music these days; it’s become a sub-genre unto itself. From my limited perusal of the heavy hitters of the genre, including Flosstradamus, Mayhem, and Baauer, the emphasis is on making the kind of loud, over-the-top dance music that gets stadiums full of kids jumping. None of it captures the subtlety and coolness of street rap production like Zomby does. Zomby isn’t trying to turn it up, he’s trying to bum it out. His beats are much more somber and menacing than, say, Luminox or Carnage. The genius of that Southern street rap is how it embraces minimalism, building bangers out of some hi-hats, bass, and a little keyboard. Zomby seems to understand that, and works within those constraints for much of “With Love.”

If Zomby is more constrained and subtle than his EDM counterparts, he’s also more dedicated to making actual beats than a lot of instrumental hip-hop producers. Much of the instrumental hip-hop I’ve heard in 2013 has gotten so abstract and glitchy that it’s completely lost sight of the beat. Zomby doesn’t make that mistake. Even many of his prettiest, most delicate tracks are grounded in thumping bass. As a result, it’s a more satisfying listen than Shlohmo’s or Nosaj Thing’s albums.

I know little about Zomby, and I’m not sure to what extent he’d consider his music instrumental hip-hop, or even trap for that matter. What I do know is that a lot of the beats on “With Love” would work really well with some eighteen-year-old Bankhead kid slurring slang about cars and weed over them. Zomby has a thing or two to teach hip-hop producers about how to make a proper instrumental album.