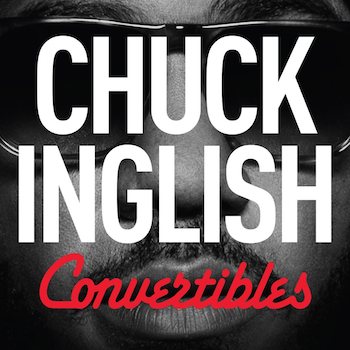 Chicago rapper/producer Chuck Inglish emerged seven years ago as half of the retro-leaning duo Cool Kids. Their signature sound was Inglish’s stripped-down beats, with booming 808s and snare slaps that sounded like early Def Jam. The Cool Kids haven’t done much as a duo since 2010’s “Tacklebox,” but both Inglish and Sir Michael Rocks have been busy making solo mixtapes and producing for other artists. The Cool Kids have another album on the horizon for 2014, but in the meantime Inglish has just released his first solo album, “Convertibles.”

“Convertibles” is Inglish’s chance to show his diversity as a producer and a rapper. That diversity starts with his label. His Sounds Like Fun imprint is signed to Federal Prism, which is run by TV On the Radio’s Dave Sitek. Cool Kids have always been on the fringes of mainstream hip-hop, and Inglish continues that trend by signing to an indie rock label.

I won’t lie: the best songs on “Convertibles” are the ones that hew closest to the sound that Inglish is known for. It’s hard to go wrong with old-school trunk-rattlers, which Inglish proves time and time again. “Attitude” and “Swervin'” both have pulverizing bass, although Inglish does different things with both beats. “Swervin'” is in the vein of g-funk, with the hint of a piano and snapping snares. “Attitude” has a harder beat, but contrasts it with a sung hook by BJ the Chicago Kid.

“Money Clip” is built around a driving beat with a few string and synth flourishes. The uptempo beat spurs Inglish to drop his usual laconic delivery for a more spirited flow:

“San Diego dayglow, get what you pay for
It’s not everyday though, they do what we say so
Uh, def that bump
It’s not a drop, it’s convertible bruh
Put a rack up on it if you ain’t no punk
Do it up like the steps, walk it out like a pet
Off the top, get a tip like 75 percent
This establishment was meant, washing money with the lint”

He’s assisted on the track by Vic Mensa, Retch, Hassani Kwess, and Sulaiman. That’s a lot of MCs for one track, and it gives it the feel of a posse cut. Most of the songs have at least one rapper and/or singer. Ab-Soul and Mac Miller offer stellar verses on “Came Thru/Easily.” Action Bronson mixes his culinary and sexual metaphors on “Gametime.” Sir Michael Rocks joins Inglish and Polyester the Saint on “Swervin’.” These MCs all help offset Inglish’s serviceable but not spectacular rapping. He’s fine on the mic, but his rhymes have very little stakes. His label is rightly named: Inglish is all about having fun, and as a result his rhymes feel lightweight. He likes cars, he likes pretty girls, likes to have beer and weed with his friends, and doesn’t like having his heart broken. To his credit he is less raunchy than many of his peers, and he gets some good wordplay in, but he rarely says anything of consequence.

Inglish doesn’t waste his solo debut with a bunch of standard Chuck Inglish beats. He takes the opportunity to branch out and try different genres. “Legs” is a disco-funk with dance artist Chromeo. “Ingles (Mas O Menos)” is a combo electro/Latin club rap track with Mexican-American rapper Cap Angels. Inglish goes full Prince with Jade on “P.R.I.S.M.,” which features an electric guitar solo that would make his purple majesty proud. The latter half of the album is made up of downtempo songs that show a more sensitive side and psychedelic side to Inglish.

The album ends with “Glam,” a track which features singer Macie Stewart and Chance the Rapper. Chance has been on a roll for the last year, and he doesn’t slow down here. His verses add depth and gravitas to what would otherwise be a pretty frivolous album.

It ends with the chorus of “God loves all my niggas, nigga.”

“Convertibles” isn’t a perfect album. The genre-switching makes it lack cohesion, it drags a bit in its later half, and it doesn’t pack much weight lyrically. Still, the combination of good-time rhymes and heavy-hitting beats makes it an album worth picking up. Inglish and crew may not have a lot to say, but they are having a good time saying it. As with all of Inglish’s work, the beats are throwbacks to the old school with the technology and finesse of the twenty-teens. It’s the kind of album you want to put on in your convertible while you are riding around with the top dropped enjoying a warm spring afternoon.