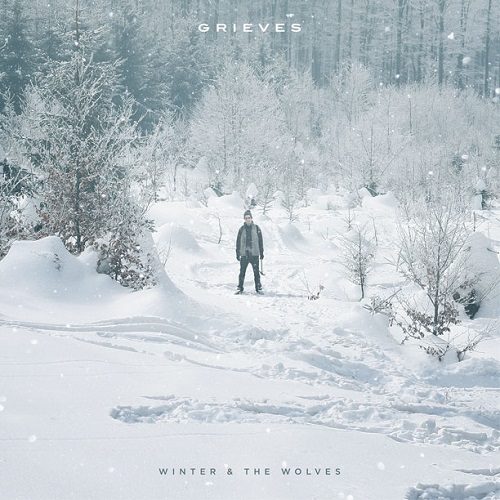 Grieves :: Winter and the Wolves

It’s hard for me to discuss Grieves without also bringing up Macklemore. Yes, they’re both white rappers from Seattle, who have pretty similar voices and deliveries. But the main reason I associate the two is because I was introduced to them at the same time – on a CunninLynguists song that featured them and Geo (from Blue Scholars) back in 2009. Since then I’ve compared their career trajectories and have flip-flopped countless times when deciding whose music I like more. Towards the end of 2009, Grieves announced that he had signed with Rhymesayers Ent. His Rhymesayers output (a re-release of his second LP “88 Keys & Counting,” “The Confessions of Mr. Modest EP” and “Together/Apart”) has been consistently excellent. Even though “Winter and the Wolves,” Grieves’ first release in nearly three years has a pretty similar vibe as his previous work, but overall it feels like a step down in quality from his previous work.

One of the first things Grieves fans will notice about “Winter and the Wolves” is Budo’s absence. (Budo is a producer/instrumentalist who has produced a lot of Grieves’ previous work.) Grieves, who produced the entire album with help from B. Lewis, is a perfectly capable producer, but overall the beats on “Wolves” tend to either sound the same, or just flat out sound bland. Grieves sticks to his signature piano-driven sound, but most of the time, the production sounds like a “lite” version of “88 Keys & Counting.” The driving keys of “Woah is Me” is a standout, but as the album progresses, songs like “How’s it Gonna Go” and “Long One” start to get redundant.

“Winter and the Wolves” is mostly carried by Grieves’ strong writing and ability to craft catchy sing-song hooks. Opener “Rain Damage” and the lead single “Shreds” show his more aggressive style of rapping, but for the most part, he focuses on very personal subject matter that usually revolves around failed relationships. “Whoa is Me” balances his humor and self-deprecation, and he tells stories about his past on “Like Child.” Grieves’ music has always been interesting to me because he’s the type of rapper who bears it all, and it’s usually something I relate to, which makes me want to replay certain songs over and over. He is still extremely personal on “Wolves” but a majority of the tracks lack the replay value of songs like “On the Rocks,” “Lightspeed” or “Rebecca.” Album closer “Smoke in the Night” is the rare exception, and is one of Grieves’ most powerful songs he’s ever done, but overall there isn’t much pulling me back for re-listens.

Back in 2011, Grieves released arguably his best album, while Macklemore was still working on what would be his Grammy-winning album, “The Heist.” Grieves had the support of indie heavyweights Rhymesayers and was touring with Atmosphere, while Macklemore was constantly on the road with no label backing or notable co-signs. Three years later, Macklemore is one of pop music’s biggest stars, while Grieves is more or less in the same situation as he was in 2011. Not only is Grieves’ career in the same spot (which is no slight because he is in a pretty solid situation), but his music hasn’t changed much either. And I think that’s my biggest issue with “Winter and the Wolves.”