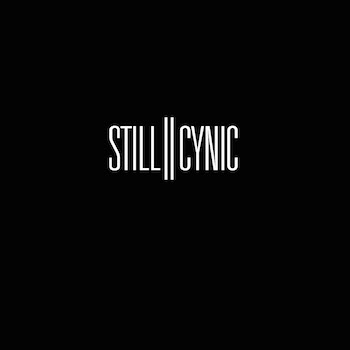 I have nothing against this all female duo from NorCal(Sacramento to be precise) but their “indie rock” cred gives me cause to pause. Obviously given the name of the website we don’t review a lot of rock music, pop music, country music, et cetera. We dabble occasionally into reggae, soul and R&B given their close proximity to hip-hop, but at the end of the day we are what we are. When I took the recommendation on Sister Crayon’s “Still||Cynic” I was (feel free to laugh now) under the mistaken impression they were a new female rap duo I hadn’t heard before.

There is a bright side to this story though for me – “Still||Cynic” has a hip-hop component despite the group’s decidedly non-rap origins. This album turns out to be a set of new looks for their 2013 “Cynic” EP, putting a new spin on old music in classic remixing style. In fact every single song on this 9 track release is a ‘something’ remix, and not surprisingly I’m drawn to the ones from the hip-hop names I already know. Long time Los Angeles producer/rapper Busdriver contributes the “Meager Leavings” revision and it rattles like a snake across my eardrums. Rhymesayers starsP.O.S. grace us with a “Cynic” remix, and immediately following that is a Sole and the Skyrider Band take on the track, with Sole even chipping in a rap verse.

As for the ladies of Sister Crayon themselves, I can tell you that lead singer Terra Lopez has an enchanting voice, the kind of breathy and hypnotic delivery that could crash many a ship on her shores. It’s hard for me to ascertain much of her partner in crime Dani Fernandez’ backing instrumentation, since anything she’s doing could be completely lost in these remixes – and almost certainly is in the techno spastic “Daedelus Remix” of “Meager Leavings.” Not my favorite track on this album to be perfectly frank about it – sounds like the producer was having a seizure as he fiddled with the settings on his laptop. Drunken monkeys have more rhythm and coordination. It’s just a blip out of the 43 minutes of “Still||Cynic” though, so it doesn’t hurt the overall presentation – which in the end was more hip-hop than I expected but not so much so that I can tell a die-hard rap head to rush out and buy it.