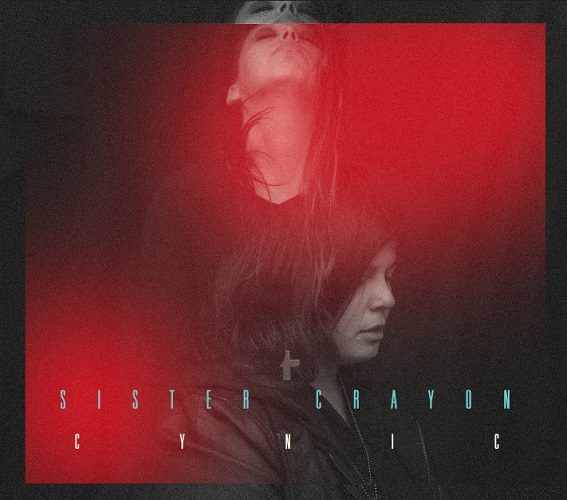 Sister Crayon’s EP was described to me by their publicist as “a beautifully crafted trip hop record.” Now the dude in question is not normally prone to hyperbole when e-mailing me, but then again in the music business, you take these sort of statements with a grain of salt. On the flipside though I’m certainly not opposed to trip hop, or dubstep, and in fact I often leave long mixes of either streaming from YouTube in the background while I’m editing reviews. After all I’ve just spent hours listening to hip-hop for my OWN reviews, so some good electronic beat driven music where I’m not analyzing the lyrical content is a welcome break.

I suppose in fairness I should say then that Sister Crayon’s actual lyrics barely registered a blip on the radar while I listened to the “Cynic” EP. Terra Lopez and Dani Fernandez seem a fine combination – the former being the vocalist and the latter providing the “beautifully crafted trip hop” sound. A little investigation turned up that they released an album called “Bellow” on a different label in 2011, which must have been at least some degree of success for Fake Four, Inc to recruit them into the fold. A good example of their trip hop styling can be heard on the third track “Floating Heads,” which you can actually see them performing live.

It’s an up tempo affair, with Lopez’ vocals echoing off the walls of the recording studio (or at least mixed to seem that way), giving her a lilting angelic quality – she seems to float over these trip hop beats as opposed to blending into them. Fernandez and Lopez clearly have a good chemistry. And unlike dubstep, which can at times be electronic and jarring, this UK invention is more like what would happen if you mixed soul music with rap and 1960’s acoustic folk. Think Portishead and Massive Attack. That’s the trip hop sound, and it’s a sound Sister Crayon has clearly mastered.