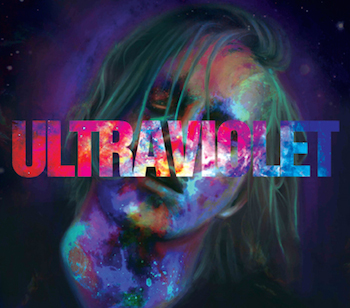 If you were to give me a piece of paper and tell me to write a short list of people I’d expectSadistik to collaborate with, you’d find names like D-Sisiveand Sankofa at the top – highly regarded lyricists who exist on the outer edges of being well known even in their own hometowns. Far from being frustrated by a lack of notoriety, these like-minded emcees thrive in the space outside the margins of the page, getting to express things that everybody in hip-hop’s mainstream doesn’t by staying comfortable between the lines.

Sadistik chose to shatter my preconceived notions on “Ultraviolet” by doing a song with Sticky Fingaz and Tech N9ne. If you’re not previously familiar with his work this might not seem radical, but as a long time listener it struck me the same as if Jay-Z had decided now was a great time for a collaboration with Non-Phixion. After listening to “Death Warrant” I have to throw out the rules out the window and say screw the list and whoever I put on it – THIS WORKS. In fact that’s the sentiment that suits almost every song on “Ultraviolet,” each one a new revelation of an artist you either don’t know or only thought you knew. Take “1984” for example.

“Had thumbs against my temples, pencil in my clutches
Jackson Pollock while he stencil in the subjects
BANG!! And now I’m splattering the pain and such
Apple on your head and my aim is +Naked Lunch+, BANG!
Same faded Chucks from the roads that I crossed
+Roads Not Taken+, but no Robert Frost”

Sadistik goes from mainstream collaborations to “hiding all my thoughts in the looseleaf” hoping that Big Brother won’t find out what he really thinks. While this early leaked single plays to the notion of Sadistik as a rapper who loves literary references and making you dig into your mental search engine to catch them, he’s also doing airy songs like “Gummo” with songstresses Yes Alexander and duets with up-and-coming rappers like Seattle born San Franciscan emcee Nacho Picasso on “Witching Hour.” Even though collaborations don’t dominate the 56 minutes and 13 songs of “Ultraviolet,” the ones that he does reflect a desire to break from his traditional format and expand his style and reach to areas he’s not experienced before. It’s artistic growth from a man perceived as already being fully mature.

Should you follow the “Cult Leader” down the maze of twisting passages all alike? You’re not going to be eaten by a Grue if you do. Despite his seemingly sinister nickname, Sadistik doesn’t delight in torturing his listeners verbally or musically. He’s not exactly cheerful, even referring to himself as “a borderling personality” on “Blue Sunshine,” but he also notes he’s got “a smorgasbord of followers – I won’t ignore ’em.” The long time cult favorite is a little more dour and morose than you’ll find on the Top 40, but if Sadistik can find more ways to surprise his listeners he won’t be saddened by his album sales.