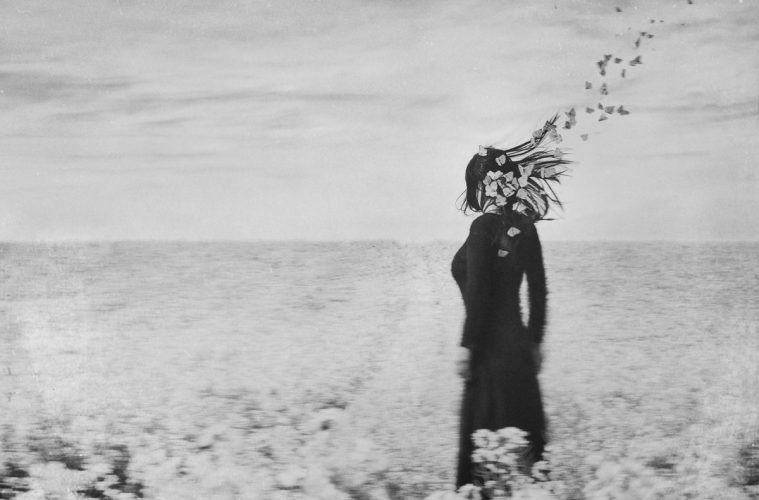 The global pandemic may have created a new set of legal and personal prohibitions, but Sadistik hasn’t let either of those stop him. The Seattle wordsmith released his EP “Delirium” earlier in the year, and it was a cacophony reflective of Sadistik’s mindstate and therefore worthy of the title. It was a dark walk through the perdition that comprised the mind of Sad Vicious. His latest EP is tied to “Delirium” conceptually as it can be summed up by the title of a Marilyn Manson song: “Long Hard Road Out of Hell”. Entitled “Elysium“, this EP is a thematic juxtaposition to its predecessor. Granted, Sadistik has been a bleak rapper throughout most of his career, but “Elysium” has the emcee on the route to contentment.

Lyrically, Sadistik sounds different than the last time. There’s nothing overtly topical like “Aileen Wuornos”, but it’s kind of reminiscent of the style he had on 2014’s “Ultraviolet”. His raps remain poetic with precision-honed usage of dense metaphors, wordplay, alliterations, and multis, and he continues to put on producers whom were unknown to this listener until this EP. He’s been consistently good, but “Elysium” is the first time since 2017’s “Altars” that I’ve rewound tracks to commit them to memory. The music on “Elysium” has a welcome lush ambiance to it that’s a noticeable contrast to the menacing turmoil of “Delirium”.

To start things off, the Ogui-produced “Canary in a Mine” is driven by lush piano keys and vocal samples from poet Anne Sexton. His lyrical preoccupation death imagery remains intact, and his usage of those Anne Sexton samples are evocative of his past employment of Virginia Woolf in his rhymes, but there seems to be a hint of hope embedded within. There’s an urgent atmospheric vibe on the first single “Sirens”. Featuring genre-bending Pennsylvania singer-songwriter Wicca Phase Springs Eternal, Sadistik yearns that “maybe one day I’ll learn to cease my fire / I hope you’re still there when I seek asylum” over an ambient soundscape courtesy of White Angel and White Shinobi.

While “Lazarus”, produced by Germany’s HXRXKILLER, has a melancholic sound, the very title itself implies a desire for release from death’s embrace. Lyrically, it’s one of the better examples of how adept Sadistik is at manipulating the English language, with back-to-back polysyllabic rhyme schemes delivered at varying speeds in the same verse:

The album’s bridge comes in the form of “Life is Just (An Interlude)”. Just short of 100 seconds long, the one-verse track has Sadistik rapping over Mayten’s chopped guitar sampling beat. His features are few, but welcome. Aside from Wicca, Chicago-based emcee Mick Jenkins makes an appearance on the soulful “Zodiac”. There’s a certain psychedelia on the Gloel-produced “Rainbow Road”, especially in the delivery of lines such as “Fuchsia brushstrokes paint the skies with their love notes / Beauty minutiae petunias bloom from a cut throat.” Bookended by the Vague 003-produced “All the Pretty Horses”, Sadistik gets closer to his nirvana with lines like “Lady Lazarus resurrect with praising passages / Let’s connect our skeletons to save me from the gravitas.”

The album cover for “Elysium” depicts a woman standing in either a field or an ocean of flowers, while she herself is surrounded by butterflies moving towards the sky. Similar to the EP’s musical contrast to its delirious counterpart, the cover evokes a more positive theme, especially as it stands opposite to the aforementioned imagery of Virginia Woolf. Overall, I enjoyed “Elysium” more than the previous EP as it isn’t a tour into Dante’s Inferno. Rather it’s a guide on how to escape it.