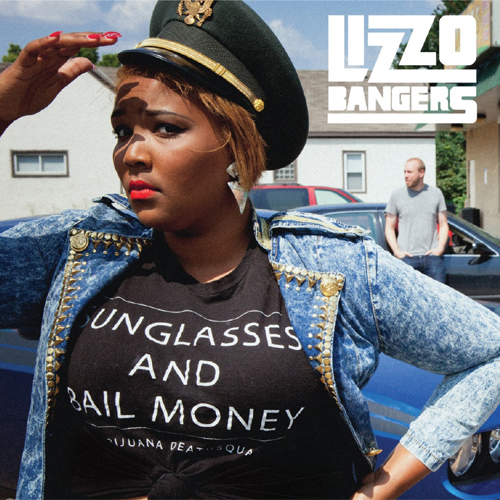 “Inspiration – let me think about it,” Lizzo begins her album. I’m not sure if that’s a rhetorical question, but the first name that came to my mind was Missy Elliott. Not that we should expect the start of a career filled with certified club bangers, but as far as quirky, kinda clever female soloists not just concerned with spitting straight 16s go, Lizzo fills the gap left by the missing in action Missy in her very own way. After a number of group gigs, her solo debut, presumably out since last year, just now comes to our attention. The artist’s various musical and biographical stops are reflected in “Lizzobangers,” but it’s also evidently the product of the vibrant Twin Cities scene, with Doomtree producer Lazerbeak acting as her Timbaland.

The days when musical styles were largely segregated are over, and so Lizzo, Lazerbeak and local whiz Ryan Olson draw inspiration from all kinds of places, including the alternative world. Opener “Lizzie Borden” is instantly reminiscent of Killer Mike and El-P’s “Run the Jewels” project, the beat bringing the noise like ’80s rock-influenced hip-hop while the rapper herself evokes Missy and OutKast with her theatrical poses but precise performance. A big mouth and bigger drums mark the first half of the album, from the Miami Bass-leaning “W.E.R.K. Pt. II” (a nod to her former group The Chalice) to the slow-dragging funk of “T-Baby.”

Always firmly demanding attention amidst the noise, though, are “Lizzobangers”‘s, dare I say, feminine qualities – catchy loops, sung parts, sidewalk chit-chat and catwalk swag. Lyrically Lizzo has soaked up male rap rhetoric and regurgitates it with the same acerbic spit. But while she may use the vocabulary often unreflected, she is very conscious of her position as female MC in a man’s world. The chorus has to be considered a failure in that regard, but her raps on the G-Funk-inspired “Hot Dish” are spot on:

“I got a lot on my chest, so here’s my breast reduction
I hear the sounds of gums bumpin’, they ain’t sayin’ nothin’
I’m sick and tired of bein’ typecast like Lindsey Lohan
when I’m gon’ probably outlast most of these niggas flowin’
[…]
I ain’t your hook girl, boo, I’m your feature
And I don’t need yo attention cause of my features
I swear to God I feel like a piece of meat
every time I’m walkin’ home or even a block from Lake Street
Mayne gimme room, the only rapper with a womb
that will spit that 16 bars to send you rappers to the tomb”

Lizzo definitely has the battling chromosome in her artistic DNA, and she hasn’t forgotten her teenage years in Houston, as “Luv It” and “Pants vs Dress” indicate. At the same time she’s aware of a greater cultural legacy, most evident on “Bloodlines,” a reminder to honor the efforts and examples set by your ancestors. Too bad she preys on poor Emmett Till for one of her threats. “Makin’ niggas gasp like Emmett Till” is not on the level of the tastelessness Lil Wayne displayed last year with his analogy, but girl should know better. As she says herself on “T-Baby,” “Egos can take a pounding when the mind’s dim and the light’s bright / Too bad for you that your ignorance is a hindsight.”

Otherwise Lizzo is a level-headed rapper who besides rhyme and reason also balances endearing and terrifying qualities. But she wouldn’t quite be the standout if it wasn’t for her screwball moments, which are frequent but really accumulate in the two singles “Faded” and “Batches & Cookies,” the former a semi-serious portrait of the twentysomething lifestyle, the latter a delightfully nonsensical, almost Dadaistic romp (featuring her GRRRL PRTY partner Sophia Eris) that recently has me breaking into “I got my batches and cookies, I got my batches and cookies…” in the most inappropriate situations. Lizzo has that way of drawing you into her world and not making you feel like a total stranger, even though that world can be pretty strange. Accompagnied by strong and lively music, it results in an ambitious debut that deserves to go places. She’s currently guesting on Clean Bandit’s “New Eyes” album, so there’s a good chance that this “small world” will see and hear more of this “big girl.”