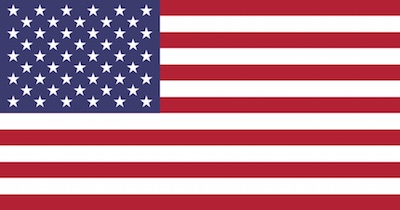 In the United States, major political elections happen every two years, always falling on the first Tuesday after a Monday in November. (Not the “first Tuesday” per se – if the first day of November is a Tuesday, elections take place on November 8th instead.) At this time of year two entrenched political groups wage war for control of both state and federal offices, while third parties and independents (such as yours truly) are often relegated to bystanders or (at best) spoilers.

This is not a cynical diatribe about how the 1% rule the 99%, it’s just a statement of fact – it takes big money to run for office, to buy political advertising, to campaign at a local or national level, to function as a candidate. Very few people are independently wealth enough to run for office without fundraising, and if they’re that wealthy do you think they have YOUR interests at heart?

Even politicians who take a “crowdsourcing” approach and try to collect a small amount from a large amount of voters, to stay closer to the people they aim to serve, are still at the mercy of well funded political action committees (PAC) who buy advertising for or against them in elections. PAC money comes from the wealthy too.

It may seem like you can’t win for losing, and after a political season of relentlessly negative advertisements with both sides painting the other as vile, it can feel like you’re voting for the lesser of two evils. I take solace in hip-hop though. The issues of the disenfranchised are part and parcel of hip-hop, which has historically stood as the voice for the voiceless. The ten videos below reflect those voices yearning to be heard, a stark reminder of who big business and special interests DON’T serve. If it all seems like a game that you can’t win, the freedom of speech these rap songs express ABOUT politics means there’s still hope. One man/woman, one dollar or one vote doesn’t change anything – but millions of listeners can’t still be roused from apathy by a call to action – and millions of people together CAN fight the special interests and entrenched two party system.

The scratched in sample of Ice Cube saying “Blacks are too f#%@in’ broke to be Republicans” sets this one off before Boots Riley even starts rapping.

The incomparable Chuck D delivers a call to action that actually LOOKS like a political rally right on the streets of New York City, with signs bobbing in the crowd representing different neighborhoods and states.

3. Stop the Violence – “Self Destruction”

I’m a little saddened to think that 25 years after this movement began, the violence in urban neighborhoods of cities like Chicago has reached nightmarish levels. Kool Moe Dee’s message may be more important now than ever: “I never ever ran from the Klu Klux Klan and I shouldn’t have to run from a black man.”

A more recent entry, this political diatribe from Oscar Jackson hints at conspiracy theory (“The illuminati triple six all connected/Stolen votes they control the race and take elections”) but also reminds listeners to speak out and make their voices heard: “And with the 4th Amendment gone eyes are on the 1st/that’s why I’m spittin’ cyanide each and every verse.”

As a disclaimer this is not an OFFICIAL video for the song in question, but the selection of imagery does a pretty good job of illustrating Tech’s point. In this song our protagonist turns antagonist – purposefully portraying the point of view of the wealthy minority (“politicians in my pockets for a few hundred G’s”) who have only their own interests in mind: “What good is a law if you can’t rewrite it?”

“They say keep em on gangs and drugs
You wanna sweep a nigga like me up under the rug
Kickin s@%! called street knowledge
Why more niggas in the pen than in college?
Now cause of that line I might be your cellmate
That’s from the nigga ya love to hate”

7. Boogie Down Productions – “Stop the Violence”

I know that means KRS-One is getting a second run in this top ten, but he was only one voice in the Stop the Violence movement, while this song is his alone. His sarcastic take on how the news refuses to cover what’s really going on while instead doing fluff pieces still resonates today: “We fight inflation yet the President is still on vacation.”

8. Grandmaster Flash and the Furious Five – “The Message”

This might be the prototypical political rap song AND video – eloquently illustrating how the average man/woman is pushed “to the edge” by a failing system. “Got a bum education, double digit inflation/can’t take the train to the job, there’s a strike at the station.”

If you’re late to Mike and only got in because of Run the Jewels, this is a perfect representation of how Mike has been a voice of the voiceless for a long time.

Maybe things have not changed as much as anybody hoped for six years ago when they voted for Barack Hussein Obama, but the mere act of millions of people voting FOR hope and not for FEAR was still a powerful statement – as was this song.