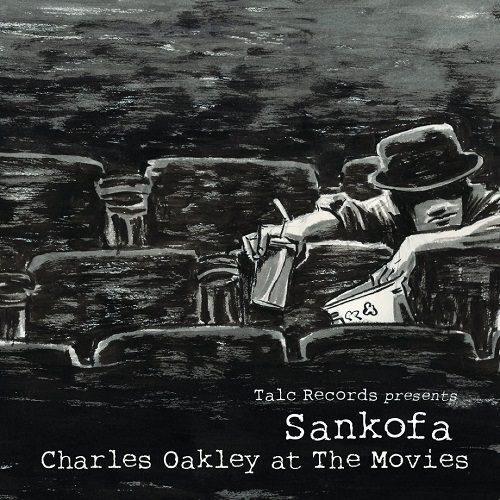 Sankofa :: Charles Oakley at The Movies

I had to double check when Stephen Bryden sent me “Charles Oakley at The Movies” and I didn’t mince words about it. “Hey Sankofa, I thought you retired after the last album – am I wrong?” His answer made perfect sense though: “[The EP] was recorded at the same time as my last album.” So even though Sankofa’s still officially retired from the game (not a retirement anybody wanted, but one we all have to respect) there was just a little bit more material leftover that hadn’t been released. “Charles Oakley at The Movies” is the result.

The album definitely starts out like you’re sitting in a movie theater, sampling snippets of Liam Neeson’s famous dialogue from the movieTaken, which not surprisingly is the title of the song. It actually goes a step further than being inspired by the movie though – Sankofa actually raps as though he IS former CIA agent Bryan Mills. This isn’t the soundtrack to the film – it’s the story the film tells – and Sankofa tells it well.

“Somewhere between a grin and a grimace is my payback
Can I get an amen, my daughter the needle in this haystack
Retraced steps from airports to private auction
Emasculating Lotharios and security teams often
I’m lost in the need to save the princess
Outside of a spot for family, my heart is where the Grinch slept
Instead of hope and a future, enemies lives are at stake
Burn them down with Salem witches, violent is hate”

The movie theme stays in tact on “Permanent Midnight,” although the film which inspired it is far more obscure than the Liam Neeson feature that opens this EP. I think it’s fair to say 98% of you reading it have never seen it given it wasn’t even widely released in theatres – it had a limited run and went to DVD after that. The key thing to know is that the movie is based on the life and times of Jerry Stahl, a screenwriter who lived the drug and party fueled 1980’s to his near demise all while being one of the most in demand TV show writers in the business. “Hanna” is also a walk down Hollywood lane, and… hey these songs all fit the “movie theme” perfectly – too perfectly Are these really just leftover tracks from his final recording sessions?

Here’s the key that links the whole thing together – there’s no Charles Oakley movie – at least not one that I can find anywhere. There’s not even an ESPN “30 for 30” about him. He’d certainly be worthy – he was one of the best defensive players of his day, averaging nearly as many rebounds as points per game (both over 9.5) because of his size and mobility. The nearly seven foot superstar could crash the boards like no other, but the footnote to his legendary career is that he never won a NBA championship. The EP’s title links together four songs that Bryden recorded about films he enjoyed to one song he recorded that is seemingly totally unrelated.

Whether there’s rhyme or reason to it or not, any reason for Sankofa to rhyme is good enough, so if these are the five leftover tracks Cris Cardiak & Zatoca had, might as well make the most of them and put out an album. You may not have seen all the films, but the loquacious Sankofa will suck you in to them like you’re the protagonist – you ultimately become Charles Oakley in the movie theater watching this film marathon.