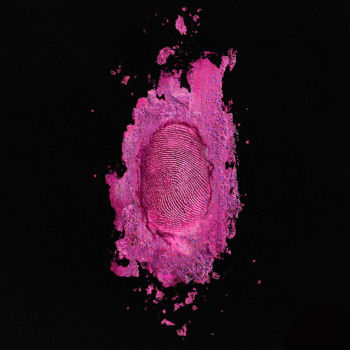 Alas, the Decline and Fall of the Roman Empire hath befallen us. You will either dismiss this as a mess, or in time grow to fully appreciate “The Pinkprint” – a record named after Jay-Z’s 2001 classic “The Blueprint“. However, it is a record more akin to “The Blueprint 3” – that 2009 hot mess that flowed well if you looked hard enough, whilst simultaneously ignored the structural errors made by the late-Hovian Era architect. Just as Jigga’s joint was hyped up to be something entirely different to what we eventually received, Nicki’s new-new is the polar opposite of what she promised just a few months ago. Ladies and gentleman (not a typo), Minaj has basically made her version of “808s & Heartbreak”.

After absorbing her infinitely interesting sophomore “Pink Friday: Roman Reloaded” – a record that I became obsessed with after culling the best songs into a leaner playlist – “The Pinkprint” genuinely arrives as a shock. It’s essentially a six-song break-up album, split into the first and last three songs, with a whole bunch of random shit in between attempting to make sense of the narrative (and, obviously, sell shitloads). You can spin that into a perfect story where she’s sad, starts finding herself again, blows off some steam, and then feels sad again – but I warn you, dear Reader, that takes some serious effort. Musically, it’s easier to do, as the sequencing starts soft, peaks with “Anaconda” and then kills off all instrumentation by the closer (“Grand Piano”).

Conceptually, almost everything on this album is a stretch, feeling forced and somewhat brittle. Nicki is attempting to reinvent herself, revealing more of herself on “All Things Go” than she did in the, ahem, “Anaconda” video. We learn about solemn marriage proposals and familial tragedies alongside a stunning chorus penned by the incredibly talented Ester Dean (who pops up on much of what is good about “The Pinkprint”). The staccato delivery just doesn’t flow well enough for my liking, and that continues on the melodramatic “I Lied” (which frankly sounds like a Shakira outtake), and her singing has lashings of vocal FX attached to it, so who knows if she genuinely improved as a singer… A much better effort follows in “The Crying Game” where a more seasoned songstress is hired in: Jessie Ware, who brings a touch of pure class (it’s the kind of emotional track you would have expected on a Drake album). Naturally, of course, this touching number is followed by one about making men beg to lick the cumulative vaginas of the hostess, plus the former Nickelodeon star, Ariana Grande.

Grande was clearly chucked in at such a late stage that Nicki’s rap about Katy Perry is still included (Perry was on the original chorus, it seems). Musically it’s lush, sexy and deceptively catchy – but thematically makes precious little sense. So Beyonce turns up on a track called “Feeling Myself” straight after – then Drake and Lil Wayne talk about how they “never fucked Nicki”… Something tells me it is open season on the ex-boyfriend. The Queen Bey hookup is solid, a natural successor to their “Flawless” remix with a quirky Hit Boy beat and our MC predictably steps her game up in the presence of Knowles. “Only” is a decent song (with an abysmal video) but, in step with most of this LP, makes very little sense and doesn’t seem to have set the world on fire.

The middle core of “The Pinkprint” all but gives up on any kind of storyline. “Want Some More” is fun but forced, and not a patch on those incredibly risky futuristic “Roman Reloaded” rap picks. “Four Door Aventador” is far better, though – even if, for some reason, Nicki spends three minutes perfecting her Lil Kim impression (seriously). The lazy “Favourite” finds a half-hearted hook from Jeremih and practically samples “Wonderful Christmastime”; Meek Mill turns up on “Buy a Heart” and adds some novelty value simply by virtue of doing the opposite of his usual shouty/angry act, but that wears off. “Trini Dem Girls” sounds like a ragga/bashment track made by someone who has literally never heard ragga/bashment track before – the beat it woeful, amateurish and even if the car crash chorus careers into your head, how Minaj could lend her vocals to this abomination beggars belief. Little more needs to be said about “Anaconda”: it’s too long but brashly brilliant. Thanks to the trash immediately before, it seems even better by default.

Just reading the song title “The Night Is Still Young” will probably make you hazard a guess that it’s a dance track and you’d be spot on. It’s well written, but strangely subdued – almost as if it’s a desperate “Hey guys, it’s only (**checks watch**) 4am, let’s have some more fun!!!” when everyone else recognises it is clearly time to go home. Hey, I’ve been in that position post-breakup: you just don’t want to face that lonely bed, and need anything to distract you from the heartache. And that takes us back to the final run. I quite like “Pills & Potions” and time hasn’t changed that: it’s catchy, the chorus soars and it’s a much more appropriate tempo for our Barbie. A more contrived effort arrives in the form of “Bed of Lies” – take one Alex da Kid, add a Skylar Grey, chuck the word “lie” in there and bish, bash, bosh… You’ve got a hit. Except this sounds rushed, and I think Grey is an incredible songwriter, but an interview of hers seemed to suggest this wasn’t perhaps give the necessary time to ferment. “Grand Piano” veers back into OTT territory, and Minaj somewhat struggles to carry it on her own, even if she tries her best. The album as a whole is an attempt at growth, at turning personal troubles in artistic merit… But is “The Pinkprint” a successful venture?

Well, that depends on your definition of success. I am incredibly disappointed, on an admittedly selfish level: having expected something else entirely, having bought into the hype of “no features”, a return to hip hop (with precursors like “Lookin’ Ass” and “ChiRaq” blazing a hopeful trail), the magnificent album cover, of Minaj stepping up lyrically… But in the end, that’s my problem. What we got was an entirely different animal – a wounded one. A beast licking its cuts, devouring prey, lashing out at Australians with furrowed brow, one that would kill an anaconda (not entertain it). This is a perfectly valid album – Nicki Minaj deserves to do whatever she wants to do. This is her version of growth, of progression. She’s trying to act her age (32) and rightly so. It’s just a shame that like “The Blueprint 3” and “808s & Heartbreak” – “The Pinkprint” is let down by some basic conceptual flaws, lackadaisical decision-making and even placing too much faith in bonus tracks to appease the masses. It’s a worthwhile album in many respects, a good effort and a bit of grower too – but it also represents a missed opportunity. Just like relationships, if you stare at something long enough, you either love it, hate it or even worse: justify it.