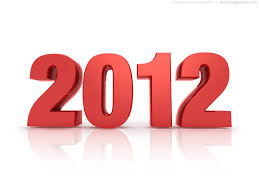 First, the disappointments. The Game’s “Jesus Piece” seemed like a showcase for his talents (Cash Money next?) whilst he mixed in a half-baked concept with 25 guest features. It wasn’t bad, but Game really knows how to embarrass himself with cringe worthy rhymes. Another fallen idol in the shape of T.I. can still rap his ass off on guest features (“In The A” springs to mind, amongst others) but “Trouble Man” showed that whilst Tip can still spit, he’s lost that golden touch as an artist, and he can no longer pull in A-list beats. Other lacklustre efforts included that Rick Ross coming out party “God Forgives, I Don’t” which made surprisingly little impact (unless you’ve heard it, then you’d understand). Hell, I enjoyed Tyga’s nonsensical “Careless World” more. As for Slaughterhouse’s “Welcome To Our House” – it barely made any noise, with the soul all but surgically removed out of it, even if there are good verses aplenty. And don’t get me started on 2 Chainz…

Then, let us shine a light on some of the other cuts that might not have made the list, but still impressed. There were albums by Brother Ali, Roc Marciano, a weird throwback piece of fun from Wu-Block, Big K.R.I.T (even if it didn’t live up to expectations), Skyzoo, a surprising effort from Chief Keef, Meek Mill… None of them were classics in my book, but they all contributed something positive to 2012.

TOP TEN ALBUMS OF THE YEAR

10) Saigon – The Greatest Story Never Told Chapter 2: Bread & Circuses
Saigon may not be my favourite technical MC, and his voice still doesn’t grab my ears as much as other spitters. But his words, and the positive passion with which he gets his message across are what truly move me. He’s a good dude who knows how to write songs, and whilst this isn’t up with the original TGSNT, it’s still a well-constructed album full of great messages.

9) Macklemore & Ryan Lewis – The Heist
To be honest, my Australian friend Dave only put me onto this a few weeks ago, as somehow I totally missed it (I think it clashed with my precious London Olympics). It’s still soaking in, and if I’d had a bit more time, it might have crept further up the list. But it is definitely one to check out.

8) Killer Mike – R.A.P. Music/El-P – Cancer 4 Cure
Obviously I’m totally cheating by pairing them together, but to be honest, I actually listened to them together too. Killer Mike’s album is just fantastic, such a breath of fresh air, and El-P has his own moment. If I had to pick just one, it would definitely be “R.A.P. Music” – it is a must-own album, but as an accompanying piece (El-P of course produced Killer Mike’s album too), “Cancer 4 Cure” is dope as.

7) Lupe Fiasco – Food & Liquor II: The Great American Rap Album
Whilst it was disappointing on various levels, there is still plenty within F&L2 to write home about. There are bewitching verses all over the place, some fantastic concepts and a few cracking songs. The music was an undeniable letdown, but you get the feeling that between this and the next volume (whenever it comes), you’ll get a full LP’s worth of superb cuts. Looking back at my iTunes Play History, I certainly listened to it a lot more than I thought. Can’t say fairer than that.

6) Plan B – Ill Manors
Matt Jost totally nailed the review, and the third album from English rapper/singer/actor Plan B truly deserved the 9.0 it got. It is the kind of album that (sorry) mainstream American artists just couldn’t get away with producing, an absolutely furious tour de force of biting and gritty social issues, mixed in with interludes from his film of the same name. I may not agree with all the political views on offer, but Drew puts across his case with such gusto. His last album was full of soulful falsetto crooning; then he makes this. Quite a talent, and “Ill Manors” is a definite classic.

5) Kanye West – G.O.O.D Music Presents Cruel Summer
I cannot deny that this was absolutely one of my most listened to LP’s this year… Well, technically, at least. You see, the first half of “Cruel Summer” is so blindingly brilliant, with three songs in a row that just crushed 90% of anything released this year: “Clique” + “Mercy” + “New God Flow” = WOW. The second half of the album? A real mixed bag – but by then, you’re hooked in. Whilst the ambitions of this posse album were somewhat limited, it made Kanye look good, and made a star of Big Sean. Sometimes a mindless summer blockbuster just has to be damn good fun, and I’ve listened to this a whole lot more than “Watch the Throne.”

4) Big Boi – Vicious Lies & Dangerous Rumors
Whilst I’m still not sure about how well this well age in comparison to 2010’s “Sir Lucious Left Foot,” I would still urge you to broaden your horizons and let Big Boi’s excellent album wash over you. There is plenty here to feast on: from the sublime choruses, Patton’s own energetic performance and the excellent song-writing on display. It’s messy, yes, but it just requires a touch of playlist surgery. Otherwise, I’d recommend anyone bored of “typical rap” to pick this up, press play, then enjoy. Right now, as long as Big Boi keeps this kind of output up, I’m not bothered about what Andre 3000 does.

3) Nicki Minaj – Pink Friday: Roman Reloaded – The Re-Up
“Oh… My… God… This boy done lost his god damn MIND. Nicki Minaj? Top 3? WTF!” Yeah, yeah, go on, get it out of your system, dear Reader. No, I haven’t been paid to put this in, I have no recollection of sexual relations with Nicki Minaj and I’m not crazy – my mother had me tested. This isn’t even a “Bazinga!” moment. The truth is, strip away the rubbish tracks from this 100 minute epic, and you’re still left with a whole bunch of futuristic hip hop beats, hilarious choruses, biting lines, unrivalled vocal delivery (yes, UNRIVALLED), and a bunch of stupidly fun dancefloor ditties. The British rapper/singer Example had a go at her music, saying nobody will listen to it in 10 years time. Bullshit. She’s gradually winning people over, and the more you listen, the more unique she becomes. The time to start appreciating her is now, and you need to trust me on this one.

2) Kendrick Lamar – good kid, m.A.A.d city
In the 2011 Review last year, I wrote the following: “Kendrick was part of this new generation of rappers, hyped up to the max without much justification. Except that, over the course of 2011, Lamar has continually met and conquered every challenge with considerable aplomb. Seriously, the guy is dope as fuck. Having to listen to mediocrity, it’s nice to fine have someone who just rips track apart, has musicality, is creative… Just the basic things, but done well. A year ago he was just another ‘promising’ rapper to me: a year later, I’m genuinely hyped. He could be a great.”

Well, it’s good to know that I finally got something right. 2012 will undoubtedly go down in the annals of hip hop as “the year Kendrick Lamar broke” – and “good kid, m.A.A.d city” may not be a straight 10, per se, but it’s still surely an undoubted classic. Whilst the comparisons to “Illmatic” go a touch too far, there is undeniable common ground between them. For my money, I’d say that GKMC lacks the left/right/centre quotable lines and multiple flows of Nas’ debut, as well as having a couple of lesser tracks (sorry, but “Compton” is clearly just “Why You Hate The Game” in a slightly different/inferior format). It is the kind of album that you can pick holes in (what isn’t?) but the biggest strength of Kendrick’s epic is that it draws you into his world, completely. You’re RIGHT THERE with him. That’s the secret.

That he manages to do it with such aplomb, mainly thanks to his wonderful story-telling ability, is a massive part of it. And whilst the justification of “rapping as a 17 year old” could be construed as “convenient” – thus enabling him to frequently rap about the usual bullshit – he gets a pass, thanks to the overwhelming bonuses, plus the fact that he sees it through from start to finish. It’s not been out that long, but I’m quietly confident that this will provide a seminal moment for hip hop. There is actually a damn fine message for those wanting to open their ears/minds to get it, and make no mistake, Kendrick Lamar has dropped a classic that will be referenced for years to come.

1) Nas – Life Is Good
Kendrick Lamar was asked what his favourite album of 2012 was: he said “Life Is Good” too. Nas dropped a classic. Yep, it happened. To my mind, it also deserves a place in the “Top 3 Nas Albums Ever” list. Yep, it’s that good. Every recent Nas album can be listened to a lot; it is easy to become obsessed with it; then, it gets put to the back of the library, and only ever pulled out on special occasions. Think about it: “Untitled” hasn’t aged too well; “Hip Hop Is Dead” was a great reflection of Nas, but perhaps not the most listenable thing now; “Street’s Disciple” was an overlong mess; and “God’s Son” was somehow released a decade ago… Time flies. Well, another motive for the resurgent Nas was this being his final album for Def Jam Records. So it proved a worthy reminder to other labels about just how good Nas can be (and it has sold pretty well, too).

Whilst “good kid, m.A.A.d city” is undoubtedly more ambitious, with an effervescent energy allied with unrivalled story-telling, “Life Is Good” proves just how special Nas is when it comes to being up there with the greatest MC’s of all time. There is nobody that could have made a track like “Loco-Motive” – that self-deprecating burning of his mouth; that cocky braggadocio; that hashtag-baiting echoed outro. “Nasty” is that classic Jones/Remi collaboration once again; we have a perfect tribute to Amy Winehouse that doesn’t even seem like it… And just like how Lamar can transport you to the Compton he experienced as a 17 year old, Nas takes you back to his teenage New York years with a song like “Back When.”

But then, he blends it all with his the present tense, and a sense of context that finally reveals a side to Nas we’ve never necessarily experienced: brutal honesty. It’s incredible to listen to “Bye Baby” and “Stay” – plus, of course, “Daughters.” In my review, I’m also willing to retract the comments about the bonus cuts not being worth ponying up extra for (I’ve really come to like them). Yes, the middle core of the album is a bit messy, and there are a couple of tracks that mightn’t be to everybody’s taste. But you’re dealing with a “classic song composer” here, and this is his best album in over 15 years. You’ll take what you’re damn well given. Peace!