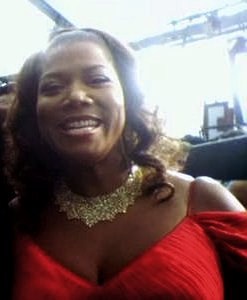 Welcome to Women’s Week on RapReviews

The great women I was taught about in school growing up were not equal in number or variety to the great men of history. In fact our textbooks were largely limited to Marie Curie, Susan B. Anthony, Joan of Arc, Harriet Tubman and Rosa Parks. It’s as though we were supposed to believe there were no great women before these fab five, and no pioneering women since. I’d be inclined to say it’s just the “Bible Belt” where I grew up if I hadn’t read for years about the great women of history who were never taught to the youth in even in the most progressive of schools. Everyone talks about Paul Revere but does anyone remember Sybil Ludington? Exactly.

It is sometimes said that men do not need feminism, and that they are in fact hypocrites to speak in support of feminist issues and politics, given they are beneficiaries of the male patriarchy as we know it. I’ll be the first to admit that when I speak about women’s rights, I’m speaking of a struggle that is not mine by birth, and whose success or failure is not mine to own. That being said feminism is meant to empower the 50-51% of the population who don’t receive 50-51% of the resources, privileges and recognition of a patriarchal society. No woman should ever be paid less than a man for doing the same work as one, and this same theorem should also apply to all aspects of a woman’s life.

I’ve always been a champion of fairness and equality for all. Much like colonial Americans cried “NO TAXATION WITHOUT REPRESENTATION” it seems to me that it’s vulgar to accord a woman any less than equal standing to a man in all areas of life – equal representation for both genders – and those who choose not to define by gender as well. This shouldn’t be a novel concept really – the inalienable right to life, liberty and the pursuit of happiness should apply to all persons regardless of gender, race, or religion.

It may be hypocrisy for a man who enjoys those privileges to denounce them, but as a hip-hop advocate my whole life, it’s the kind of hypocrisy I was born into. I’ve got middle class privilege, male privilege, white privilege, any kind of privilege you can name I’ve surely been afforded just by the accident of my birth. On a week where we celebrate the role of women in hip-hop though, I’m going to plant the flag of feminism in this editorial by picking 20 videos that highlight the strong, powerful, intelligent and gorgeous ladies of rap.

I won’t shed the baggage of patriarchy or pretend to have not benefited from it, but I will stand here and tell you that these sisters are doing it for themselves. They’ll succeed with or without 49-50% of the population cheering them on, but you’re on the wrong side of history if you say a woman’s place is in the kitchen or being subservient to a man then try to use religion to back it up. I don’t buy it and neither do the women we’re featuring this week.