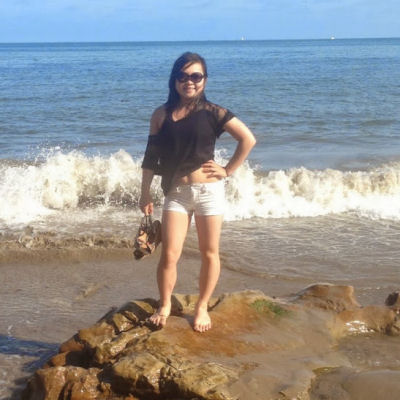 Verses and a Beat

When I was thirteen or fourteen, I heard my first Tupac song. I was sprawled out on the couch, munching on something nutritionally empty, while VH1 was spinning through their selection of “40 Greatest Hip Hop Songs.” Being from a predominantly white, upper-middle-class school in suburban Minnesota, Flo Rida’s “Down” had been the extent of my exposure to hip hop until then. Nothing without the N word scratched over had passed my ears; mentions of gang violence had been restricted to whatever occasional urban novel I got my hands on. The beat. The rawness. The total disregard for everything I had been brought up to reverence. I loved it. It was Tupac who tapped into my need to question authority, the drawling swagger of Biggie that showed me a world of glamorous riches can stem from a true Horatio Alger story while paying tribute to humble beginnings. Misogyny aside, rap taught me a lot about the world outside the conventions drilled into my head. I began to reach out more; rather than trying to mold myself into my idealized opposites, I searched for personal relatability in different forms. Hip hop became my gateway to self- recognition. I didn’t idolize the icons. I’ve worked with urban children, I’ve seen firsthand the struggles these inner-city kids have to go through, and the vicious cycle of poverty they’re caught up in. It’s never right putting violence up on a pedestal. While I recognize many of today’s rap songs basically consist of product placement, violence, and debasement of women, it is not just the “forbidden” aspect of hip hop that I ascribe to, although that was part of the initial lure. It was the real, organic themes – ones expressed in callous terms devoid of any attempt to hide reality – that rang true to me on a level that my culture didn’t. I felt a common ground, a spark of instant recognition.

What does a black gangsta rapper who grew up around gunshots and crack fiends have in common with a little Asian girl born into a childhood of Ivy League ambitions and ugg-clad blondes? Contradictions.

I’m a first-generation Chinese-American, emphasis on the hyphen. I am that hyphen. Unlike most Asian immigrant children I know, I’m a walking “WTF?” to all stereotypes, a miasma of odd contradictions. I’m short with extremely nerdy glasses. I crack profane jokes on the regular.

I play piano competitively. I’m curvy. I hate math. I try my best to be a filial daughter to my parents. I do over-the-top, extremely unfiltered things on a whim simply because I feel like it. Hip hop is the voice of a generation of youth deprived of art lessons and free school instrument rentals, thanks to funding cuts. Tupac, if given the chance to continue in drama school, may have been a Blair Underwood. The really great rappers – Nas, Tupac, Scarface, Run-D.M.C. – experienced a clash between their artistic souls and the mundane brutality they were surrounded by. Smothered by the hopelessness of their neighborhoods, they get the sense that they’re different. And they shout it to the world.

Why am I so different? The same reason why the world has embraced hip hop music. I shout. Hip hop shouts. When the first lines of “Keep Ya Head Up” dripped past my ears, I instantly felt a connection because I had discovered there was a world out there where people didn’t have to restrain themselves in their expression like society was constantly telling me to do. Not just in overt behaviors, but the way I am, because I, so outrageously, uncontrollably, don’t fit in any of their boxes. My body. My sense of humor. Me.

In many ways, hip hop has influenced me throughout my life. But the most impactful thing it has revealed to me only took about 8 verses and a dope beat. That I’m not the only one who shouts.