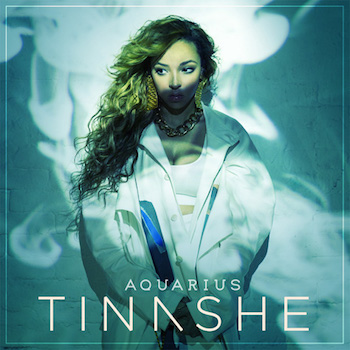 Remember when Ashanti was introduced to listeners as the new Princess of Hip Hop and R&B? Assuming Mary J. Blige still retains the title Queen of Hip Hop Soul, who is the current Princess of Hip Hop and R&B? It’s a difficult question, with hip hop itself lacking a popular female artist you could realistically consider to be a “princess”. Nicki Minaj’s buzz seems to be on a downward trend, while Iggy Azalea doesn’t really act or speak with the effeminate qualities one looks for in a princess.

Thankfully, there has been a resurgence in R&B artists adopting hip hop in to their sound – Jhene Aiko, K. Michelle, Sevyn Streeter and Tinashe have all brought some swagger back to the genre in the past year, without over-sexualizing it. This was highlighted by Kid Ink’s single “Body Language” with Usher and Tinashe that has a typically male-dominant video with semi-naked women shaking their rear-ends like they’ve got a serious case of the shit nuggets. Tinashe however, covers up despite being a very attractive, young singer that has just had a major hit with “2 On”. I found this refreshing, and overlooking that monstrous DJ Mustard production, her official debut “Aquarius” is actually a very good album.

With a wider vocal range than Aaliyah and Ashanti, Tinashe is a sweet presence, complementing the thick, almost dark instrumentals she works with. Bass is heavy throughout “Aquarius”, balancing Tinashe’s sultry, light delivery – the intro being a perfect example of this. This is further exemplified by the best track on the album; “Bet”, a statement of intent from Tinashe that she’ll be here tomorrow; it’s a bold declaration that she’ll stick around whether you like it or not (she’s willing to bet on it).

Bolstered by an unconventional style and a “drop” more in line with dubstep, I’m surprised it’s not been chosen as a single. Speaking of which, who hasn’t heard the song “2 On” by now? Not many, and while I found Schoolboy Q’s blunt verse about pussy to detract from the oddly wholesome ode to getting drunk rather off-putting, it does spice up the largely fluffy and hollow verses from Tinashe herself.

Sex is a common theme, as it is on any R&B record with a heavy hip hop influence. “How Many Times” sees Tinashe talking about having sex multiple times in one night – which I’m hazarding a guess is three or four times. Any more than that, and you deserve a medal alongside some ice for your balls. The problem with this track is the annoying verse from Future, whereby he utilises a stuttered flow as if he wrote the lyrics in shorthand. A$AP Rocky fares better on “Pretend”, the second single, which sees Tinashe using her imagination to get through those moments in life where you wish it was somebody else. Having sex? Check. Relationships overall? Check. Pulling up weeds? Not quite. While gardening isn’t something I particularly want to hear on an R&B record, I’m thankful there are minimal songs about being cheated on, and spending half of her record dwelling on unfaithful men. I’m a big fan of artists such as Keyshia Cole and Syleena Johnson, but one bugbear of mine is the way their music revolves around men. Get a hobby girls.

Perhaps Tinashe hasn’t had her heart broken, but it’s great to hear she is not too concerned about finding somebody to settle down with – she is only 21-years old after all. This carefree attitude filters through on “Aquarius”, whilst also maintaining a slick, glossy style a princess would embody. Raunchy club bangers like “Hands on Deck” are largely harmless, but “Feels Like Vegas” is perfect chart fodder. It’s precisely the type of song an A-list Hollywood actor walks slowly to as they stroll through a casino. Saying that, the lyrics could just as easily feature on a tampon advert. Thankfully, Tinashe shows her versatility towards the end of the record, with “Bated Breath” and “Wildfire” both reiterating what “Bet” said at the beginning – write her off at your peril.

The production throughout “Aquarius” is on point, whether it’s the infectious, yet odd sound of “Wildfire”, or the crashing bongos backing a pseudo-rap switch in to some long notes on “Far Side of the Moon” – Tinashe has just the right blend of Hip Hop and R&B to get my vote as the new Princess of Hip Hop and R&B.