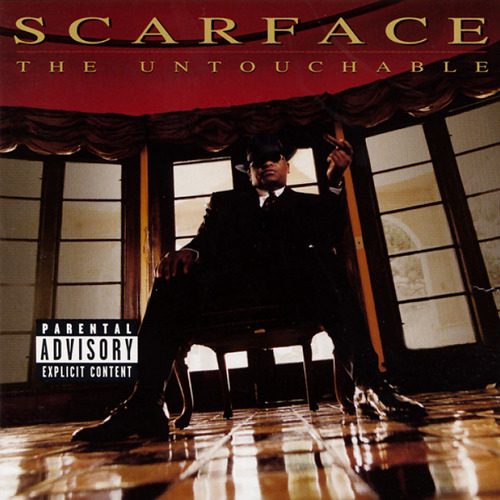 A lot of peeps nowadays think that the incredible attack of collaborations in Hip-Hop- Dr. Dre with Nas, E-40 with Kurupt, RZA with Biggie, or the latest, Dr. Dre with Scarface, is a good thing to Hip-Hop. And why not? It’s peace, it’s unity, it’s combination of talent… BZZZZ, WRONG!!!

What makes (or made) Hip-Hop so captivating, is the fact that there are (or were) many scenes, each scene sportin’ a different sound and vibe. For instance, until early ’94, it couldn’t be better- there was a Bay Area sound , which was also divided to a lot of sub-sounds, like the Too $hort sound, Dope Fiend sound, Vallejo Mobb… there was the LBC scene, the Compton scene , the Houston scene, the Boogie Down scene, the Brooklyn scene, the Atlanta scene… and on and on. A true Hip-Hopper could indentify where an emcee was from just by listening to the music style…

That was dope. Now it’s gone, and what other album than Scarface’s new one is a better example. As a leader of the Geto Boys, Scarface pioneered the H- Town sound, a slow and heavy funky style, which was very unique. The Geto Boys perfected that sound, and with his new album, it’s almost ignored. All the tracks could be LA Tracks, or Memphis tracks, or whatever, because nowadays everything from the West sounds like Dre, who became unquestionably wack lately, and everything from the East (with the exception of the Queensbridge sound) sounds Wu.

The reason for this is the collaboration syndrome. When Scarface gets Dre to make a track with him, he gets a wack ass Aftermath soundin’ track and by thus he loses his indentity. The other tracks are very predictable, although they are well produced. But the fact remains, that this Face album, musically, could be background for EVERY SINGLE EMCEE nowadays from the West Coast. Nuthin’ special here.

“Smartz” and “For Real” are the two most distinctive tracks, meaning that they rock some H-Town sound. You get my drift, no need to take it further about the musical influences (hell, he got a track called “Mary Jane” up in there).

What saves this album from being a “could be a Lil’1/2Dead album” is the fact that Scarface is the man rockin’ the mic. Scarface’s lyrics and delivery are awesome, and he never stumbles on cliches, as his music stumbles consistently. Face addresses racism, poverty, and revolution all in a graceful manner. He drops some serious science on “Faith” (unfortunately, the music is NWA’s “RealN—az” slowed down a bit).

This trend of the molding all the Hip-Hop scenes together and destroying the unique regional sounds gotta stop. This what happenned on E-40’s album, where he sounds like any other West Coast rapper, it happenned with Too $hort’s album (not ONE Oakland style track), it happenned with Biggie… they gotta stick to their producers and peeps so they can continue to be unique.