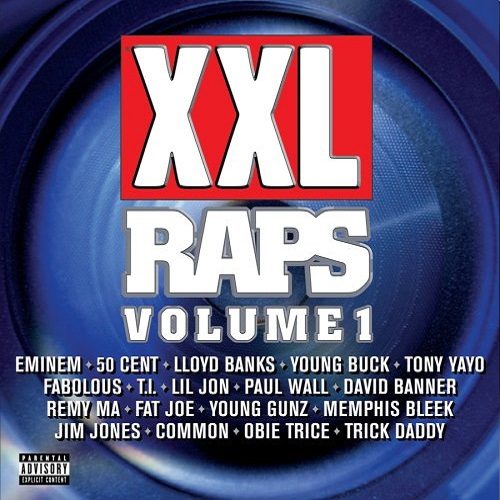 Does Being Named One of XXL’s Freshman Ten Really Matter?

It’s that time of year again, the time when people suddenly care passionately about who is on the cover of XXL, because the publication has revealed their annual Freshman Ten.

Billed as the names hip-hop fans need to know, the list becomes one of the most hotly debated topics during the week of its release. Other than a momentary burst of notoriety, however, does being a member of XXL’s Freshman Ten lead to anything career-wise?

We went through the last seven years’ worth of Freshman Ten lists to see who’s still hot, who never made it, and who was curiously left out.

It’s safe to say Lupe Fiasco turned out to be the biggest star from this Freshman class, but he also had no place on a Freshman list in 2008 being that his biggest hit, “Kick Push,” came out in 2006. Lupe’s inclusion on this list was the equivalent of having Method Man on a Freshman list after Tical came out (no, that didn’t actually happen. Don’t write me angry emails… at least not about that).

Biggest Miss: Flo Rida. His Mail on Sunday album, which featured “Low,” was released in 2008, and he was arguably one of the biggest names in hip-hop for the entire year.

This class looks like a list of broken dreams. Wale is more known for his antics than his rhymes (which is a bit unfair), Charles Hamilton is currently working on a comeback, Asher Roth loved college, but was a one hit wonder, and while Ace Hood is waking up in a new Bugatti, it’s definitely a rental. At least B.o.B switched his style up and crossed over into the Top 40 world, and Kid Cudi scored big with an HBO show (How to Make it in America).

Biggest Miss: Drake. His So Far Gone EP was released this year, and he’s arguably bigger than all ten members of this Freshman class combined.

XXL really nailed it in 2010 with J.Cole, Big Sean, and Wiz Khalifa, giving us three future superstars, but they also included OJ da Juiceman, which damned near negates all the positives of this list.

Biggest Miss: Nicki Minaj. Nicki’s official full length debut, Pink Friday, was released in 2010, and she’s done pretty well for herself ever since. Incidentally, anyone else think it’s strange XXL omitted Young Money artists in back to back years? What was going on with that?

This was easily one of the best Freshman classes XXL has selected. It had a nice mix of mainstream, and underground, standouts, with the likes of Meek Mill, Lil’ B, and Mac Miller, as well as Kendrick Lamar, and Big K.R.I.T. I’m not sure how Justin Bieber’s sleepover buddy, Lil Twist, managed to make the list, but he’s currently facing up to 25 years in prison for a brawl with an actor from That’s So Raven. I wish I was making that up. http://www.nydailynews.com/entertainment/gossip/lil-twist-facing-25-years-prison-report-article-1.2159537

Biggest Miss: A$AP Rocky. His Live.Love.A$AP mixtape was released this year, and his current album, At.Long.Last.A$AP, is currently number one of the Billboard 200 album chart. It’s his second number one album, following 2013’s Long.Live.A$AP.

Macklemore and Iggy Azalea became two of the biggest rappers on the planet. The rest of this list, however, is a mixed bag. French Montana, and Danny Brown have made names for themselves, while Hopsin pretended to retire.

Biggest Miss: Homeboy Sandman. Yes, everyone here at RapReviews has been talking about Sandman since 2007, but it was in 2012 when he released First Of A Living Breed, his first album on Stones Throw Records. At that point you’d figure XXL would be aware of him.

We’re still pretty close to 2013, so it’s tough to judge who’s going to have lasting success from this class. Most of these artists have small, but dedicated, fan bases, with Action Bronson probably being the biggest act out of the group. Trinidad James was XXL’s attempt to ride the coattails of someone who had a hit at the time, and boy did it ever backfire.

A few of these artists are known now, but again, I think we need more time before calling anyone on this list a success, or a failure.

So what does all of this mean for this year’s class? Looking back it seems as though Freshman Ten artists have about a 30% shot at lasting success, and a 70% shot of at least having a good short run. That said, with all the major names XXL has neglected to mention over the years, being left OFF of XXL’s Freshman Ten list isn’t something artists lose sleep over.