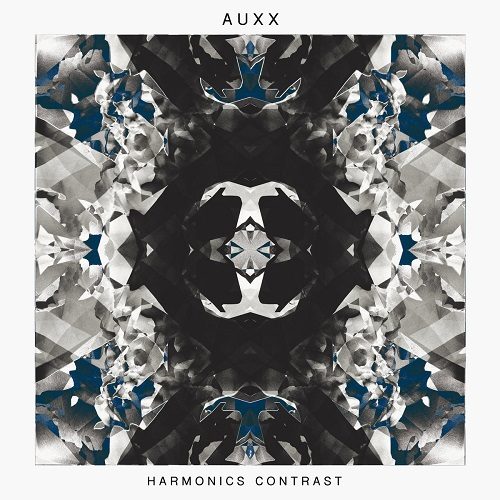 Weeks like this were made for albums like AUXX’s “Harmonics Contrast.” There’s violence and protests in Baltimore in response to yet another unarmed black youth being killed by police. A massive earthquake in Nepal has killed thousands, and destroyed homes and centuries-old monuments. Political unrest and war in several African countries is driving huge numbers of refugees to try to emigrate to Europe by boat, which has led to thousands of drowned men, women, and children. And that’s on top of the drama that each of us experience in our day-to-day lives.

In times like these even righteous anger can seem to only add to the turmoil. In times like these I need something that will bring some peace and quiet to a crazy world. That’s where AUXX comes in. The UK teen makes instrumental hip-hop with a glitchy, experimental bent. His debut album, “Harmonics Contrast,” has just been released. It’s 27 minutes of blissed-out downtempo hip-hop that provides a nice antidote to the chaotic world.

Auxx uses a combination of found sounds, synthesizers, and drum machines in his beats. As the album title suggests, many of the songs have interesting contrasts between ambient and more upbeat or glitchy sounds. “Harmonics” starts with the clicking of a machine and then blends that into an off kilter melody that sets the whole song askew in an interesting way.

AUXX fills a nice space between being experimental and accessible. His songs are never dissonant or challenging to listen to, but they are off center enough to not just become background music. There is nothing too noisy to throw you out of your groove, but as ephemeral as the music is, there is still a definite form. My only real complaint is the length; at less than a half hour, this left me wanting more. There are a lot of artists making this kind of glitchy downtempo instrumental hip-hop, and the way AUXX layers sounds and contrasts styles makes “Harmonics Contrast” stand out. If you are in the mood for something to soothe your weary soul, AUXX has you covered.