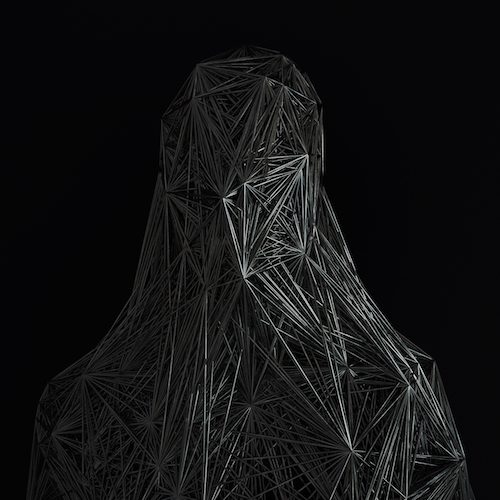 “File under: electronic/hip-hop/grime.” That’s the first thing my eyes focus on when staring at the press release for AUXX’s “23/09.” The next thing I see is “Bath, UK” and that jogs my memory – haven’t we covered AUXX before? Oh yes. Patrick Taylor wrote about him in 2015. This raised my spirits a bit. I know that I have an album in front of me from an established representative of the UK hip-hop scene, and we’ve also had some editorial coverage of what exactly “Grime” is to go along with it. I felt this would be some hard-hitting, fun-loving, anti-traditionalist uptempo hip-hop with a nice cutting edge.

It’s fair to say “23/09” is in fact anti-traditionalist, but not in the way I’d come to expect from the UK’s filthiest export. That’s my own fault for not seeing Patrick described AUXX (pronounced AWKS) as filling “a nice space between being experimental and accessible.” The experimental part was self-evident when my s/o walked in and said “What the hell are you listening to?” Coincidentally at the time I was listening to the title track of “23/09” featuring Jean Deaux (pronounced Zhean Doe). It’s definitely “electronic” and occasionally “hip-hop” when Jean’s bars are thrown on the beat, but I think calling it “grime” would be stretching it although it does pick up speed 75 seconds in for a brief spell. The best compliment I can offer this track (and I’m being dead up) is that it sounds like the soundtrack to a sci-fi anime set in the YEAR 2309.

It’s hard to evaluate an album like this within the established parameters of hip-hop OR grime, because to my ears it’s not really either one. On the plus side even Yanks with their ears stuffed full of content should be able to understand Proton’s “Geez Louise” lyrics on tracks like “95 Degrees,” although AUXX purposefully makes that harder in the second verse by cranking up the distortion level of the vocals. This gives Proton a mechanical quality that fits right in with the overall futuristic feel.

Some of these songs offer no pretense of being hip-hop at all. “Underlying the Beautiful” isn’t quite electronic and it isn’t quite chiptune either. It falls into some interesting netherworld between the two where it seems like a robot and a satellite are trying to communicate with each through music but don’t understand the basic language. One blips and beeps like a 1950’s computer stereotype, the other pings it with sonar, and the two are set to a drum track which sounds like dice being dropped into a wooden tray and rattled around. “Experimental?” Hell yes.

I love albums like “23/09” that break from established norms and try something new. When you’ve been listening to and reviewing music for close to 30 years, anything that’s not the same old same is a welcome change. It’s also incredibly hard to recommend an album that seems tailored specifically toward the jaded reviewer as something for the budget-conscious consumer. You won’t be dancing to this. You won’t be bopping your head to this as you drive around in your whip. You won’t be sipping on gin and juice and reminiscing on your favorite hip-hop memories to this. In fact I honestly can’t say what if anything you’d be doing to “23/09,” which is why I have to again fall back on anime. This is cut scene music. This is AMV music. This is two lovers in mid-tryst being interrupted by a psychic police squad with laser pistols pointed at their heads. Now I’d watch the hell out of that show, and AUXX’s music would fit great into that presentation, but if you want anything from old school boom bap to new school mumble rap this is none of any of those things (and pleasantly so) but hard to recommend on that basis.