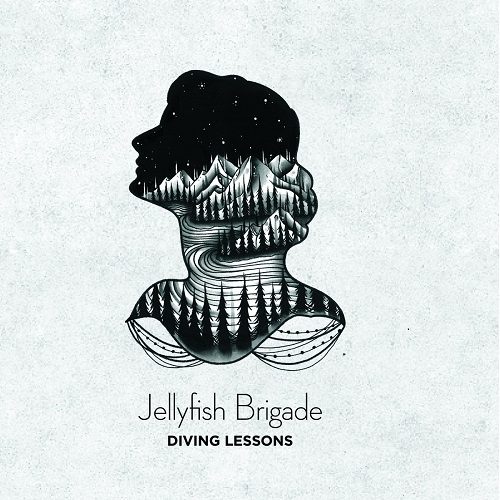 On the periphery of notability, beyond the boundaries of exhaustive encyclopedias that exhaust your patience by considering reality TV stars more important than real artists, there exist groups like Jellyfish Brigade. If you like living your life way past the margins of the page, you live for groups like the one formed by Lucas Dix (vocals) and Jeffrey Acciaoli. It doesn’t matter whether your chosen genre is rap, rock, folk, metal, jazz, blues or country – life is richer than the mainstream artists with major label support.

The pleasure and the pitfall of going over the edge is that you may not know how to interpret what you find. You could time travel “Doctor Who” style to the past and show someone from the height of Egyptian civilization an iPad – and on that iPad you could load famous paintings from Rembrandt and Picasso – and despite the obvious beauty of the images the complete bewilderment with the technology would get in the way. Even if you move beyond the device and produce a physical print of something like The Persistence of Memory, there’s little way to resolve the meaning behind it unless you have the context in which it was produced to draw from.

Let me offer you a little context on Jellyfish Brigade so you can better grasp what they’re trying to say. Both men are Portland residents, and were friends before they were a group, but they were doing completely different things. Lucas was hip-hop and ya don’t stop, Jeffrey was edgy and electronic, but one thing creative artists have in common is the impulse to experiment. Lucas took some of Jeffrey’s beats, tried flowing to them, shared the results with his homey (who was sleeping on his couch at the time) and it clicked. The name Jellyfish Brigade seems odd, like it was chosen from a random word generator, and for all I know it was. Jellyfish do travel in swarms though, and when this Brigade swims, they create funky unorthdox hip-hop that proves they’re more than just the other fish in the sea.

The style of the music is not easy to describe – but the emotion of it is somewhat easier to grasp. Lucas channels frustration and rage on “Burn Fast,” noting that he’s “learned that you should do whatever helps you make it through the times.” Some like “Agates and Anemones” are quite frankly depressing. “Yesterday I woke up and I was 60/with wrinkled skin and some aching bones/tomorrow I’ll wake up and I’ll be 12/with scabbed elbows and an AM radio/today I woke up and I was here/confused by the setting in my age/I’d be a step closer to the whats and the whys/but time keeps on getting in the way.” The song title is worked directly into the lyrics though, as he finds both on the beach or in adjacent tide pools, and could be as close to a “theme song” for the Jellyfish Brigade as you’ll get.

Some references are definitely specific to them, and much like melting clocks, only understood if you come from the time where everyone had timepieces. I live nowhere near Mount Hood in Oregon, but if you did then the title of “Wy’East” would make perfect sense. Some songs need absolutely no explanation though – “If I Were King” has that boom bap meets singing quality of “808’s & Heartbreak,” and though I never expected to compare Jellyfish Brigade to Kanye West there was no denying how well it fit the song on further reflection. The relatively fast 36 minutes of “Diving Lessons” do require further reflection, making you dive deeper into each song to figure out Lucas’ layers of metaphors and Jeffrey’s unorthodox production style. It’s not going to make perfect sense after one listen – and it may not after 101 either – but I do know that hip-hop is better for having groups like Jellyfish Brigade in it.