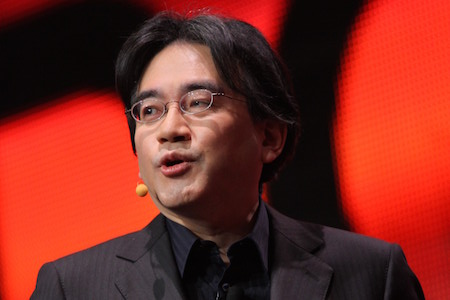 I’m a life long gamer. It’s as inseparable from my personality and identity as hip-hop and professional wrestling. I’ve hinted at this a few times in other articles and editorials about nostalgia and Amiibos, but the sudden passing of Nintendo President Satoru Iwata on Sunday has given me more time to pause and reflect on what that means to me because of what it meant to Iwata.

Numerous bios have already pointed out that Iwata was a unique man to helm Nintendo, as he was a former programmer and game designer who rose in stature and respect through his early career at HAL Laboratory, a developer known for its close association with Nintendo (some would even consider it an affiliate). Many of the most legendary franchises in Nintendo history come from HAL, including the Kirby and Super Smash Bros titles. One of my favorites is the Mother series, but you probably know it better by the American/European name EarthBound.

Iwata’s role in EarthBound can’t be overstated as he was both a programmer and a producer for the title, working very closely with writer/director Shigesato Itoi to bring his vision to life. Iwata was a genius coder and many articles attest to his business acumen as well, but the most important contribution Iwata to the gaming industry at the helm of Nintendo was remembering what mattered most – having fun. At a young age he made games for his friends on a programmable calculator, and spoke fondly over the years about the pride he felt in creating wonderful experiences for the consumer: “Video games are meant to be just one thing. Fun. Fun for everyone.”

I was an amateur programmer myself in my youth, something I was enthusiastic about up to my college days, and something that helped me transition into writing HTML in the early days of internet websites. I stopped writing code, but I never lost my appreciation for those who did, nor the stacks of Commodore magazines that encouraged me along the way. Writing something that worked and achieved the design goal you set is always somewhat self-masturbatory, but it’s much harder to create something the end user enjoys as much or more than you. Iwata and the designers he worked with strove to achieve that result over and over again, and when he became only the 4th President in Nintendo’s 100+ year history, he sought to achieve the same result in hardware by spearheading the development of the Nintendo DS and the Nintendo Wii, ignoring critics who said the Wii would fail because it couldn’t process as many polygons as Microsoft or Sony:

“Making games look more photorealistic is not the only means of improving the game experience. I know, on this point I risk being misunderstood, so remember, I am a man who once programmed a baseball game with no baseball players. If anyone appreciates graphics, it’s me! But my point is that this is just one path to improved game. We need to find others. Improvement has more than one definition.”

Some of Iwata’s greatest creations stress that philosophy – that you can create a beautiful experience even with the most basic building blocks. He famously said that Tetris couldn’t even be developed today without a movie deal and a multi-million dollar budget, cheekily mocking the “bigger is better” approach to console gaming. His philosophy and his sense of humor can be found in the clip above and in the Iwata Asks series, where the Nintendo President interviewed other Nintendo game developers and programmers. He developed a uniquely personal relationship with gamers as a result – the head of a global titan that makes hundreds of millions of dollars a year yet was still “one of us” when it came to his enthusiasm about gaming. He never forgot to laugh and to inspire laughter in others.

I may have fancied myself a programmer at one point, but I never created anything as legendary as Iwata did, but what I admire and envy about him the most is how humble and gracious despite his obvious “rock star” status as both a coder and the head of Nintendo. When stockholders suggested that Nintendo should lay off employees to make the company more profitable, he immediately responded that it would have a negative effect on morale for those who remained afterward and cut his OWN salary instead. No one man or woman should be put on a pedestal and considered infallible, as we’re all human and capable of mistakes of ego and pride, but it’s hard to find anyone with a bad word to say about Iwata ANYWHERE.

The reason I’m still a gamer after all these years is because no matter your age the Super Smash Bros., Kirby and Mario games are still FUN. Thank you Mr. Iwata for remembering that gaming should always be fun, and for not being afraid to laugh and have fun yourself. It’s unfortunate that you were taken from us so soon, but you didn’t leave us empty-handed – you gave us joy that will live on for generations to come.