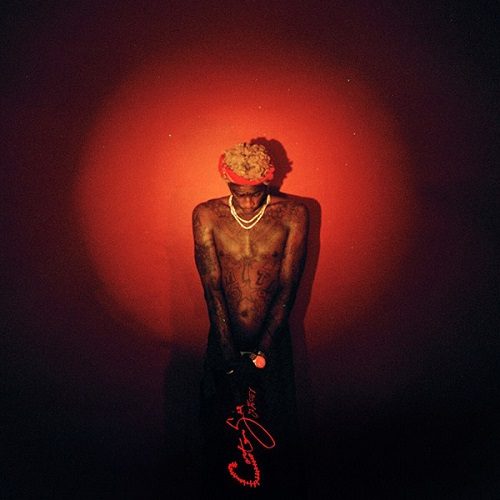 If you weren’t already under the impression that the relationship between Cash Money and Lil Wayne was strained, the “Barter 6” album from Young Thug should be the final nail in the coffin. It’s not a Cash Money release, but Birdman is the executive producer on the album, and makes two cameo appearances on “Constantly Hating” and “Knocked Off.” It actually gets deeper than that though. The album was originally titled “Tha Carter VI,” which seemed to be a direct shot across the bow to Weezy, who has loudly and publicly complained that Cash Money is sitting on “Tha Carter V” without releasing it. Changing the name from “Carter” to “Barter” isn’t fooling anybody though, and actually stirred up even more curiosity about Young Thug’s alleged gang ties, something which has already had the young rapper feuding with the likes of The Game and Glasses Malone.

Regardless of whether or not he’s going to claim innoncence on the name change and coincidence on his alleged dissing of Crips in the past, it certainly can’t escape notice that 8 of the album’s 13 tracks are produced by a man simply labelled as “Wheezy.” Any of these things individually could be written off, but collectively they paint a picture of a man purposefully taking shots at Dwayne Carter, and probably being encouraged to do so by his management. Even that issue is under a hazy cloud of controversy, with Thug adamantly declaring he’s not signed with Birdman or represented by Rich Gang, yet the aforementioned cameos and producer credits suggest that they’re at least friendly with each other. They’re certainly friendlier than Birdman and Wayne are right now. Maybe taking a closer look at one of the songs they tag team here can clear it up – what’s “Knocked Off” all about?

Birdman: “Keep – your mouth closed boy, cause we aimin fire
I just might one night her, show love and wife her
Hey – I’m bangin green like the lizard in Geico
I pull up and wet you and burn yo’ top like Michael
I got bullets bigger than fingers in rifles
It’s big B’s with a hundred G’s in each one of my pockets”

Young Thug: “I’m gon’ beat that p#%@y up just like a champion
I’m a beast inside these streets like a barbarian
Told my baby next February we’re married
We laughin at these p#%@y boys, they’re so hilarious”

That clarifies nothing. It’s just a bunch of bragging from Baby and Thug about their wealth and sexual prowess. That’s pretty much Young Thug’s style on the whole though. The Atlanta rapper has more in common with Future than Tunechi, including his proclivity for singing and AutoTuning his flow, and a thickly slurred delivery that fans probably visit RapGenius to figure out. “Halftime” certainly shouldn’t be confused for the hip-hop classic by Nas, although the Kip Hilson instrumental has a big boom that’s pleasant to drive around to and should have neighbors calling the cops on you. If you’re going to talk s#%! and brag you might as well do it with the confidence Thug has: “Every time I dress myself, it go muh’f#%@in’ viral/They say niggas stealin’ swag, bring my shit back like recycles.”

The hype over Young Thug seems somewhat exaggerated. I’m not hearing anything groundbreaking or new in his delivery, the cleverness of his metaphors, or the topics that he discusses. In fact songs have only the slightest relationship to their titles whatsoever – “Od” references overdosing in the chorus and literally nowhere else. It’s only when the titles get vague that the topics match up. If you call a song “Amazing” then you can easily claim that any kind of bragging on the song is about just how “Amazing” you are. Then again the song hits a rare moment of honesty on the hook when he says “What’s amazing? I don’t know.” WORD. One of our readers requested this review, and honestly stroked my ego the way horny females apparently stroke Young Thug’s d@%!, saying “You have to do it because you’re the best writer on the site.” I can’t say that’s fair to our very talented and capable staff but reader you win because I took the bait and took on “Barter 6.” I don’t regret it, but other than the fact there’s a none-too-subtle tit-for-tat between him and Lil Wayne, I just don’t get why people are into him. It’s cotton candy hip-hop that’s enjoyable to consume but has no real substance.