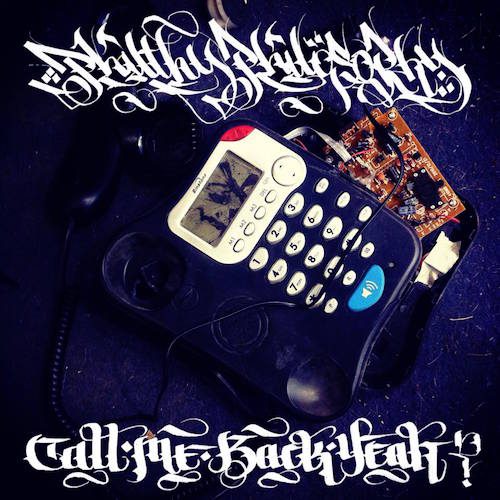 Philthy Phil :: Call Me Back, Yeah?

Officially RR’s UK Month doesn’t kick off until November, so let’s consider Philthy Phil an unofficial sneak preview. Phil hails from Newcastle, which for some Yanks may be more closely associated with a brand of beer or a football (soccer) team than the sixth largest metro area in the United Kingdom, with a population last estimated at 1.65 million. For comparison’s sake that’s about the size of Nashville or Indianapolis. Of course neither of those U.S. cities can trace human settlement back to Roman times, but that’s to be expected in many of Europe’s major urban centers. Suffice it to say that Newcastle upon Tyne (the full official name) has a rich history, a diverse demographic, and a thriving cultural scene.

Into that mix comes Philthy Phil, a rapper whose bio hints that his album will be “an intro to haunted corners of the psyche.” That’s appropriate given this review’s close proximity to Halloween. Phil is also described as an “underground scourge,” which may or may not be apt given I’d need more of Phil’s compatriots from the Newcastle scene to compare him to. He’s got an American style boom bap to tracks like the Illinformed produced “Wierddog” though, which features scratched in samples from Large Professor and Big L in the intro.

It’s admittedly a bias on my part based on the accent, but UK rappers often sound Jamaican toasters to me, particularly in the emphasis pronunciation of short words starting with “th” – dat, dem, dere. I actually suspect that a thousand years from now (if humanity doesn’t wipe itself out long before that) the linguistic drift will have us all pronouncing English words this way regardless of country of origin or ethnic background. I’m not an expert by any means though so this is just a hunch. Back to Philthy Phil – he tends to favor a short form presentation to his tracks – meaning no song on “Call Me Back, Yeah?” runs longer than three minutes. It’s highly effective since it gives you just long enough to nod your head to tracks like the 2Late produced “Hocus Pocus” before you might tire of his somewhat monotone delivery.

“Call Me Back, Yeah?” definitely shows promise, but it’s a little bit vexing to get a grasp on a rapper whose entire release is shorter than the opening segment on Monday Night Raw. On the other hand those same opening segments are often a tedious bore, and I can’t say the same for Phil’s dark, grimy tracks. The only real fail to me is “April Rain,” which has an instrumental that’s so miminalistic it might the song might as well be an acapella freestyle. In fairness I’d also say that when trying to establish yourself on such a short album you might not want to share the spotlight with other rappers on songs like “Bouncing Ball,” although their contributions are indistinguishable from Phil himself so I guess it works out in the end. As always with English emcees your mileage may vary based on the accent, and his is stronger than some, but my biggest knock would actually be for Phil to loosen up a little. He’s trying so hard that it constipates his flow at times, but the talent is there, so just leave the poo in the loo and have a little more fun.