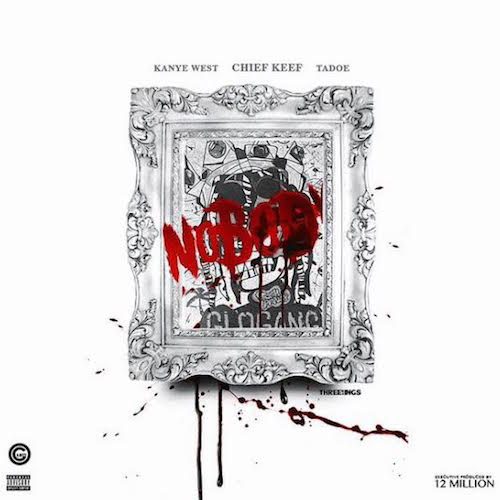 The most important part for any review of drill rap is the first paragraph. It’s necessary to make it clear from the outset a respect for the artform, its importance in documenting the grim truths of life in cities racked with poverty and violence (particularly in drill’s native Southside Chicago), and its willingness to abandon the traditional hip-hop forms in favor of more experimental beats and (AutoTuned) flows. Whether you consider yourself a fan of drill or not, it’s an important and necessary part of hip-hop. Just as the explosion of gangster rap from California and the South worried parents and pundits in the 1980’s and 90’s, drill rappers are what kept them shook in the 2010’s. The parallels can’t go unnoticed.

Like my RR compatriot Patrick Taylor I’ve spent a lot of time trying to both appreciate and discern what it is Chief Keef has to say to us all. Among the positives he points out are the production that Keef tends to use: “hard cavernous bass, icy synths, and rattling hi-hats.” Drill can definitely have a hypnotizing quality if you just sit back and let the music and lyric singing wash over you. And if you’re paying attention for long enough, you can occasionally hear a story emerge, as it does on the title track of “Nobody” produced by Kanye West.

Keef: “What’s all around, fake niggaz act friendly
Cause I’m on now, gotta keep it near me
Cause niggaz’ll smile, but really be frienemy
Bitches act down, but really ain’t into me
They just want my count, heard I got them millis
Can’t go like that now, I’ma keep it pimpin
Pistols all around, don’t try and catch me slippin
Remember my momma used to whip me
Now I can buy her ass anything”

Keef has definitely overcome a hard scrabble, hard knock life in Chi-Raq to achieve success – which to him includes “buying anything I want, f@%#ing any thot I want” – but importantly still references the woman who raised him and gave him the tools to succeed in this world. You can’t blame him for wanting to keep what he’s earned, spend a little on fun, and take care of his momma some with the rest. Other songs reference that fun in greater details, such as Keef’s self-produced track “Hard.”

Most of the album is produced by 12 Million though, who turns in his best efforts on “Oh Lawd” featuring Tadoe and “Fast N Furious,” which references the late Paul Walker in what is both tribute and a potential indication of Keef’s recklessness. This too is indicative of the drill music style though – an uncompromising nihilism with the YOLO turned up to the extreme. If you live in a neighborhood where violence is a daily occurrence this mindset this becomes almost mandatory. You live for today because there IS no tomorrow – there’s only right here, right now.

As fascinating as this all can be when broken down to the smallest organic compound, the weight of the world as the CD spins ’round becomes a little heavy. That same nihilism leads to Keef’s personal deattachment, making you feel like he goes through the motions, simply rapping about the topics his fans expect him to without any joy in the process. The AutoTune gives his raps a musical quality but not an emotional one. F#%#ing hoes, doing drugs and making money ought to at least be fun – you want Keef to “Push it to the Limit” like Tony Montana and Rick Ross. Unfortunately the monotony of the topics and the delivery ultimately takes over. “Pit Stop” is aptly named – you need a break from the bleakness and the fact he doesn’t seem to care. He rhymes “work” with “work” eight bars in a row.

Let’s bring this all around full circle to where we started. Drill music is important, Chief Keef is an important representative of the art form, and at times there are tracks on “Nobody” that convey both of those things to a larger audience. What Keef needs though is to be more selective in the songs he releases. He strikes me as the young emerging talent who records every idea he has, but then is unable to objectively look at them and say “Nah I’m not feeling that” and discard the less worthy tracks. Fortunately his fans don’t seem to mind and judging by his downloads he’s got millions, so he can continue on in this fashion on “Nobody 2” and however many sequels there are to come for the foreseeable future. My hope is that Keef will believe in himself more, believe IN that future, measure his worth and value it. He could be the voice of a new generation that shows Chicago what it doesn’t want to see, warts and all, and could build platforms for those around him to have a voice too.