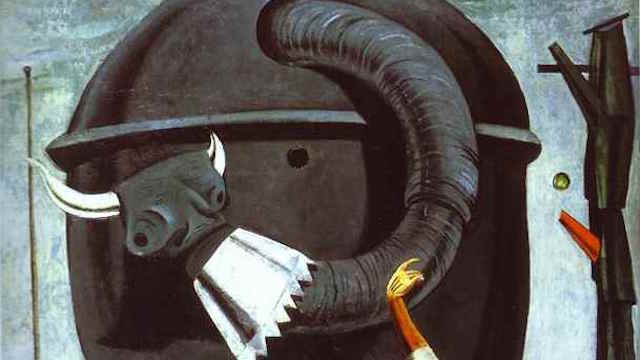 I can honestly say this has been one of the trickier lists I have attempted to compile. “Surreal” is a word that evokes so many connotations, but the best synonym is “bizarre” which is why I included it in the title. I’m not attempting to adhere to the surrealist artistic movement or follow the precepts of it as laid down by Andre Breton; rather this is more an attempt to showcase hip-hop videos that have a surreal quality.

What does that mean in this context? They may not make sense from a plot standpoint – a narrative you can follow from beginning to end. They may seem dreamlike in that respect. They may also use images that don’t seem rational, juxtapose things that don’t belong together, or be what might seem to be the fevered imagination of someone tripping on acid. Then again they might seem to make sense on first inspection but over time something seems to be “off,” and the longer you look at it the more that feeling grows, until like the famous “Too Many Cooks” video you are compelled to finish even as it becomes more and more weird and disturbing. One could say Tyler, The Creator is at the forefront of modern rap’s surrealist movement so it’s appropriate we start with him, though Kool Keith is arguably one of the most recognizable surrealists in rap history.