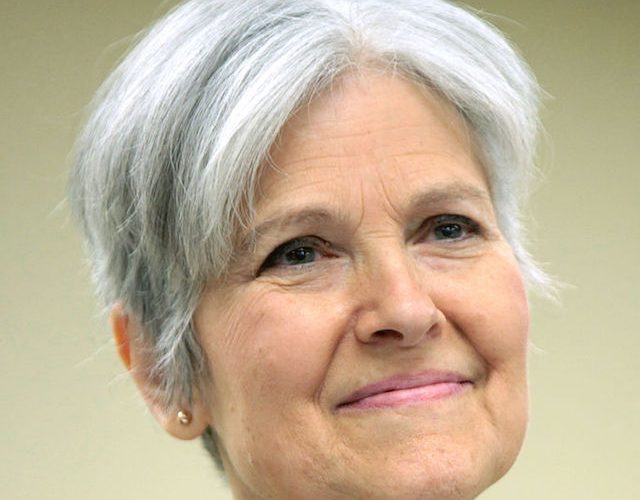 Is There a Viable Third Party Candidate in 2016?

To avoid all confusion before I progress with this editorial, the term “presumptive candidate” used here means “expected to win their party’s nomination” even though neither the Republican nor Democratic race to field a candidate for President of the United States has officially concluded. As of May 10, 2016 though the delegate count has both Donald Trump (R) and Hillary Clinton (D) within striking distance of having the minimum # of delegates they need to go to their party’s convention and be chosen on the first ballot cast.

The woman you see to your right, photographed by Gage Skidmore, is the Green Party candidate for President in 2016. This doesn’t presume that she’s my choice of candidate, nor that she’s any more viable than any other candidate out there, but of the current field of those who are neither Democrat nor Republic she’s one of the most famous and/or successful. In the the 2012 election she finished fourth with 469,627 votes nationwide – making her the most successful woman to run for President since Shirley Chisholm in 1972. Obviously if Clinton remains the presumptive nominee she will surpass the vote totals either of them received.

A friend suggested Stein to me when I told her I wasn’t comfortable with either Clinton or Trump, and as a registered independent I couldn’t find a reason to pitch in with either side. Trump’s history of bigotry and buffoonery is by now well documented, and so is Clinton’s record of political scandals and cover-ups from Whitewater all the way up to emailgate. When faced with someone you can’t trust on the left and someone you can’t stand on the right, the old maxim about “the lesser of two evils” simply doesn’t fly for me any more. I don’t want to choose between evil and evil – I want to choose to vote for somebody who actually represents GOOD regardless of how unlikely their chances of winning a single electoral vote might be. It’s not a “protest vote” at all – it’s a vote that in good conscience I can live with.

Is any third party candidate viable in 2016 though? To answer that question one need only look to the recent past and see that several candidates running as outsides actually did quite well. John B. Anderson received nearly 6 million votes in 1980. Ross Perot received nearly 20 million in 1992. Ralph Nader received nearly 3 million in 2000. Critics would have you believe third party candidates never have any chance of succeeding in a Presidential election, but Theodore Roosevelt came pretty damn close in 1912. Besides when you can get one million people out of 300 million in this country to buy an album, we certify it “platinum” and declare it a huge success. Even a Libertarian candidate you’ve probably never heard of like Gary Johnson went “platinum” in 2012.

The real failure of third party candidates can be viewed as a result of both the Republican and Democratic parties attempt to stack the deck against them being taken seriously by the mainstream media — even fostering the false notion that a third party vote is “a wasted vote.” The only wasted vote is the one that’s never cast. As long as you vote you’re making a statement about the kind of representation you want, and even if that’s a true protest vote such as writing in “none of the above” you are making your wishes known and opinion heard. Voting for a third party candidate is about following the courage of your convictions that the status quo isn’t good enough, nor is accepting that one person with one vote can’t make a difference. There may not be a truly viable third party candidate popular enough to win again in my lifetime, but that doesn’t discourage me in my search for one. It still beats the Republican or Democratic alternatives.