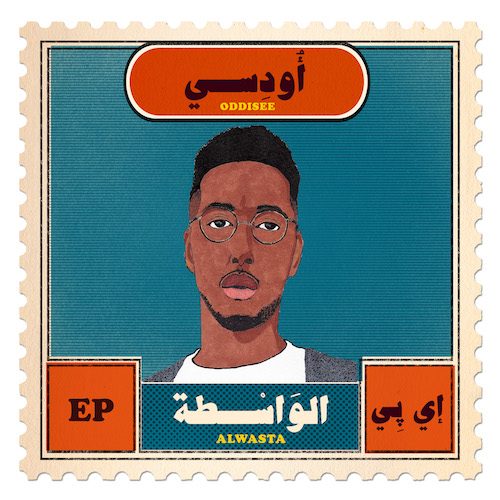 “Young, feeling like a dinosaur – I’m coming from an era
where we knew each other’s business
But like diamonds and the oil we just minded more
They say real becoming harder to find
That’s good news that mean a lot of you is probably dying
or moving out the city cause of all the property buying
let alone cover rent on the crib each month
So you move to LA where you can still cheap stunt
Can I get a witness
Black entrepreneur here can I get some business
Taking out a lone not asking foregivness
Just take away the stone hard place wasn’t lifting
cause it landed on me, I ain’t land on it
Grandma never cussed like daggonit
Frustrated free, I’m picking locks
cause time still sitting in a box” – “No Reservations”

It’s rare to find a hip-hop artist you can trust implicitly but I’d have to say Oddisee falls into that category for me thanks to consistently high quality albums whether solo or part of a group, whether rapping or producing. In my personal bias he’s hanging out in the same upper echelons as J-Live, Blueprint and Aesop Rock. A disappointing album from any of them is so unexpected that if it happens I wonder if there was some personal tribulation that caused them anxiety and disharmony that bled over into their music. It would cut that deep.

Thankfully “Alwasta” isn’t that release even though I admit I probably put too much stock in Oddisee and eventually it’s unfair to expect him to live up to those expectations. Perhaps that’s why you can catch him making references to Lauryn Hill on the song “Catching Vibes.” She too reached an incredible amount of greatness and was expected to constantly succeed at that same level every time out, but in her case the pressures seem to have caused breakdowns that made it impossible to be what people wanted from her. For Amir Mohamed el Khalifa his star is still shining bright.

“I’m here and now so count my blessings
More in store, more corridors that I’ll explore
And all in time I’ll cross their thresh
and be better than ever before – to think
I was stressing over things that by tomorrow I’ll forget and blink
In a second switching direction, I’m on a new wave
Try to focus only on progression, it’s all in day’s
working, working, working on the lessons
Started feeling better about the answers
I was getting in the mirror asking questions
I am all that I invested in
Who else then, put my first, put me latter
I’ma find a way regardless it’s whatever
I’ve come so far, I think I blossom when I’m battered
So what you’ve got to say, it don’t matter
I keep climbing, I keep flying
Lauryn Hill must be somewhere near I see +Zion+
I see so much that could change on the horizon
Let’s get vibrant one more time then”

The thing that’s consistently refreshing about Oddisee is his humility. He’ll downplay his own talents with lines like “I’ve got far less control over things than I think I do” and “I just need some time to reach my full potential.” Little does Khalifa know though just how much he downplays what he’s got to offer in a world where poorly sung raps have become the commercial standard. Perhaps a throwback soulful track like “Slow Groove” is out of place in a world of Migos and Young Thug but the pleasant vibe and playful humor of this song is exactly the cure for everything that presently ails me in hip-hop.

The problem with having to score albums is that it’s often all people focus on. People will ignore a thousand words and let a few numbers sum everything up for them in a few seconds. If you feel me on this then let me tell you that I’m giving this an 8.5 for the very fact I AGREE with Khalifa – I think “Alwasta” is great but I think he’s shown time and again the potential for even greater things. That’s the only thing this score means to me. It doesn’t make the 30 minutes of music here any less worthwhile than anything scored 9 or up – it just means that Oddisee is honestly ever so slightly short of an all time classic. That’s still so damn good that you’re going to be replaying “Alwasta” repeatedly ANYWAY.