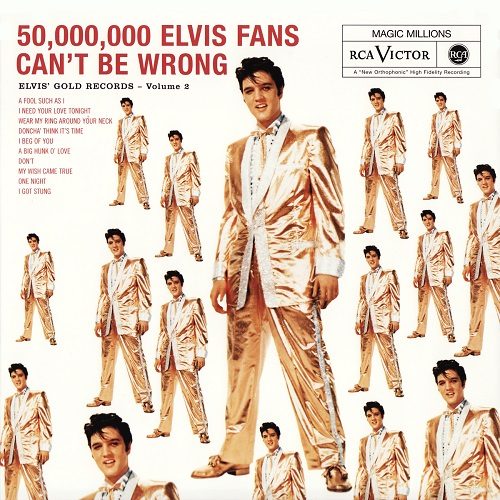 For a long time ‘fans’ was nothing but a four-letter word to me. Fans in any area, I would look down on them as intellectually and emotionally stunted individuals who hang on to heroes and legends (or rather evanescent present-day versions thereof) because their mindstate and mindscape are so miserable they need a surrogate to devote their childlike affection to. In my mind it was okay to set one’s heart on someone or something as a child or an adolescent to establish your own identity, but when you’re past a certain age, you are your own individual who shouldn’t have to identify with sports teams or random celebrities.

Some of my reservations remain. People are fans of increasingly more trivial things like consumer goods or places to visit. Companies strategically foster millions of fans with their marketing campaigns. You can’t partake in social media without being the ‘friend’ or ‘follower’ of someone. If they happen to be famous or corporate, the seemingly ‘social’ interaction you engage in with your clicks and comments is simply part of their business scheme. In everyday language, the term ‘fan’ has all but lost the individual character it used to have, even more of a reason to avoid being a fan.

At the same time, if you knew me personally, you would know that I spend a lot of time with rap music, hip-hop, whatever you choose to call it. I may even come dangerously close to a bad cliché of a fan, greatly lacking in what I admire so much. I’m the guy who wouldn’t know how to hold a microphone, let alone rap into it. But there’s undeniably a fan somewhere inside of me, as much as I want to distance myself from fanning.

My excuse has always been that I’m a fan of rap, not of rappers. Meaning if you chose to express yourself with rhymes and beats, there’s a good chance that you have my approval and support, just don’t expect me to camp out in front of your hotel, hang your poster on my wall, follow you on Twitter, Instagram or Snapchat, pledge for your Kickstarter campaign, know the names of your kids, buy the products you endorse, embrace the lifestyle you promote, pick up your inspirational memoirs, go see your screen debut, watch your long-running drama series, or basically show interest in anything that does not closely pertain to your music.

But lately I experience these strange episodes of sentimentality. I’m having fan feelings. Personal, individual feelings. Last year I was overwhelmed by the ‘Straight Outta Compton’ movie, feeling proud of what these guys achieved. Proud of Ice Cube and his son’s portrayal of his father. Not long before I had been subject to a rush of intimate familiarity when an EPMD interview came on. Just hearing Erick Sermon’s and Parrish Smith’s voices across the TV felt like a family reunion – with me being somehow part of it. And the other day, out of nowhere, I felt the urge to give Fat Joe a hug if we ever happened to cross paths. A rapper who I never counted among my favorites and who I became additionally estranged from over the years.

Without wanting to search my soul too deeply, one reason is certainly that the sense of loss is becoming more haunting with every year that passes. My kind of rap isn’t being made anymore. Not on that kind of level anyway. It won’t be coming back, that old New York rap. There was no Run-D.M.C. without Jam Master Jay. There are no Beastie Boys without MCA. There will be no Tribe Called Quest without Phife. Iconic rap figures have died to an almost traumatic degree – for an older rap fan. If all these deaths have made something clear to me, it’s that the relationship between star and fan is invariably a personal one. Individuals made me love rap music.

The good news is that the relationships which fans entertain on their end can endure even when the artist has stopped being active. Some even establish such relationships long after the artist’s death. And even when these relationships seem almost entirely one-sided, they can be incredibly intense and stable, they can be revived, sometimes after decades, etc. And as any artist in any genre will attest, having fans and being able to keep them is probably the most rewarding aspect of a career in showbiz. There is sometimes a degree of connectivity and communication that creates very close bonds, whether it’s with individual fans or the collective fanbase. When stars thank their fans, it’s not just an empty gesture.

People who care is a positive thing in a day and age where people typically don’t care all that much. It’s good to be enthusiastic about something or someone, even if other people think your dedication is stupid and a waste of time. The building of a fanbase, of a truly solid, loyal fanbase, is something to behold. There are thousands and thousands to whom someone like Kanye West means much more than to me, and that’s totally weird if I think about it, but it’s also necessary. Popular music doesn’t exist without true fans. It’s important to express your loyalty towards musicians, especially at a time when you don’t necessarily buy their music. It’s also important for fledgling stars to have been fans themselves at some point, if not, the chance they grow up to be arrogant assholes is much bigger.

So here’s to you fans. For those about the rap, I salute you. The others, stanning individual artists (and ignoring others), I respect your devotion. Fans ARE worthy. Word to Wayne and Garth. (Why can I only think of rock references?) I’m still of the opinion that fandom doesn’t gel as well with rap as with other genres and my ideal of the artist-audience relationship in hip-hop is one that should quickly mature after the honeymoon is over. Because my kind of rap is mainly rational – and explicitly not emotional in the sappy sense. I like to be my own man. And I expect the same from rap and rappers. Not to mention that hip-hop originally was created by peers, not by an industry seeking to exploit the feelings of young people and the wallets of their parents. I can’t help myself, rap acts with large followings or cult followings still tend to turn me off. Unreflected veneration almost ruined some of the legends for me. Ultimately, however, I realize that my love for rap finally got the best of me and – yuck! – resulted in love for rappers.

To see myself as a fan is quite an experience for me. That sense of weakness and losing control is hard to handle, and I really hope I can get around having to give Fat Joe that hug. So why not thank him here, matter-of-factly, for all he has given me with his music, as well as all the others, dead and alive. I’m eternally grateful I was able to witness such a prolific period in music and wish today’s followers of artists that I likely will never be a fan of all the best in their relationship. This is your time. But let me leave you with the following words from Apathy, the kind of voice of reason that initially made me stay with rap music: